(HARTFORD, CT) – Governor Ned Lamont today announced that he is proclaiming Friday, April 5, through Sunday, April 7, 2019 as “Husky Weekend” in the State of Connecticut in recognition of the UConn women’s basketball team playing in the NCAA Final Four tournament. This will be the team’s twelfth consecutive appearance in the Final Four.

“The UConn women have once again given it their all and inspired a generation of fans with their dedication, determination, and strength,” Governor Lamont said. “Nobody can match the power of these players. We want each of them to know that they have the support of the entire State of Connecticut and we will be cheering them on this weekend.”

The governor is urging all Connecticut residents to show their Husky pride this weekend by wearing UConn Huskies gear, displaying UConn flags and signs, and sporting blue and white.

UConn is scheduled to play the Notre Dame Fighting Irish in the Final Four tournament on Friday at 9:30 p.m. 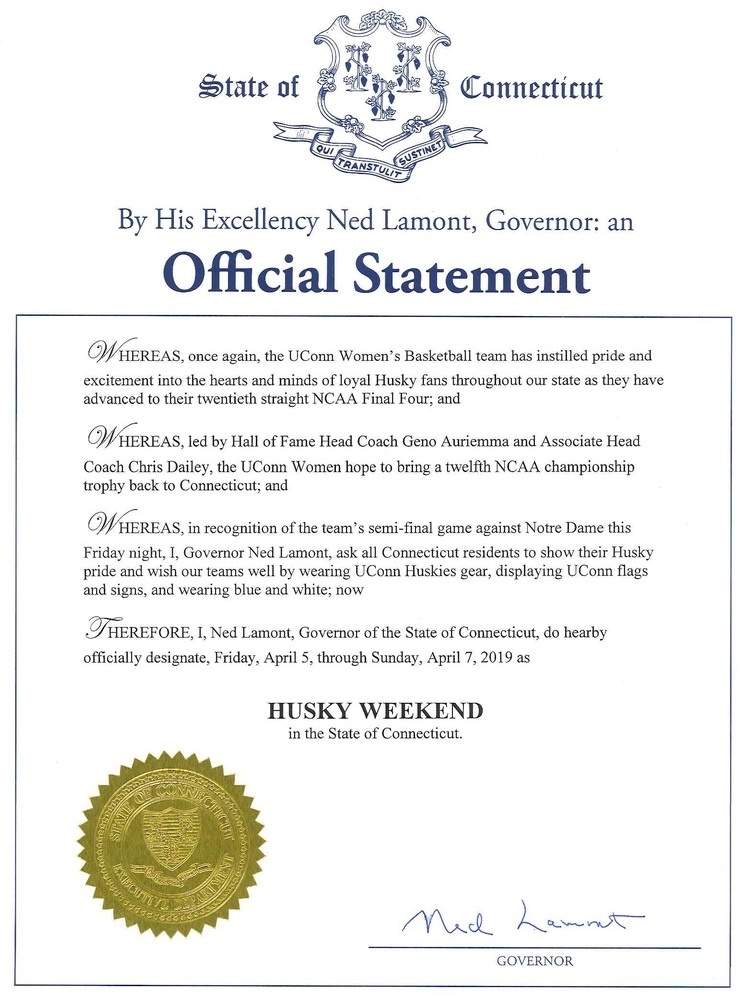