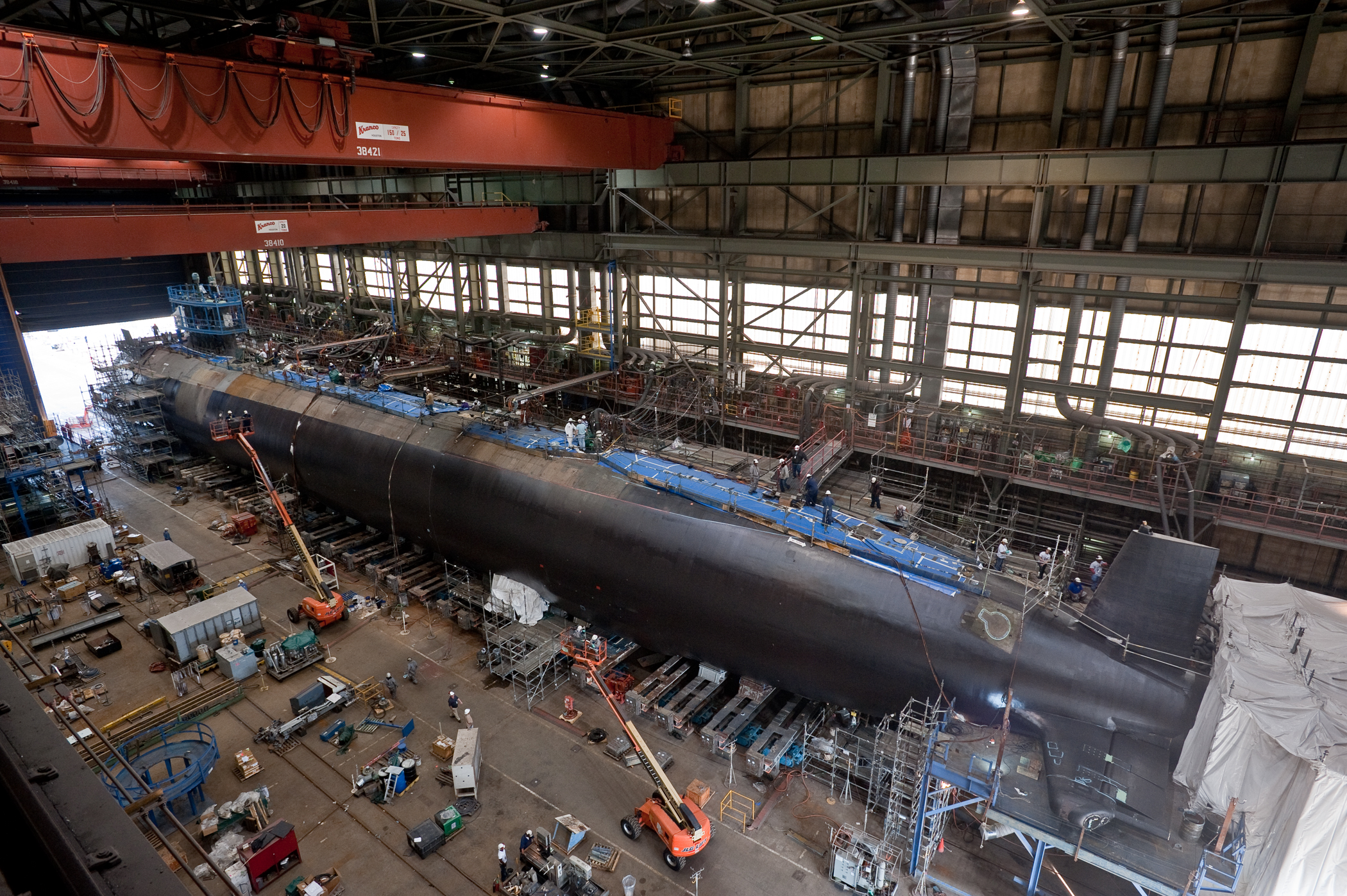 USS Minnesota (SSN-783) under construction at Newport News Shipbuilding in 2012. US Navy Photo
WASHINGTON, D.C. — The Navy plans to buy a second Virginia-class attack submarine in Fiscal Year 2021 to keep the industrial base building two SSNs a year even during Columbia-class ballistic-missile submarine procurement, several Navy officials confirmed today.
Due to concerns about overwhelming the two sub construction yards – Huntington Ingalls Industries’ Newport News Shipbuilding and General Dynamics Electric Boat – with too much new work, as the Block V boats are set to include a new Virginia Payload Module section around the same time SSBN construction will begin, the Navy previously planned to buy just one SSN in years it also bought an SSBN. Due to an impending attack sub shortfall, though, Navy plans have continued to up and up the amount of work that could come to the two builders.
“In the past we had anticipated dropping down our submarine construction, our attack submarine construction, during years of the Columbia program procurement,” Acting Navy Secretary Sean Stackley told the Senate Appropriations defense subcommittee this morning.
“In fact, we intend to, and we’re laying the groundwork, to sustain [a] two submarine per year procurement rate – because that is our number-one shortfall.”
Acting Navy acquisition chief Allison Stiller told the House Armed Services seapower and projection forces subcommittee this afternoon that the Navy officially added a second SSN in FY 2021, and that it could even add a third attack boat in 2022 and 2023 – the years in between the first and second Columbia-class boomer.
Stiller explained that a Block V multiyear procurement contract is expected to cover 10 ships from FY 2019 to 2023. Options could be added to that contract to cover additional submarines the Navy may choose to buy as its fleet buildup plans become clearer, pending a Pentagon defense strategy review this spring and summer. 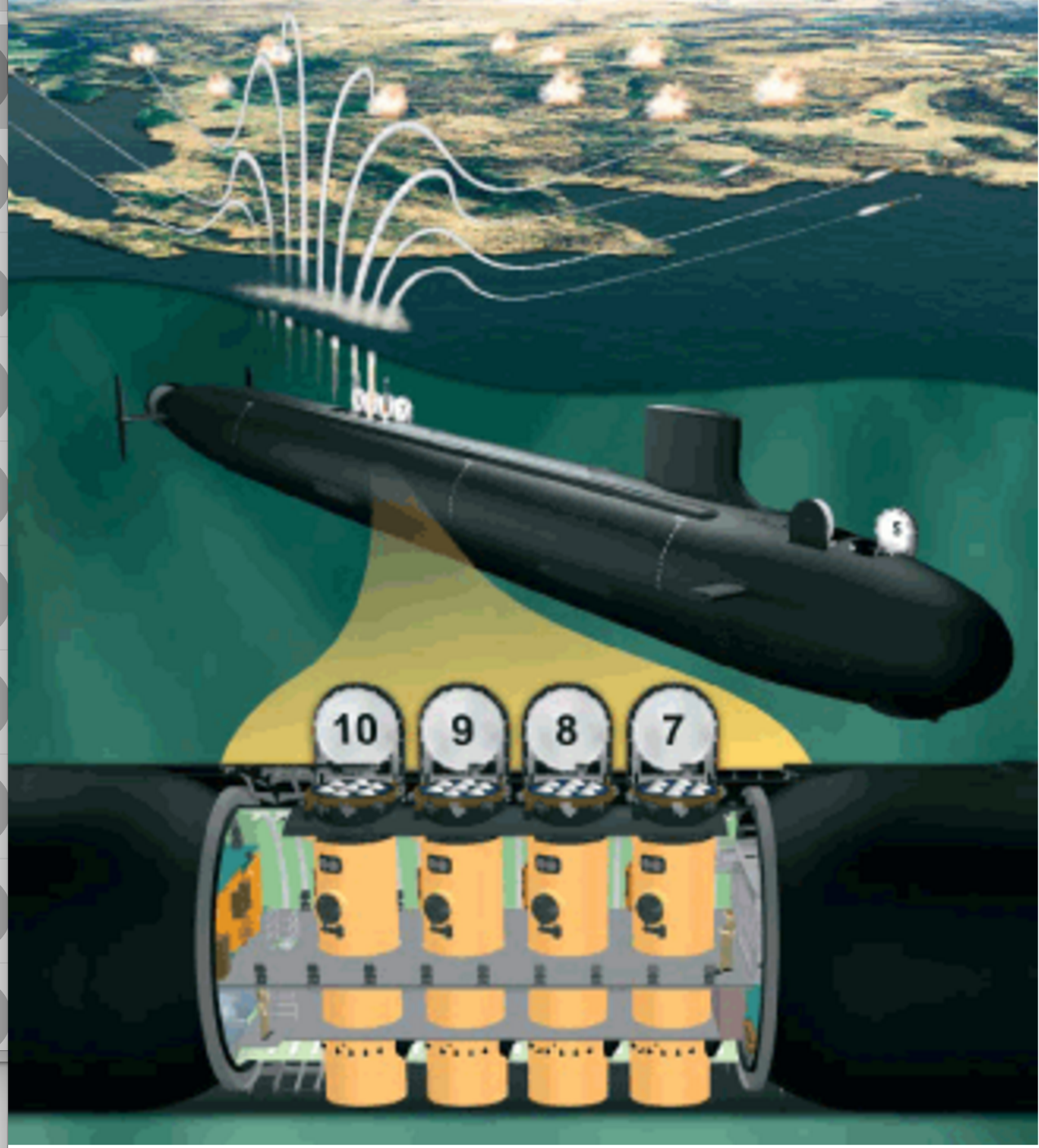 Artist’s concept of the Virginia Payload Module.
“FY ‘22 and ‘23 are the years we are not building a Columbia, so those are years, when we looked at the future fleet plan, we identified that would be an opportunity to get to three a year,” she told the subcommittee.
Chief of Naval Operations Adm. John Richardson told USNI News after the Senate hearing this morning that the Navy desired as many submarines as it could get without breaking the industrial base or breaking the bank.
“As we look at our two submarine builders, Newport News and Electric Boat, we all want to build as much as that team can produce and that we can resource. So that’s sort of the trade space. We’ve done a lot of assessment of that industrial base, we think they can handle it but we don’t want to overload them, so finding that balance point,” he said.
“I think the White Paper spoke pretty strongly to that; all of the assessments, both inside and outside the Navy, talked to the need for more shipbuilding, bigger Navy. … And then there is kind of a consistent support or a declaration of the undersea part of the Navy. So you put all those three things together and it’s hard to find a part of our Navy that we’re more committed to than that.