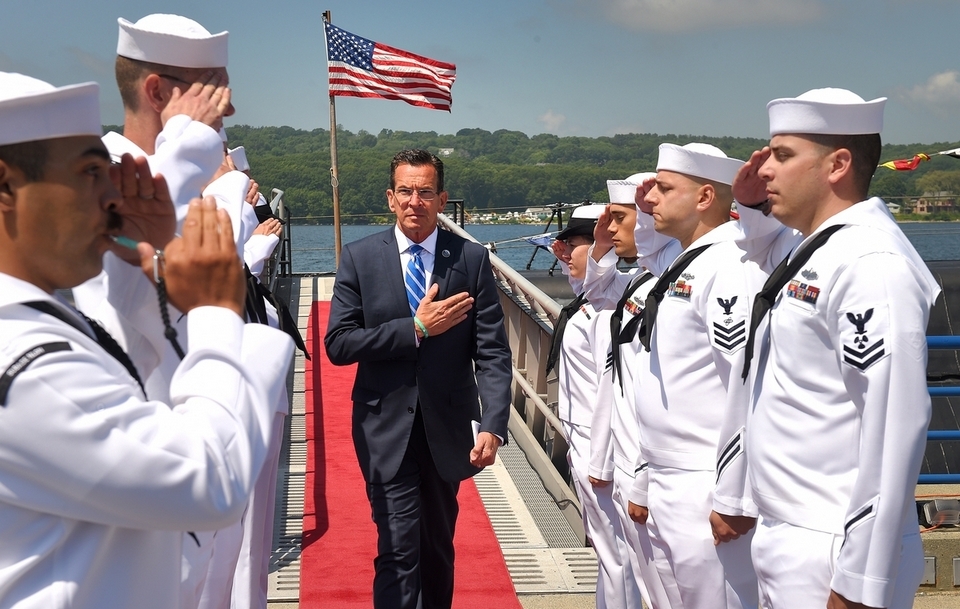 Groton — The first Groton submariners likely could not have imagined the moment.

Navy officials, joined by many others, celebrated the 100th anniversary of the Naval Submarine Base and the Naval Submarine School on Tuesday at the Historic Ship Nautilus, which represents another Navy milestone as the world's first nuclear-powered submarine.

During a birthday bash in Washington Park later Tuesday afternoon, part of Connecticut's Submarine Century, attendees noshed on a nearly 500-pound cake in the shape of a submarine made by Cake by Franck at Foxwoods Resort Casino.

At the more formal morning ceremony at the Nautilus, officials rang out the last 100 years, and rang in the next 100.

What was once a 5,200-foot-long by 700-foot-wide foothold on the Thames River that served as a naval yard, storage depot and coaling station is now a 680-acre-plus submarine base that is home to 15 nuclear-powered, fast-attack submarines and 10,000 military and civilian employees.

On June 21, 1916, Cmdr. Yeates Stirling assumed command of the newly designated submarine base, the New London Submarine Flotilla and the submarine school.

"Through World War I, World War II, Korea to the nuclear age, Vietnam, the Cold War, Iraq, Afghanistan, the base and the submarine school crew adapted, we endured and we ultimately transformed our submarine force into what it is today," said Capt. Paul Whitescarver, the 51st commanding officer of the base. 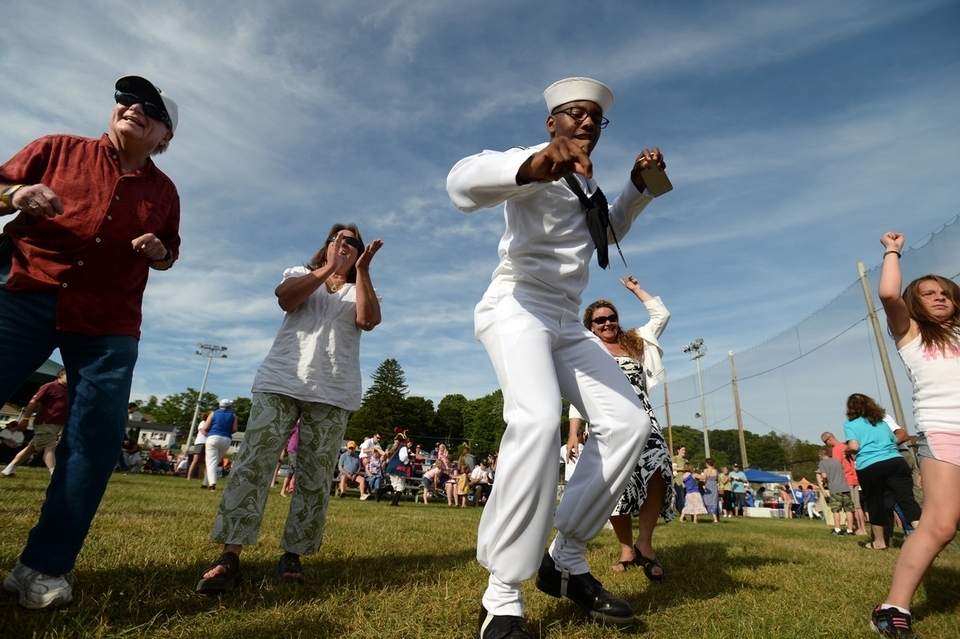 While much has changed since 1916, the mission of the base has remained the same: to deploy submarines and train the submarine force.

Almost every submariner in the Navy passes through the base at one point during his or her career for training.

Today's sailors follow in the footsteps of those like Gary Schmid of Groton, a lifetime member of the U.S. Submarine Veterans Groton Base.

"She was no longer a real frontline ship anymore, but we did a lot of research and development stuff in conjunction with what was then the Navy Underwater Sound Laboratory," he said. 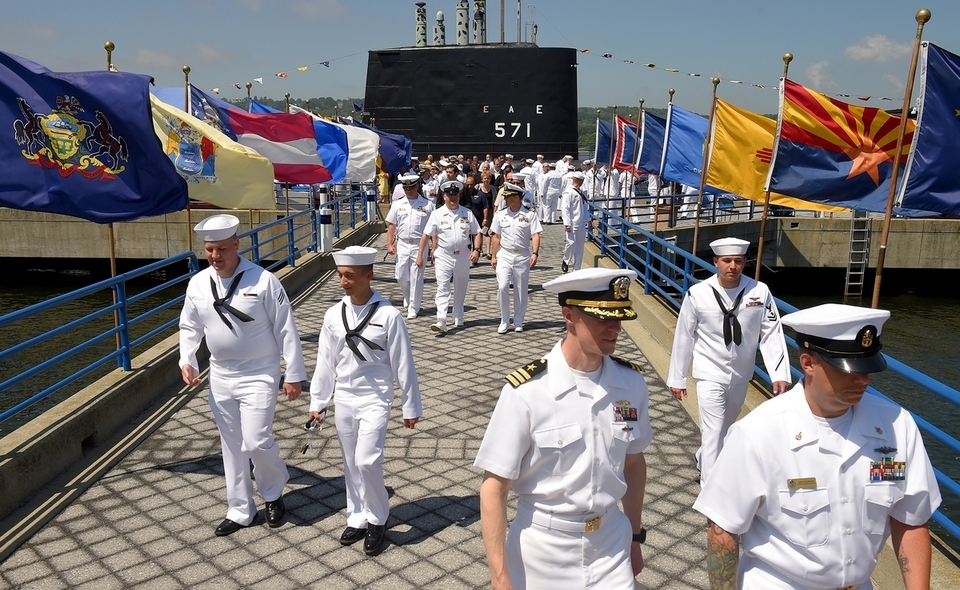 United States Naval Submarine Base New London hosts the official Centennial celebration of the base and the Naval Submarine School at the Historic Ship Nautilus and Submarine Force Museum in Groton Tuesday, June 21, 2016. (Tim Cook/The Day)

Advancements in technology and the training facilities on base represent the biggest changes for Schmid since the time he spent stationed in Groton.

"We changed in technology dramatically. ... When I got here, there were still diesel boats up at the top of the base. They had a stripped ship that you could go on, a diesel boat that was decommissioned, and take parts that you needed," Schmid said.

He remembers being on duty the night the first submarine escape training tank—where submariners practice escaping from a submarine—burned down.

Watching the USS California pass by — or "flyby," as some joked — on Tuesday brought a lump to Schmid's throat, he said. 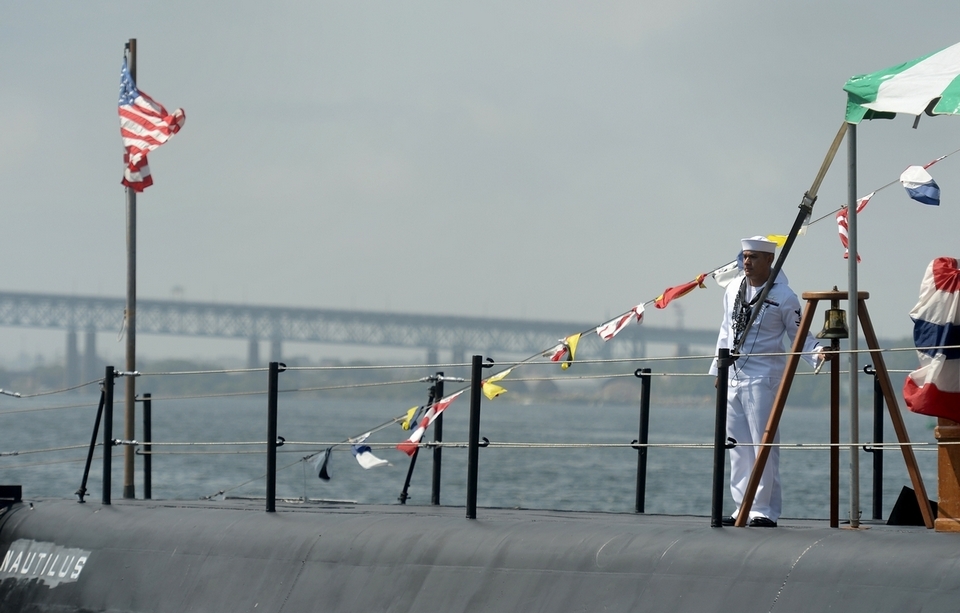 Boatswain's Mate second class Wilfredo Mendez signals the end of watch aboard the USS Nautilus officially signaling the end of the first submarine century as Naval Submarine Base New London hosts the official Centennial celebration of the base and the Naval Submarine School at the Historic Ship Nautilus and Submarine Force Museum in Groton Tuesday, June 21, 2016. (Tim Cook/The Day)

The $2.7 billion fast-attack submarine is representative of how far the submarine force has come since the U.S. government purchased the Navy's first commissioned submarine, the gasoline-powered USS Holland (SS-1) for $150,000 on April 11, 1900.

Rear Adm. Jeffrey Trussler, commander of the Undersea Warfighting Development Center headquartered on base, in his remarks, listed some of the major submarine innovations over the past 100 years.

The shift from gasoline-powered engines to diesel. The advent of nuclear power. The first ballistic missile patrol. Today's Virginia-class nuclear-powered attack submarines. And the submarines of the future, the Ohio-class replacement program, which will take the United States' ballistic missile capability into the 2080s, Trussler said.

Trussler, as several other officials have, pointed to the "synergy" of Groton, not only home to the sub base and sub school, but also two submarine squadrons, many commands, the Submarine Force Library and Museum, and Electric Boat, which has built submarines for more than 100 years.

"The synergy that exists in Groton is the envy of all others in the Navy," Trussler said. 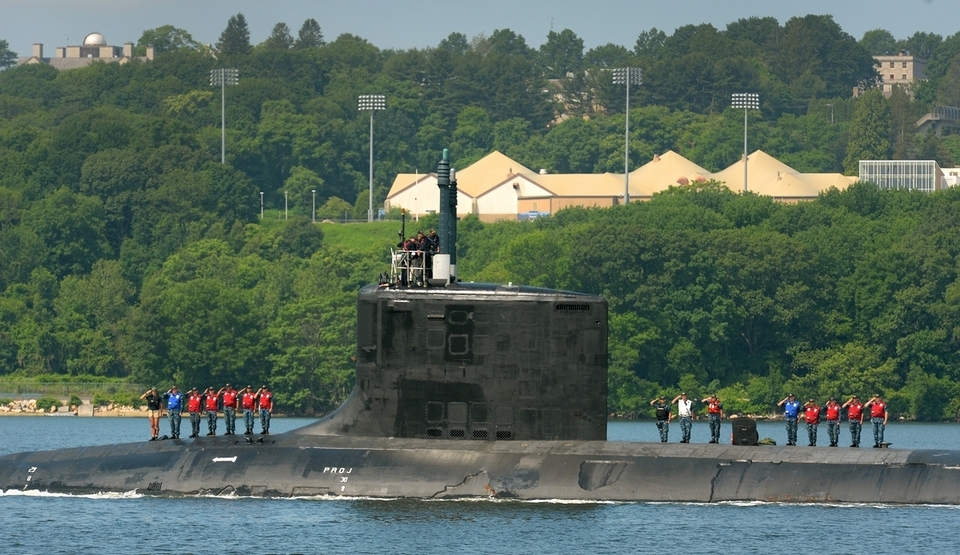 The Virginia-class, fast attack submarine USS California (SSN-781) passes in review as the United States Naval Submarine Base New London hosts the official Centennial celebration of the base and the Naval Submarine School at the Historic Ship Nautilus and Submarine Force Museum in Groton Tuesday, June 21, 2016. (Tim Cook/The Day)

In the "few moments" Malloy and Defense Secretary Ashton Carter spent together last month during the secretary's three-day New England visit, "he commented to me about the importance of this particular facility, the training and the men and women who go through this facility and his appreciation for what the state of Connecticut has meant to this facility," Malloy said.

The state has invested $14 million in infrastructure projects at the base as part of the $40 million authorized by the Connecticut General Assembly in 2007 for investments that provide "military value" to the base. That authorization came two years after the base barely escaped closure during the 2005 Base Realignment and Closure process.

While the ceremony was about looking back, it was also an occasion to look forward, U.S. Rep. Joe Courtney, D-2nd District, said.

"I'm very optimistic that the great work that our predecessors have done is a preface to a better and stronger story for the Groton Navy base, that it's going to do great things for our nation. It's going to protect our freedom, our national defense, and Connecticut is going to be at the head of the curve in terms of leading the way for that critical mission," Courtney said. 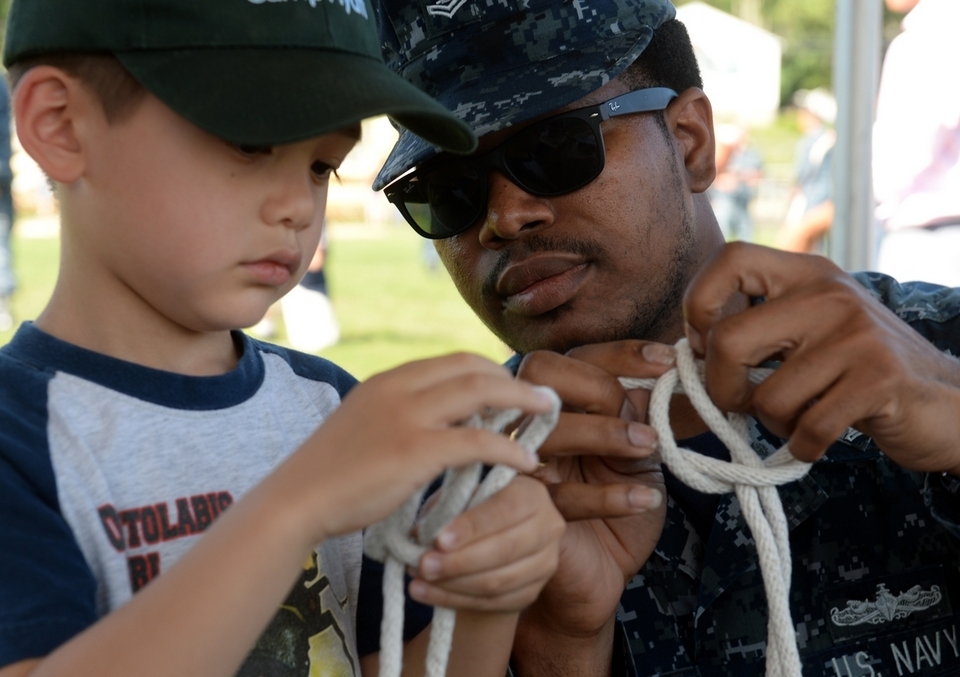 U.S. Sens. Richard Blumenthal, D-Conn., and Chris Murphy, D-Conn., released a joint statement saying, in part, that the base is "indispensable to our nation's defense, bolstering our security here and abroad."