First Seven Submarines Arrived In Groton A Century Ago
By John Ruddy
New London Day
October 18, 2015
These D and G class submarines were among the first seven to arrive in Groton on Oct. 18,
1915, marking the beginning of the Naval Submarine Base. Credit: U.S. Navy ­- Submarine
Force Museum
The crowds lining both banks of the Thames River had seen plenty of ships entering New London Harbor, but never anything quite like this.
The seven vessels moving slowly upriver were not whalers, ferries, yachts, steamers or anything else most people would recognize as ships.
They didn't have sails or rigging or funnels, just smallish, slender hulls that barely broke the surface, each with a nondescript structure amidships.
On Oct. 18, 1915 – 100 years ago today – the first submarines arrived in Groton. They brought the future, setting in motion a century that would transform a quiet coastal town into the Submarine Capital of the World.
No one back then could see the future, but the coming of the strange little vessels was still a surprising and welcome development. How it came about involved a combination of politics, war and luck.
The New London Navy Yard in Groton, where the seven subs were headed, had been a place of no particular importance since its establishment almost 50 years earlier.
The Navy seemed to have no idea what to do with the place, and for years at a time, nothing happened there. It was inevitable that the yard would one day become the target of budget cuts.
When that happened, in 1911, something was finally going on there. The Marine Corps had just established a training school for officers.
That brought fewer than 100 Marines to Groton and only for the summer months. Still, as The Day noted, "The navy yard is on the map again." 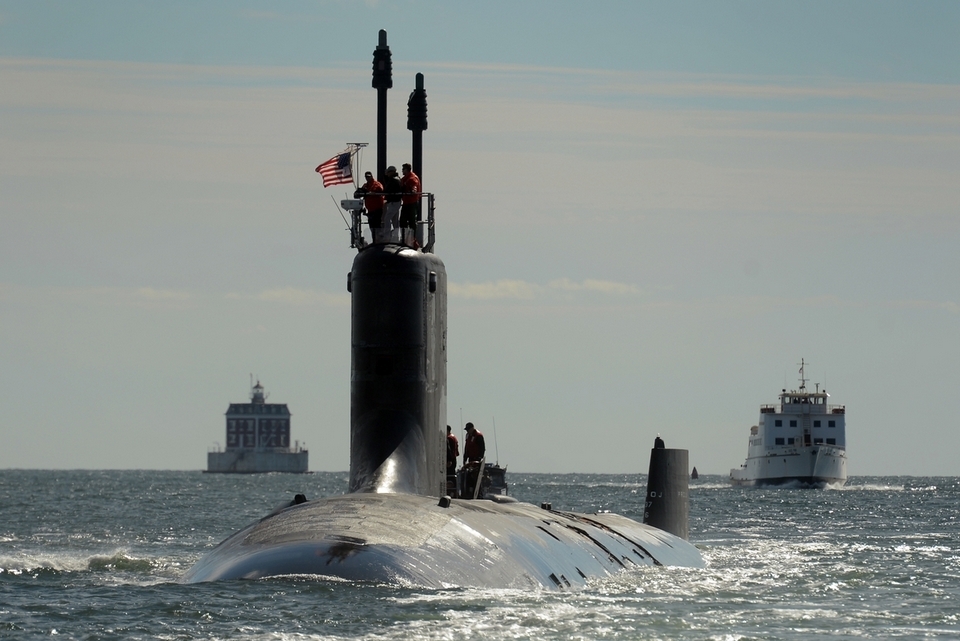