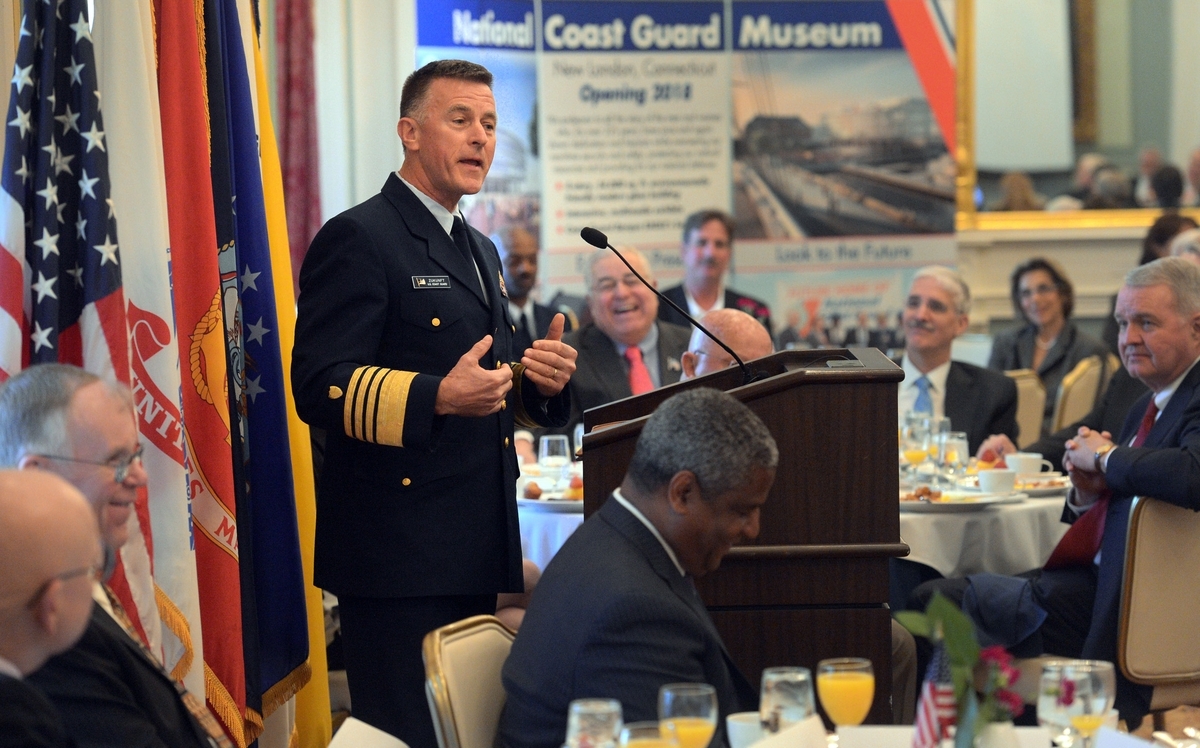 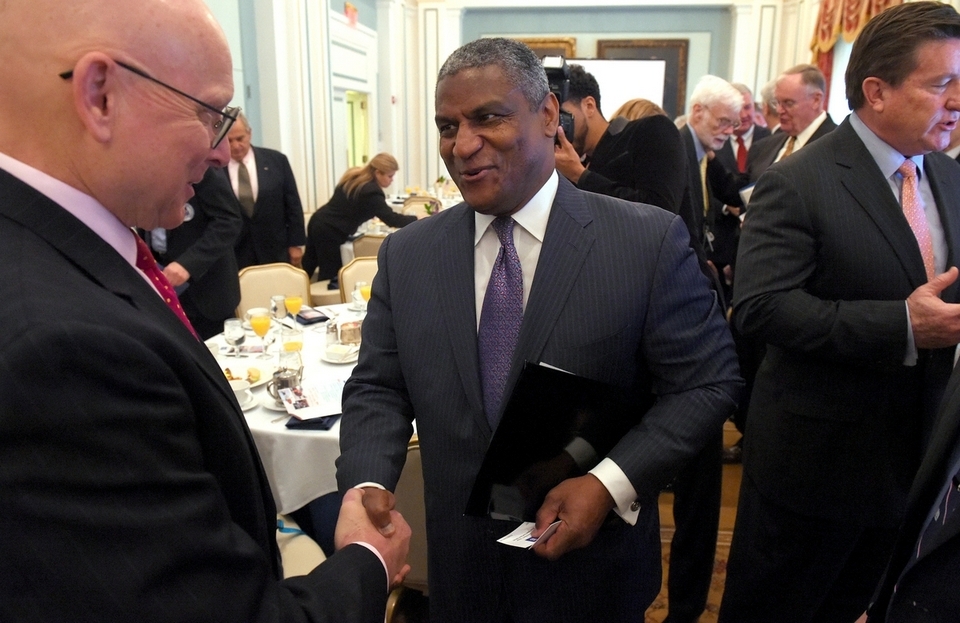 Former Secretary of Transportation Rodney E. Slater, right,
shakes hands with Adm. Robert J. Papp Jr, 24th commandant
of the United States Coast Guard, left, at the conclusion of the
National Coast Guard Museum Association Secretary's Circle
national fundraising campaign launch breakfast at the Army
and Navy Club in Washington, D.C. Wednesday, April 29, 2015.
(Tim Cook/The Day)
The board of the museum association is hoping the federal government will kick in $25 million to $30 million, but that will require a lot of convincing as federal lawmakers navigate tough budgets across the board.
After the breakfast Wednesday, the board convened to plan the next several days of meetings with members of the Coast Guard committees in Congress, and a planned open house for federal lawmakers to come and learn about their effort.
The board has raised $25 million thus far, including a $20 million commitment from the state for a pedestrian bridge that will connect to the museum from Water Street. Over the past month, it has raised $2 million, Grahn said during his remarks. That money has mainly come from the maritime industry, according to treasurer John Johnson.
The board hasn't identified a specific amount of money that it would like the Secretary's Circle members to raise. Rather it would like them to reach out to their contacts in the maritime industry — tug and barge operators, cruise ship operators, ship builders — to encourage them to donate to the museum effort.
Some donors have come from some unexpected places — like the first-graders in Grand Haven, whose teacher attended retired Coast Guard Adm. Robert Papp, Jr.'s change of command ceremony.
Apparently, she was moved by the ceremony, as sometime later Papp received an envelope and inside were pictures of each of the students sporting a Coast Guard officer hat while holding mini Coast Guard flags. Underneath the pictures of the students are the words "US Coast Guard Museum Supporters."
The class also sent pictures of the water jug that they are filling with pennies for the museum. The jug has pictures of Papp on it, and lists Papp as the team captain and Zukunft as the co-captain. Papp said the students told him that if he comes to Grand Haven for this year's Coast Guard festival, "they will turn the money over to me."