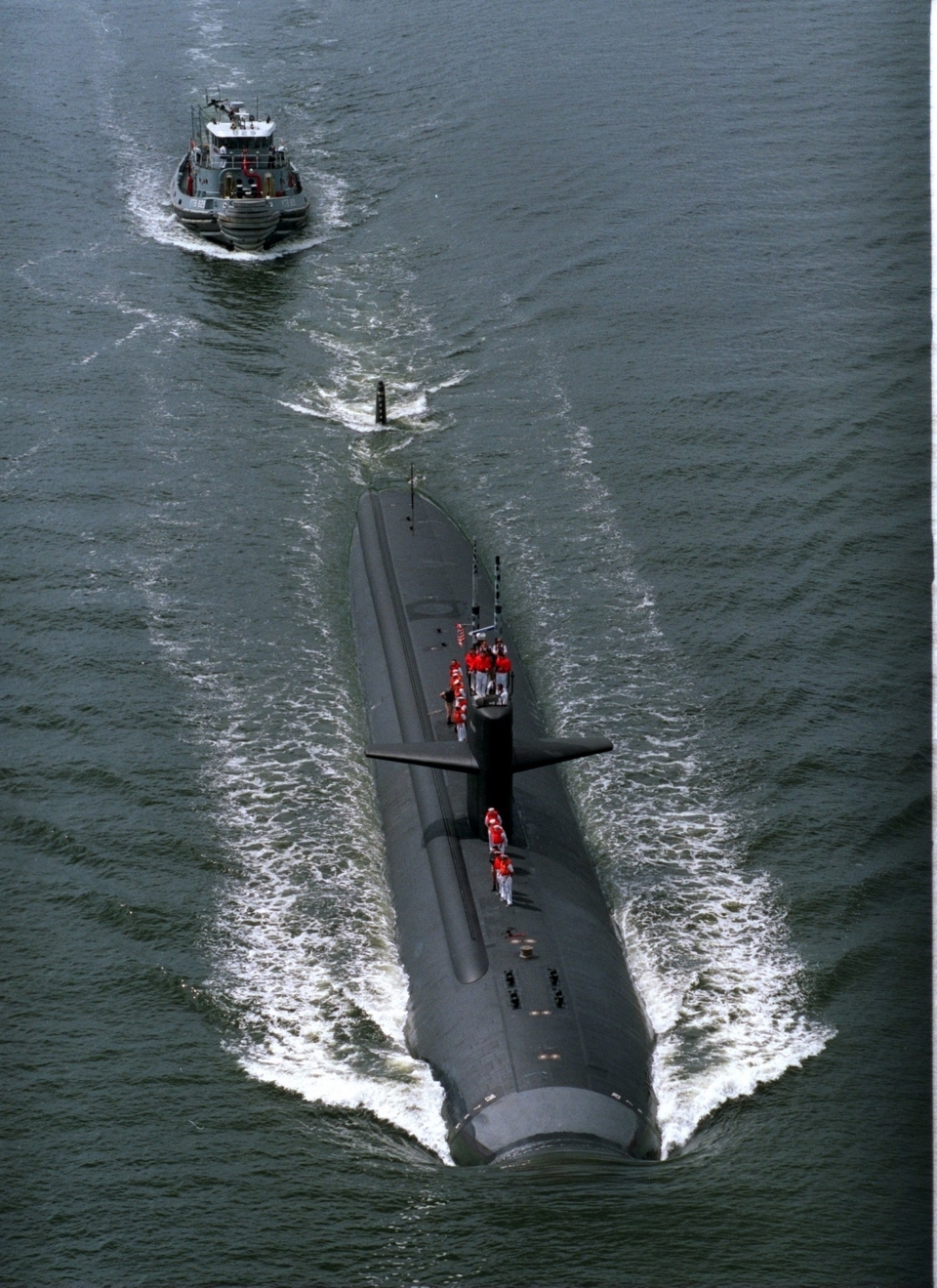 In this June 2, 1992, Day file photo, the USS Groton returned home to Groton.

Groton is hoping to take custody of the sail, upper rudder and other parts of its namesake nuclear attack submarine, which was decommissioned in 1997.

Local officials have sent a letter to the Naval Sea Systems Command, which manages disposal of nuclear-powered ships and submarines and donates submarine artifacts, requesting the transfer of USS Groton parts to the town.

The “sail” of a submarine is the towerlike portion that protrudes from the hull at the center of the ship. It may include “planes,” similar to fins, antennas and periscopes. The upper rudder is at the rear of the ship.

“Number one, it’s symbolic,” said City Mayor Marian Galbraith, spokesperson for a joint committee working on the logistics, design and fund raising for the project. “We are the place where men and women build these boats, build and design these ships, we are the home of Submarine Base New London. And the purpose of this is to be able to honor the men and women who designed, built or served on U.S. Navy submarines.”

The USS Groton was the third submarine named for Groton, launched in October 1976 and commissioned — put into service with a crew — in July 1978.

Capt. Carl Lahti, commanding officer of U.S. Naval Submarine Base in Groton, sent an email to town and city leaders on Aug. 26 notifying them that the sail and planes of the ship were available for transfer and exhibit.

The Submarine Force Museum and submarine base don’t have the money or space for the artifacts, so Lahti wanted to know whether the town or city was interested.

The parts are in Washington State, so Groton would have to find a way to disassemble, move and reassemble them. The town or city would also need enough space to display the artifacts. Memorials or displays made from submarine sails are sometimes structured so visitors can get a sense of the size of the ship.

The USS Groton sails are large and heavy: The upper and lower sails, including fasteners and other hardware, are each 27 feet long and 8 to 10 feet high. They weigh a combined 62,430 pounds, according to Lahti’s email. The planes weigh 31,150 pounds, he wrote.

The average cost of shipping and handling a submarine sail is $75,000, according to Naval Sea Systems Command.

Galbraith said it likely would take three to four flatbed trucks to transport the pieces.

The joint committee working on the project, which includes representatives of the town, city, submarine builder Electric Boat and the museum, has held three meetings and formed subcommittees to choose a site, work on logistics of shipping and assembly and handle fundraising, Galbraith said.

She said she doesn’t know how much the project would cost, because it depends on other factors such as whether the town or city already owns the land for display, for example.

No decisions have been made as to the display design, but Galbraith said the group would like the sail to be a place people visit rather than drive by.

Town Mayor Rita Schmidt said, “I think it’s a symbol of the Town of Groton. After all, we are the submarine capital of the world, it is the (USS) Groton, it is not just any submarine. … So I think it’s a tribute to Electric Boat and the submarine base and what we are.”