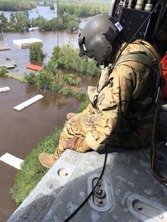 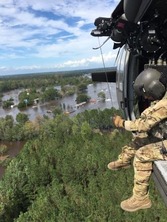 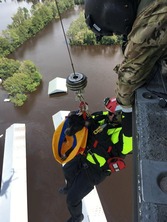 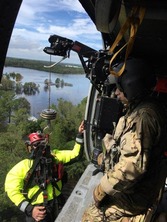 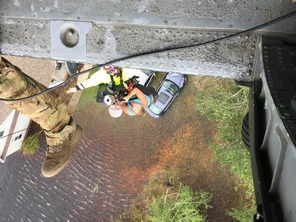 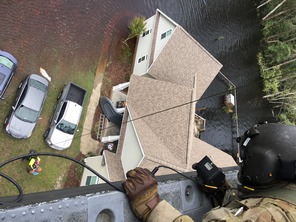 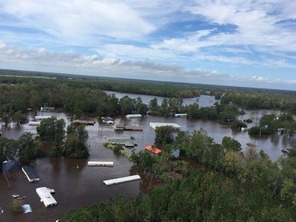 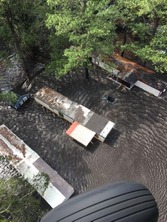 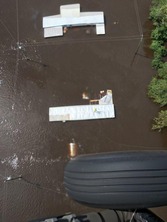 (HARTFORD, CT) – Governor Dannel P. Malloy today announced that a unit of Connecticut National Guard soldiers are continuing to assist with Hurricane Florence relief efforts throughout the North Carolina area. To date, the eleven guardsmen have performed multiple search and rescue missions, providing life-saving evacuation measures for those in communities completely cut off by the rising waters.

The guardsmen traveled south aboard two Connecticut Army National Guard helicopters – a UH-60 Blackhawk and CH-47 Chinook – prior to the storm’s landfall last week, allowing them to hit the ground running with critical equipment as soon as their assistance was needed.

Their first task involved the delivery of 24 firefighters from various agencies and over 5,000 pounds of equipment near Cape Fear, North Carolina. In the particularly hard-hit town of New Bern, North Carolina, Connecticut aircraft played a vital role in airlifting over 80 civilians and nearly two dozen pets. Connecticut continued its support into New Bern by airlifting first responders and supplies into nearby towns to help establish distribution centers.

“To drop everything at a moment’s notice and fly hundreds of miles away from home for days at a time to help complete strangers takes a special kind of person, and these Connecticut National Guard soldiers are to be commended for the work they are performing,” Governor Malloy said. “We know firsthand what it’s like to experience extraordinary weather, and we know how important the help of neighbors can be during recovery. We continue to wish the best for all of those impacted by this devastating event.”

“We are truly grateful for the tireless, monumental work Connecticut Guardsmen are doing in the wake of Hurricane Florence,” Major General Fran Evon, Adjutant General and Commander of the Connecticut National Guard, said. “We remain prepared to provide further support, with a C-130 on standby if needed. The people of the southeast United States affected by this powerful storm remain in my thoughts and prayers, and know that the Connecticut National Guard remains ready to respond to help Americans in need.”

There is no set timetable for their return, and the Guardsmen remain ready to support as long as necessary.