(HARTFORD, CT) – The Office of Governor Dannel P. Malloy today released a series of charts showing that private-sector job growth under Governor Malloy has significantly exceeded that of any of his predecessors, while the size and scope of government has shrunk. Indeed, since the Governor took office in January 2011, the number of private sector jobs in Connecticut has increased by over 94,000 – a nearly 7 percent increase – while at the same time the government sector has decreased by nearly 6.5 percent.

“Since day one, my administration has worked aggressively to create private sector jobs and economic opportunities,” Governor Malloy said. “It’s not a story that is told often enough, but the numbers speak for themselves. The truth of the matter is that Connecticut has grown a significant number of private-sector jobs as staffing in the executive branch reached its lowest point per capita since the 1960’s—achieved mainly through attrition.

“As a state, we should be particularly proud that major employers – including Electric Boat, Sikorsky, UTC, and others – have made long-term commitments to stay and grow in Connecticut, and at the same time new, high-tech employers – including Infosys and Ideanomics – are moving major operations to our state,” the Governor added. “The investments we have made in education and workforce training are paying off, and we are in a good position for future growth.” 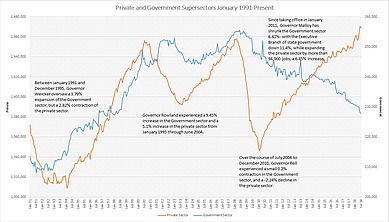 Under Governor Malloy, private sector job growth grew at a faster rate than under the three previous administrations.

“While most of Connecticut’s industries have gained jobs this year, our agency is particularly pleased with growth we are seeing in the manufacturing sector,” Department of Labor Commissioner Kurt Westby said. “After substantial losses prior to and during the past recession, manufacturing is now among the fastest growing major industry sectors in our state. It is very promising to see that these good-paying careers are outpacing the growth we have seen at the national level over the past two years.” 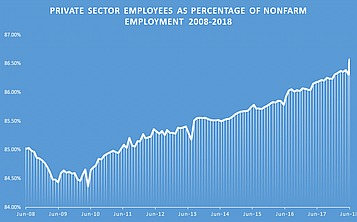 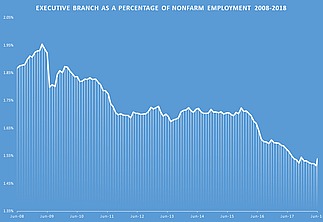 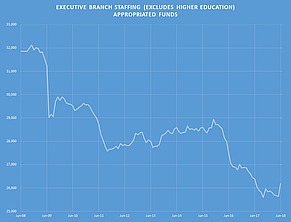 In fact, the number of employees in the State of Connecticut’s executive branch has decreased by 11.4 percent since December 2010. This contraction of workforce was due in large part to attrition, including retirements, and leaving those positions vacant rather than refilling them with new employees. 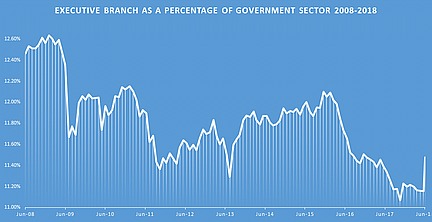 Under Governor Malloy, the state's unemployment rate also dropped from 9.3 percent in December 2010 to 4.4 percent in July 2018.