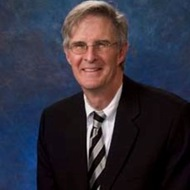 Owen Eagan has always believed in public service. As a resident of West Hartford he has served on various boards and commissions: the town council, the planning and zoning commission, the public safety committee and the ethics commission to name a few. But when he was asked to fill a two-year vacancy on the Connecticut Freedom of Information Commission, Eagan wasn’t sure he was the right fit. “I just wasn’t sure, but I believe very strongly in the importance of public service, so I felt that because I was asked, it was something I wanted to do. I figured it was only for two years,” Eagan said. That was in May of 2009. Now, more than four years later, Eagan is not only still a commission member, he was appointed commission chairman by Governor Dannel Malloy.  “It didn’t take me very long to realize not only how important the commission’s work is, but also how much I really enjoyed it,” Eagan said. “What we do really runs the gamut, from a case involving an individual’s right to a case about water rights and the MDC to the First Five Initiative. One of my colleagues said that ‘all roads lead to FOI,’ and I believe she is right.”

And his feelings about his new leadership role on the commission?  “Let me say that I truly feel honored to be asked to serve as chairman. I have no reservations about taking the position. I feel that I have been given great examples to follow in the two chairmen before me, Andy O’Keefe and Norma Riess.”

Eagan says that his role as chairman will be to ensure that all parties receive fair and equitable treatment.  “It’s important to recognize the importance of open and accessible government,” Eagan said. “But it also is important to have a certain amount of understanding of what it takes for a public agency to comply with some requests. Yes, the slant is to open government, but we have to be fair and act within the confines of the law.”