As Connecticut works to recover from the COVID-19 pandemic, the staff of the Freedom of Information Commission has begun returning to the Commission’s office on a limited basis.  However, the building continues to be closed to the general public.  During this time of reopening, a limited number of staff will work at the Commission’s office while others will continue to telework.   The Commission resumed its schedule of Regular Meetings on Wednesday, June 10, 2020.  Commission meetings will be conducted via telephone and teleconference until such time as restrictions allow a public meeting to be held at the Commission's offices.  Instructions for real-time public access to the Commission’s meetings will be published and included with each meeting agenda.   Additionally, a recording of each meeting will be posted on the Commission’s website.  Contested case hearings are being conducted remotely by telephone and videoconference. The Commission continues to accept appeals and engage in its ombudsman program. FOIC New Address Effective June 1, 2021 165 Capitol Ave, suite 1100, Hartford, CT 06106 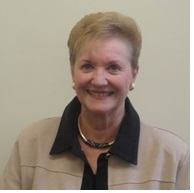 For Lenny Winkler, it’s always about doing the right thing.

Not that doing the “right thing” is always easy.

As a fairly new legislator in 1991, she voted in favor of the very controversial state income tax.

But the vote triggered some angry backlash, including the appearance of picketers at her home in Groton.

“The thing is most of my constituents told me they were in favor of the tax. Opponents brought in protestors from outside the district and they stood in front of my house shouting ‘Lenny, Lenny you took our last penny,’ ” she remembered. “It was jolting, but I did what I thought was right.”

And she has continued down that path ever since.

Winkler represented the 41st district in the state house from 1988 to 2006. In her years in the legislature, almost always as a member of the minority party, Winkler took on the insurance lobby on behalf of coastal residents. She championed the creation of a sexual offender registry. She won awards for legislation she helped craft and push through the legislature involving health care, including a 2001 law governing recommendations by school officials for use of psychotropic drugs for children.

And now, as a member of the FOI Commission, she is continuing to “do the right thing,” sometimes making decisions that anger other public agencies. “Transparency in government is important,” she said. “It has to be in the forefront for all government agencies and when people believe they have been denied access, they need to have a place to go to get help. What we do here is important.”

Winkler sees little difference in her role as a nurse or legislator and her role as an FOI Commissioner. It’s all about helping people at every turn.

Her professional career is testimony to that. She graduated from the Norwich Regional Practical Nursing Program in 1976 and worked in the Special Care Nursery at Lawrence and Memorial Hospital for five years, then transferred to the Pequot Health Center emergency room where she worked for 30. She retired from L&M in 2011, then worked in urgent care at the North Stonington Health Center until March, 2012.

In the same time period, she began juggling a second career as a public servant. She was a member of the Groton Board of Education when the death of her district’s state representative created an open state house seat. She had joined the board to help further the education of her two daughters and was not registered in any party. But she was asked by the local Republicans to run for the seat. She became a member of the GOP, ran and won…by a whopping 28 votes. She held the seat for 18 years until an unsuccessful bid for the district’s state senate seat in 2010.

“I believed in bipartisan legislation,” she said. “I tried to work on coalition budgets. I always worked with the other side of the aisle. The key is relationships with all people.”

Her loss in 2010 eventually took her out of the public arena. There was a bid for lieutenant governor on the 2010 ticket with GOP candidate Tom Foley that failed when her 1991 income tax vote was raised by foes (“It was still the right vote,” she said.) But then she received calls from Republicans and Democrats, including Lt. Gov. Nancy Wyman, asking her about a vacancy on the FOI Commission.

“It sounded interesting, I had had some exposure to the FOI Commission and the law in the legislature, but frankly, not a great deal,” she said. “I knew it was important work, so I put in the paperwork and the Governor put my name in for the position.”

While admitting it was a little strange sitting on the other side of the table during the legislative nominating process, Winkler sailed through with flying colors and became a commissioner in 2013.

“I met with Colleen (Murphy, the FOIC’s executive director and general counsel) and she gave a very good introduction into the law and then I read a lot of material to prepare. I also think that sitting on the Judiciary Committee in the legislature gave me good exposure to the handling of legal issues,” she said.

Winkler, who has been married to her husband David for 51 years, said she reads all the cases before the commission meets to issues its rulings and tries to prepare for any possibilities.

“I really think we do important work,” she said. “We have a really good commission. I do think we should issue more civil penalties on some of these violations. And I also think people who don’t show up for hearings should be penalized too.”

Because it’s the right thing to do.