During January and February of 2018, 1,317 visits for suspected drug overdoses were made to the emergency departments at Connecticut’s 27 acute care hospitals, according to preliminary estimates released today by the state Department of Public Health (DPH).  The data are being made available through a new project launched by DPH to use its existing Syndromic Surveillance System, known as EpiCenter, to gather near real-time emergency department (ED) data on suspected drug overdoses in order to respond more quickly to changes in patterns of both fatal and nonfatal opioid overdoses.

“The use of syndromic surveillance to gather real-time overdose data will be an important tool for our state, local and community partners in our efforts to curb and reverse the opioid epidemic plaguing our state and nation,” said DPH Commissioner Dr. Raul Pino.  “The real-time nature of the data will allow us to respond more quickly to changes in patterns of nonfatal and fatal opioid overdoses and to design, target, implement and monitor more effective interventions to break the cycle of overdose and death and curtail opioid addiction in Connecticut.”

“While we cannot draw conclusions based on two months’ worth of data, we will be able to use the information that we gather through this system, in coordination with our colleagues in the Chief Medical Examiner’s Office, our state agency partners, and local officials, to better understand the types of opioids, including fentanyl and associated substances, in combination with other emerging drugs, causing or contributing to unintentional opioid overdoses and deaths,” added Dr. Pino.  “Having this level of real-time data will allow state, local and community partners to more effectively and rapidly respond to the opioid crisis.”

In the fall of 2017, DPH received funding from the Centers for Disease Control and Prevention’s (CDC) Enhanced State Surveillance of Opioid-Involved Morbidity and Mortality grant in order to use syndromic surveillance data to monitor suspected overdoses.  Starting in January 2018, DPH added syndromes related to “drug and alcohol, including drug/opioid/heroin overdoses” to the list of reportable Emergency Illnesses and Health Conditions, allowing DPH to use data sent to the agency’s EpiCenter Syndromic Surveillance System to better monitor overdoses.  Once the system is fully operational and data now being collected on suspected overdoses attributable to all drugs, opioids, and heroin are evaluated to ensure an accurate portrait of ED visits for overdoses, DPH will train local health directors to access the system for their local jurisdictions and will also implement automated alert monitoring so that suspected clusters of overdoses can be identified and investigated in near real-time.  DPH will also release monthly ED overdose visit data publicly, and is in the process of developing a webpage on the agency website that will contain the data.

Syndromic surveillance is the use of pre-diagnostic data to understand diseases and conditions of public health importance.  Limited patient information is collected including demographics and the reason for the ED visit; how
ever, patient identifying information, such as patient name, address or phone number is not collected.  DPH implemented ED syndromic surveillance in 2004.  Initially created to monitor and detect bioterrorism attacks after 9/11, the system rapidly expanded to monitor additional conditions of public health importance, including seasonal and pandemic influenza, gastrointestinal illness, and weather-related emergencies. 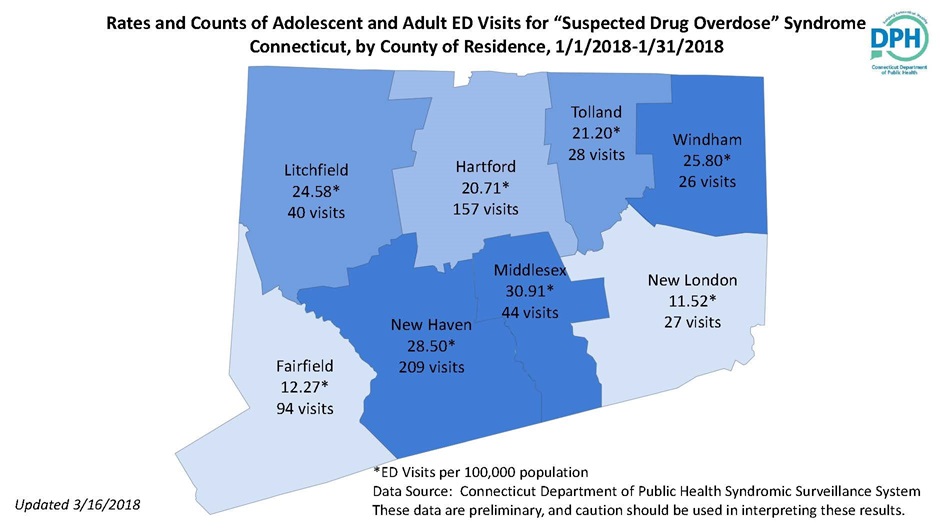 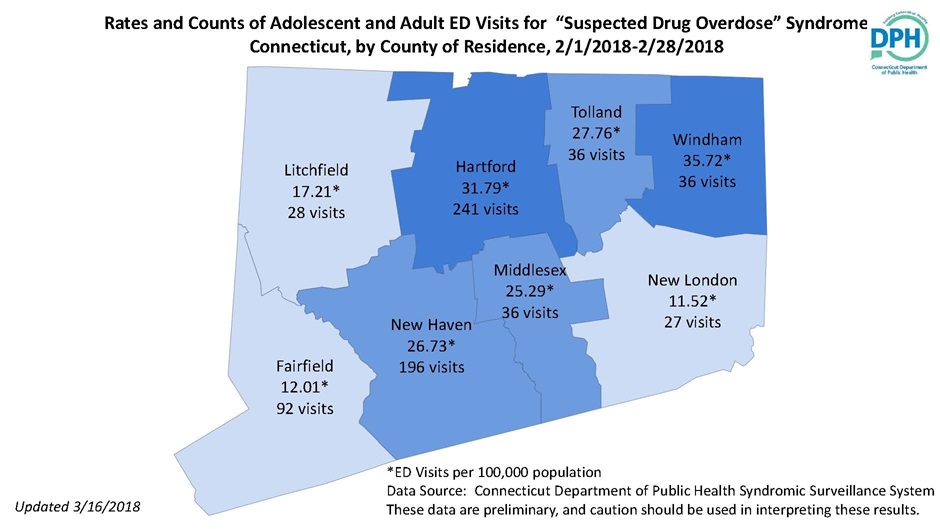