What is transit-oriented development (TOD)?


TOD, as defined by Section 13b-79o of the Connecticut General Statutes, refers to:

the development of residential, commercial, and employment centers within one-half mile of walking distance of public transportation facilities, including rail and bus rapid transit and services, that meet transit supportive standards for land uses, built environment densities, and walkable environments, in order to facilitate and encourage the use of those services.
Whether it is new construction, redevelopment, or small-scale infill development, a fundamental characteristic of TOD is that its physical form responds to - and is interrelated to - transit. The Connecticut Department of Transportation's (CTDOT) role in supporting TOD is to ensure that Connecticut's public transportation network and facilities support the State, regional, and municipal goals of providing mobility choice, encouraging economic development, and creating more livable, sustainable communities.

In May 2016, following the award of a competitive grant from the Federal Transit Administration (FTA), CTDOT initiated a study of TOD opportunities along the Hartford Line rail corridor. Connecticut was eligible for funding under the FTA TOD Planning Pilot Program because of the new and relocated stations along the corridor funded by the New Starts Capital Investment Program. The purpose of the ongoing Hartford Line TOD Action Plan is to identify strategies that will activate TOD in selected station areas along the corridor by building upon local, regional, and statewide planning efforts.
>>CLICK HERE to view Executive Summary (view as pages)
>>CLICK HERE to view Executive Summary (view as spreads)

Part Two of the Hartford Line TOD Action Plan enabled the project team to provide targeted technical assistance to the selected station area municipalities with the goal of continuing to move from planning to implementation. In collaboration with municipal leaders, one “key recommendation” for each municipality identified in Part One was advanced. The Part 2 Report is a compilation of targeted strategies for each of the following municipalities: North Haven, Wallingford, Berlin, Newington, West Hartford, Windsor, Windsor Locks, East Windsor, and Enfield. While diverse, the recommendations and associated action steps for each municipality serve to advance each Town’s unique vision for TOD within their communities.
>>CLICK HERE to view Part 2 Report (view as pages) 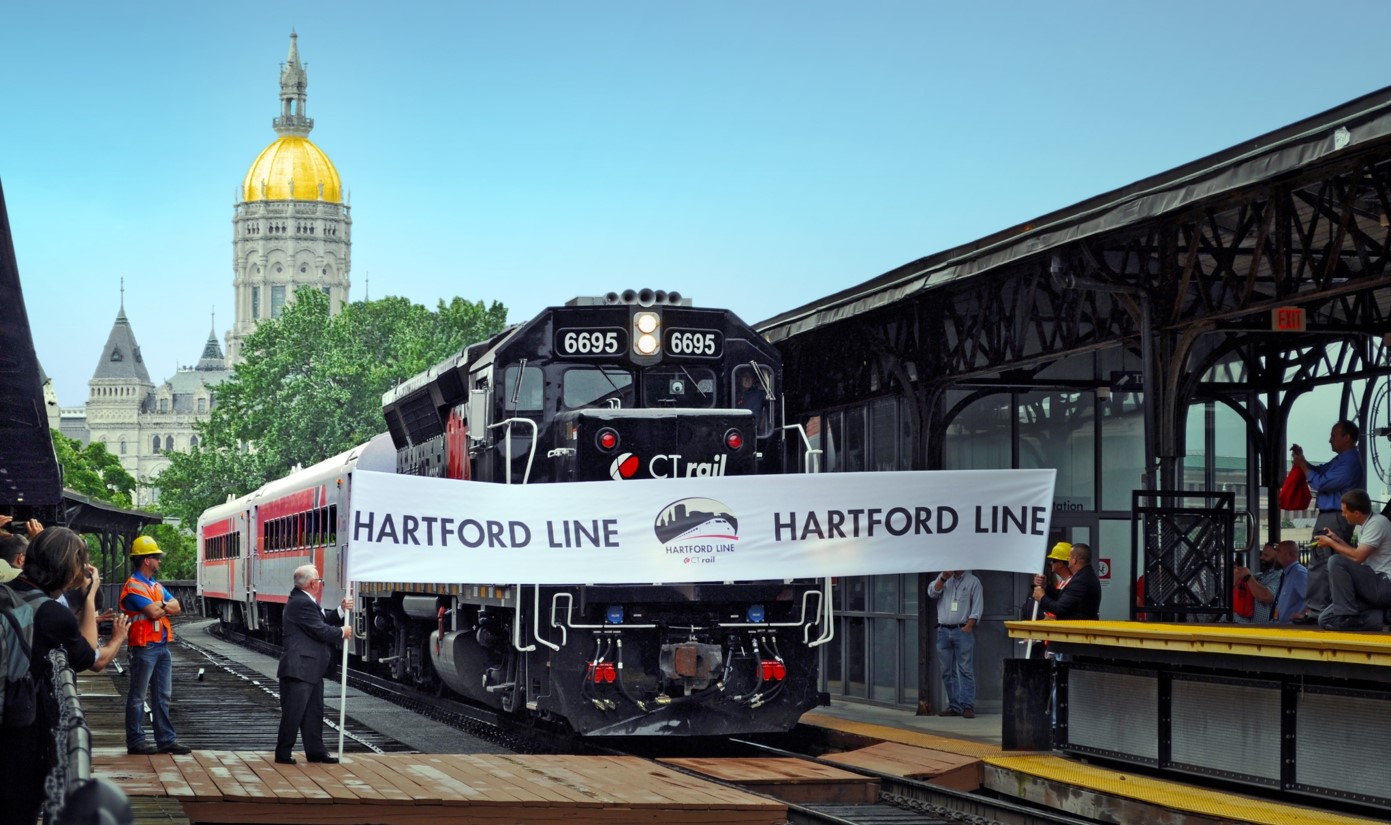 Following the launch of CTfastrak, Connecticut's first Bus Rapid Transit (BRT) system, the CTfastrak TOD Capacity Study was conducted to assess the degree of capacity for TOD within the corridor. Based on an analysis of existing conditions around the ten CTfastrak stations along the guideway and an assessment of each community's "desire and readiness" for TOD, the study offers a range of recommendations and strategies for implementation.

The CTfastrak TOD Capacity Study recognized significant TOD potential in the Parkville neighborhood of the City of Hartford and recommended that the City further refine and develop TOD opportunities in the area. Subsequently, the Hartford TOD Pilot Study was completed in collaboration with the City in an effort to build on the existing momentum in Parkville. The study identifies priority TOD sites with short-term and long-term potential and presents a build-out vision with a path toward implementation.