As of May 17, 2018
PLANNED FARE INCREASES AND SERVICE REDUCTIONS HAVE BEEN CANCELED

The final determination of the proposed fare changes and service cuts will be posted on this page (www.ct.gov/dot/farecomments) at the conclusion of the review process.

In case of inclement weather, public hearings or informational meetings that need to be re-scheduled will be announced through local media and on the CTDOT website at www.ct.gov/dot

At these hearings, CTDOT will provide information and accept public comments about the fare and service proposals and the Service and Fare Equity (SAFE) Analysis.  The SAFE Analysis evaluates the proposed changes to determine if they will cause a disparate impact to minority populations or have a disproportionate burden on low income populations.

Written comments on the proposed fare changes must be received by March 16, 2018 at COMMENT ON PROPOSED FARE AND SERVICE CHANGES, Bureau of Public Transportation, P.O. Box 317546, Newington, CT 06131-7546 or via e-mail to dot.farecomments@ct.gov

The meeting facilities are ADA accessible. Language assistance may be requested by contacting the Department’s Office of Rail at (203) 497-3374 at least five (5) business days prior to the meeting. Persons with a hearing and/or speech disability may dial 711 for Telecommunications Relay Service (TRS). Language assistance is provided at no cost to the public, and efforts will be made to respond to timely requests for assistance. 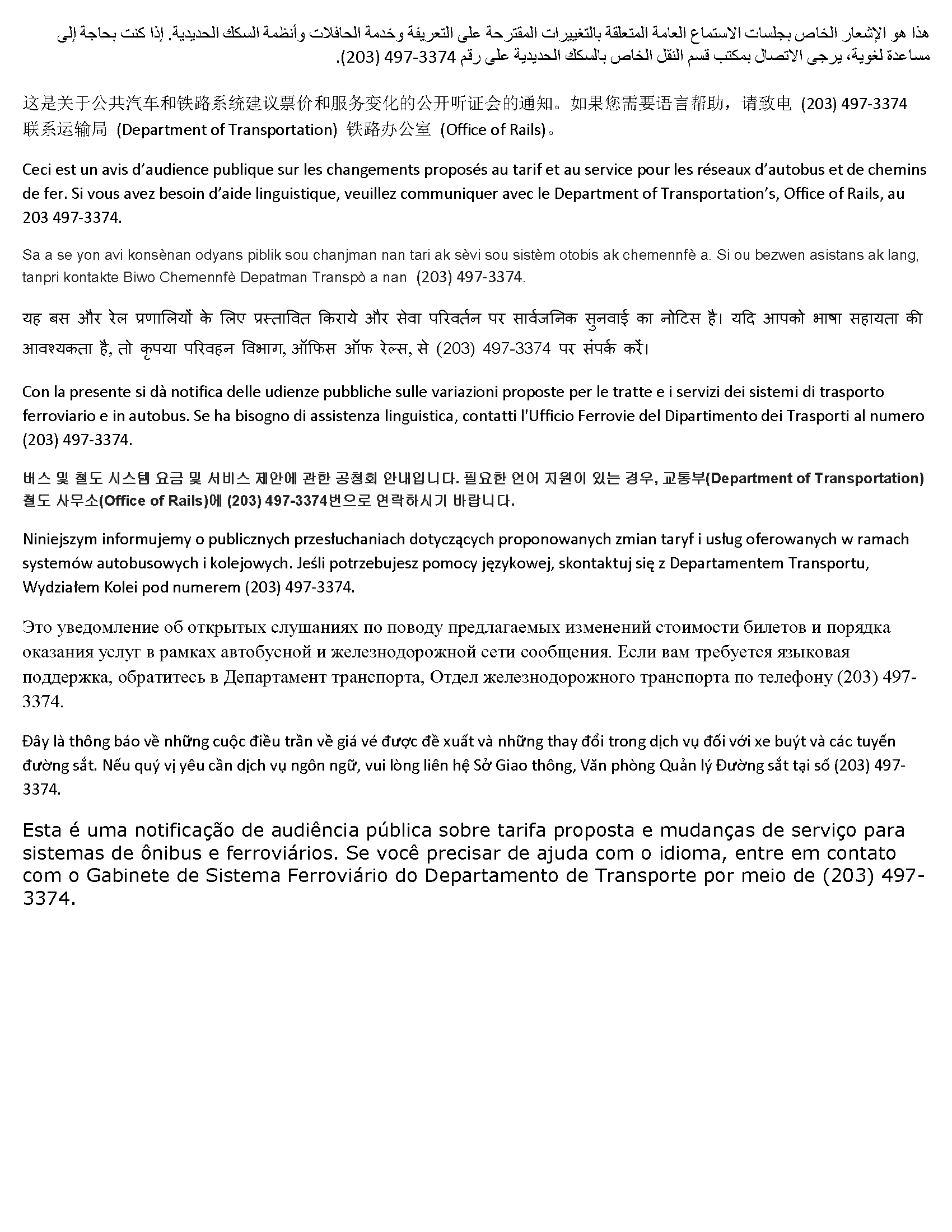