The Merritt Parkway is one of the most important historic roadways in the United States. The Merritt is famous for its 66 unique bridges, which settle into the surrounding topography and landscape. Unlike most other Parkways in America, which were designed to connect populated areas to the shore or other recreational environments, the Merritt Parkway was conceived as a commuter corridor, for the purpose of alleviating traffic on the already crowded Route 1. The original design was created by the Department of Transportation highway staff, who overcame the enormous challenge of aligning an east/west corridor over hills which ran from north to south, rather than following a natural resource, such as a river.

The Parkway is not only a National Scenic Byway, but it is also is on the National Register of Historic Places. Its significance as a historic property includes the bridges, the aesthetics of the alignment, and the landscape, which the study and its findings must take into consideration. These topics are described in detail in the Preservation Planning section of the NEPA page. 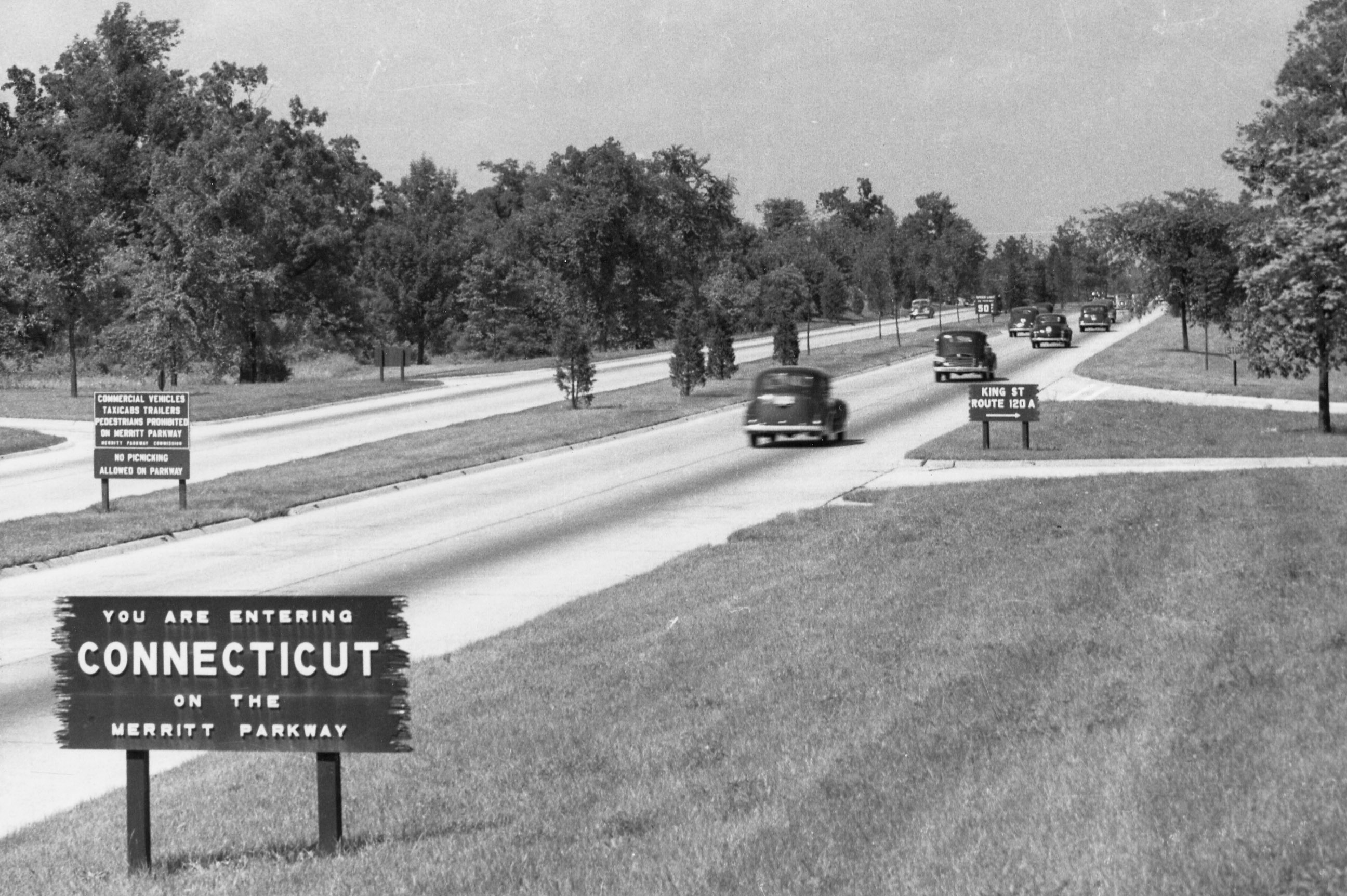 The Merritt was designed for speeds of 45 MPH and originally had short on and off ramps.  The entrance ramps were controlled with stop signs and minimal acceleration and deceleration lenghts were provided.  The need to upgrade the roadway over the years has been challenging and has correlated with increasing public awareness about historic preservation. For this reason, a range of different treatments are visible along the Parkway, including system interchanges and modern high speed ramps that connect to other limited access roadways, such as 8 and 25. Eventually, appreciation for the roadway's aesthetic characteristics grew, and the Department responded through the development of special design standards. These efforts are visible in the attractive wooden guiderail and stylized concrete barrier. 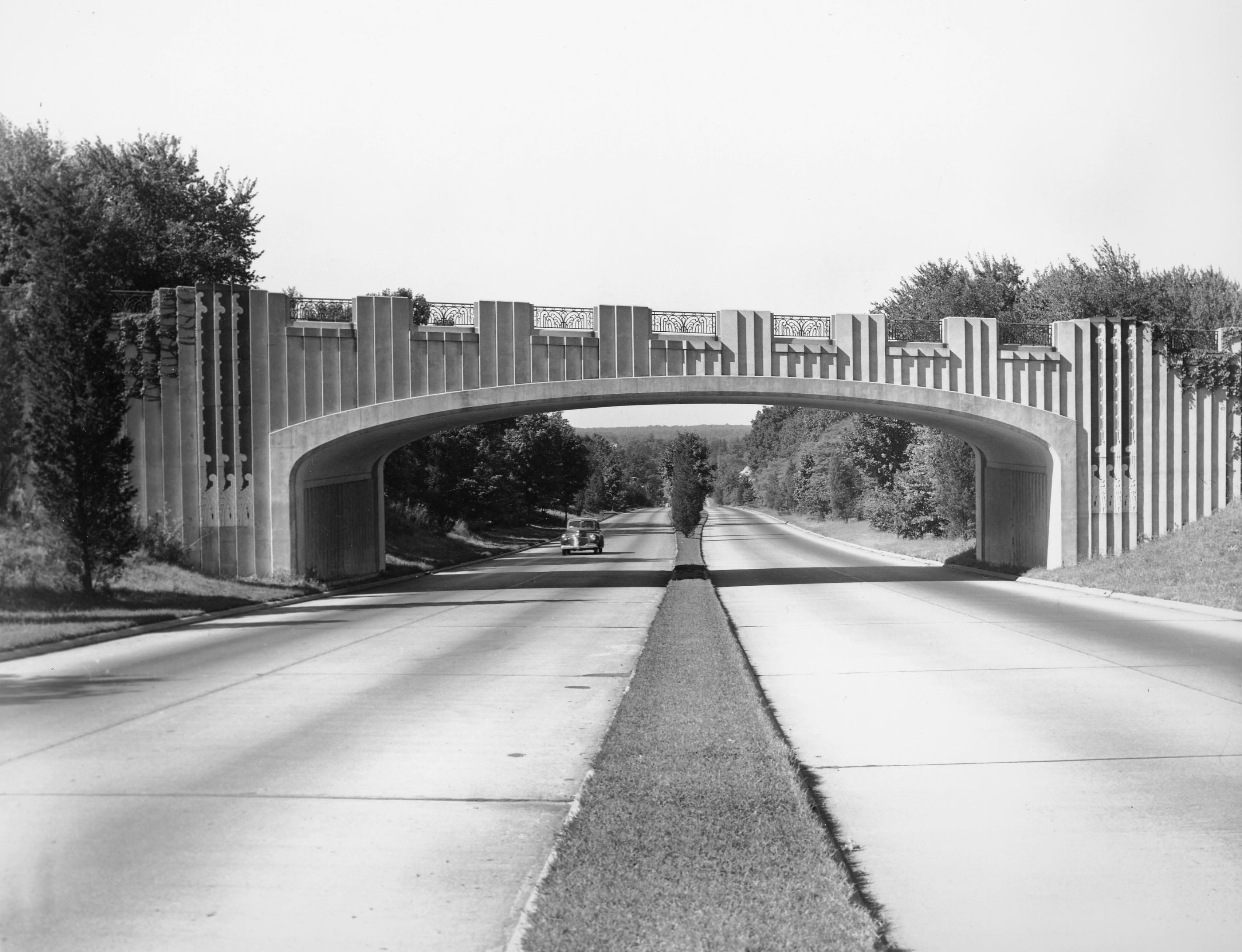 Cost facilitated the idea of creating concrete structures, rather than the masonry bridges which were built by the Civilian Conservation Corps. along the Parkways of Westchester County. What at first was a point of public contention became the Merritt’s most appreciated and endearing feature. The unique designs were created for the Department by George Dunkelburger and utilized then cutting edge technology of decorative concrete pouring. The methods we use to conserve the historic bridges have also evolved along with public appreciation and technology.

Techniques today follow the strict standards set forth in the Merritt Parkway Bridge Restoration Guide and include color analysis, patching, etc. Most people cannot tell today that the Main Street bridge was a complete re-construction. The architecture of the Merritt Parkway bridges, their symmetry and unique sculptural adornments, are cultural resources of National significance. 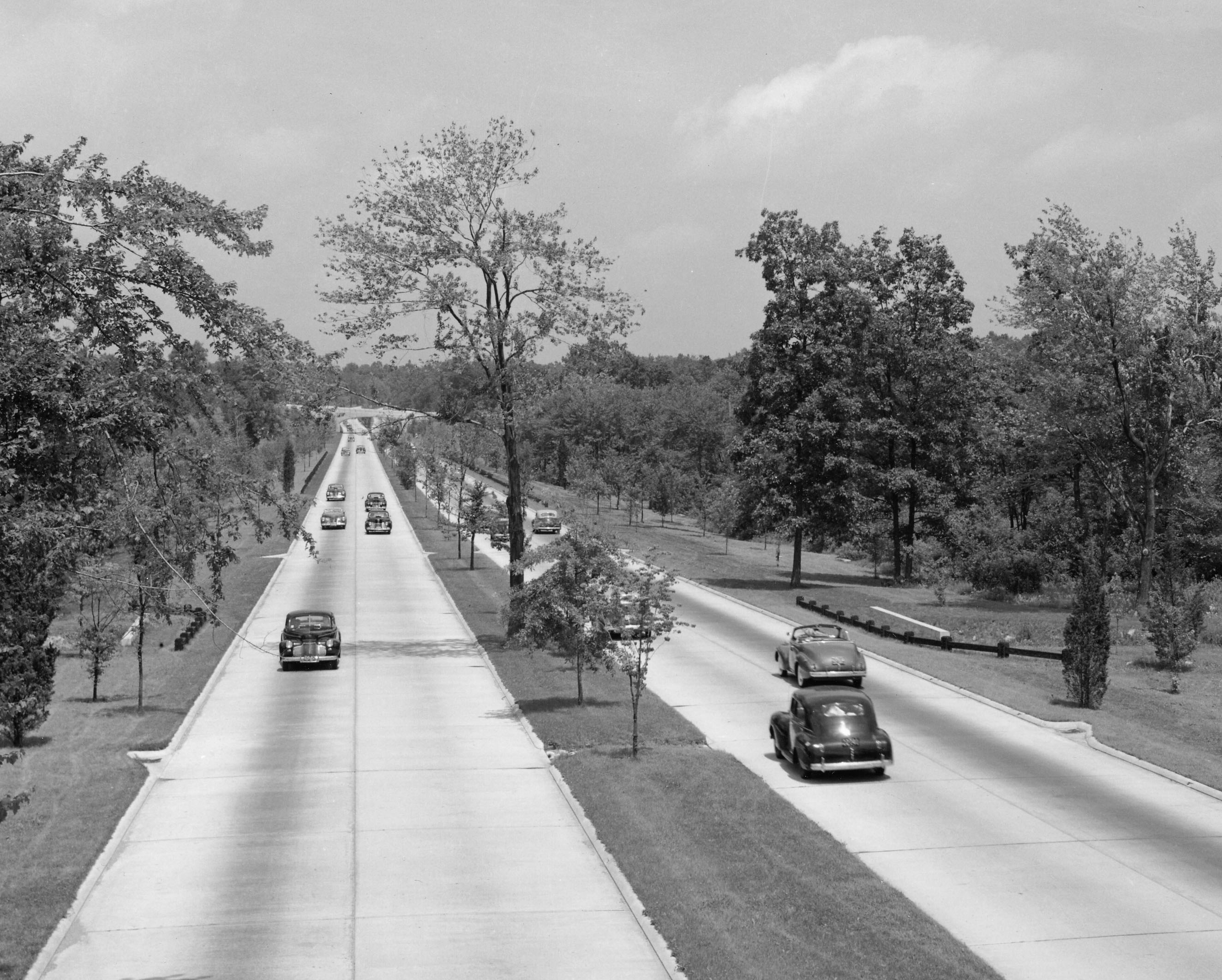 The original design team included two landscape architects, A. Earl Wood, who worked with highway engineers during construction to blend the extensive cutting and filling in to the into the adjacent slopes and meadows, and a young Thayer Chase, who was responsible for healing the scarred landscape with vegetation. The existing landscape along the Parkway was quite varied.  In some places it was heavily wooded, and in others, it was open and pastoral. The study will assess impacts on existing trees and other vegetation in several ways:

·         How it contributes to the historic integrity of the landscape.

·         How it relates to the essential setting of the historic bridges.

·         It’s existing function as a privacy buffer to adjacent residents.

The study will document and consider the aspects of integrity which were significant enough to elevate the Merritt to its current status. These include location, design, setting, materials, workmanship, feeling and association.