The Thomas Daniels Archaeological Site in Waterford, Connecticut, was the location of a homestead established in 1712 and occupied for much of the 18th century. The site was the home of Thomas Daniels, his wife, Hannah, and their children. Daniels, a "middling-sort" farmer, died in 1735; his widow occupied the house until her death in 1744. The property was then acquired by wealthy New London merchant Matthew Stewart. The house was probably rented out to a tenant or series of tenants through the 1770s, after which it seems to have been abandoned.

Archaeological investigations at the site determined that Daniels built a small one-over-one-room house with an end chimney and a stone-lined cellar. Later occupants built an addition to the house using post-in-ground construction. Within this earthfast addition, the post-Daniels occupants built a small blacksmith shop off the back of the house that primarily manufactured nails.

More than 73,000 artifacts and ecofacts were recovered and inventoried by the project: ceramics, nails, window and bottle glass, pipe fragments, food remains, and all sorts of household objects. The archaeology also located numerous features such as food-storage pits, a hearth, and refuse and shell middens. The artifacts, ecofacts, and features associated with the Thomas Daniels Site provide new insight into 18th-century architecture and lifeways. 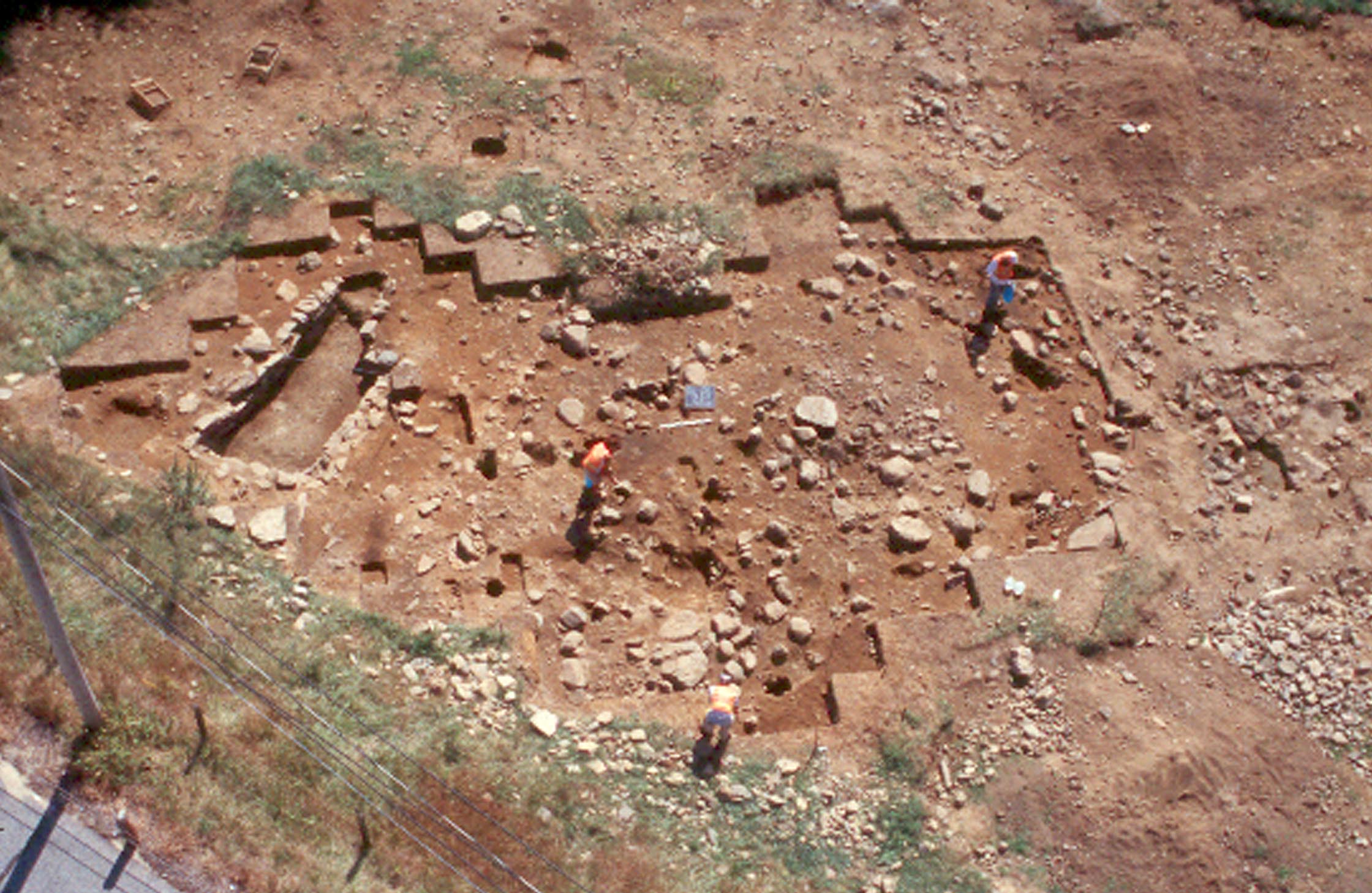 Overhead view of the site partway through excavations.

Written by Ross K. Harper Design by Archaeological and Historical Services, Inc. This webpage was funded by the Connecticut Department of Transportation.