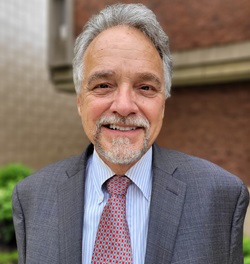 “I am honored and humbled to receive the Distinguished Service Award from APTA. My first job in transportation was in 1971 taking tickets on the trains from New Haven to New York. I never dreamed in that moment that transportation would be a career that spanned the next six decades,” said CTDOT Commissioner Joseph Giulietti. “I am grateful to APTA and our partners that are making a difference in the communities we serve. I am so appreciative of the work my friends and colleagues do every day to make transportation more accessible and convenient for all users.”

The 2022 APTA Awards recognize organizations and leaders in the public transportation industry in North America who have demonstrated significant leadership, are outstanding role models of excellence, and whose accomplishments and innovations have greatly advanced public transportation.

A 51-year veteran of the public transportation industry and a native of New Haven, Conn., Commissioner Giulietti began his career in 1971 with Penn Central Railroad as a brakeman and conductor while he was still in college. In 1978, he became a road foreman with Conrail (the successor agency to Penn Central) and joined the newly formed Metro-North Railroad in 1983 as superintendent of transportation, and later became engineer of track for the Harlem and Hudson lines. Commissioner Giulietti then served as Deputy Executive Director and then Executive Director of the South Florida Regional Transportation Authority (SFRTA) from 1998 to 2014.

After 14 years a SFRTA, Giulietti was tapped by the Metropolitan Transportation Authority to serve as President of Metro-North and return it to a culture of safety, after a series of derailments and other mishaps. During his tenure at Metro-North, rail ridership reached an all-time record of 86.1 million, giving a significant boost to the economic health of the region the railroad serves. He retired from Metro-North in 2017 and then worked as an independent industry consultant.

He was nominated as CTDOT Commissioner by Governor Ned Lamont in January 2019 and confirmed by the Connecticut General Assembly a month later. Commissioner Giulietti led 3,000-plus CTDOT employees through the COVID-19 pandemic, where public transportation continued to run and was never shut down. CTDOT capital investments and infrastructure projects also continued as planned during the pandemic.

The American Public Transportation Association (APTA) is a nonprofit international association of members who are engaged in all modes of public transportation. APTA members serve the public interest by providing safe, efficient, and economical transit services and products.

Commissioner Giulietti and other award winners will be celebrated at a special event later this fall. For more information on the 2022 APTA awards, visit apta.com.