The Rehabilitation of I-691, State Project No. 0079-0244, consists of resurfacing, bridge rehabilitation, illumination improvements, sign replacements, drainage upgrades and guiderail replacement. The roadway improvements address the failing concrete pavement and provide safety refinements between Exit 5 and 4 in the Westbound direction. The existing highway underdrains and existing metal pipes are being rehabilitated or replaced throughout the project limits. Additionally, bridge rehabilitation will be completed on the bridge decks and parapets to meet current Federal Highway Administration Standards. The project was award on January 6, 2021 utilizing an alternative contracting method of Design-Build. The Connecticut Department of Transportation in conjunction with the Design-Build Team WSP and  Manafort Brothers, Inc, is expected to last through September 2023. The purpose of the project is to improve travel conditions and increase safety for all users along I-691 from Meriden to Southington.  The needs for the project include:

The proposed work will be done in four main stages.  The first half (Stage 1 and Stage 2) of the I-691 Eastbound improvements will serve as the primary construction focus for the 2021 season, with work commencing in early September, and completing by late November 2021.  The 2022 construction season will focus on the remaining half of Eastbound (Stage 3 and 4), as well as the first half (Stage 1 and 2) of Westbound improvements.  Work will then progress into Stage 3 and 4 Westbound, completing in early November 2022.  Project wide Substantial Completion is anticipated to occur on August 25, 2023.

This project limits begin near Meriden Mall/MidState Medical Center area in Meriden and continuing through the towns of Middlefield, Meriden, Southington and Cheshire.  The overall project limits are approximately from mile 0 to mile 9 on I-691 and Route 66 between log mile 0.0 and 1.95 for signage upgrades. 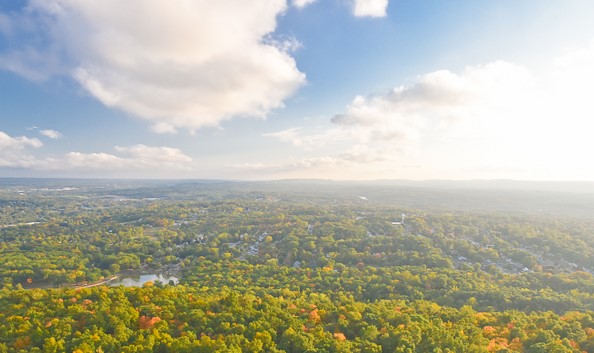 Interstate 691 began as a freeway for U.S. 6 A between Exits 8 and 13 in 1965. By 1969, the designation changed from U.S. 6 A to Connecticut 66, with construction extending the road west to Exit 4. Interstate 691 was established by AASHTO and completed in 1987. Today, this interstate portion connects two major highways, one being Interstate 91 and the other Interstate 84, and is 8.92 miles in length.