Underage drinking is a serious problem. Alcohol is the most commonly used and misused drug among youth in the US. The average American girl has her first drink at age 13 and for boys, it’s age 11. It can also have long-term effects. Youth who start drinking before age 15 are six times more likely to develop alcohol dependence or misuse later in life than those who begin drinking at or after age 21.

DMHAS recognizes the importance of addressing this problem in communities where young people live. In collaboration with the Substance Abuse and Mental Health Services Administration (SAMHSA), resources are available to communities to implement strategies to reduce underage alcohol use and its harmful effects. 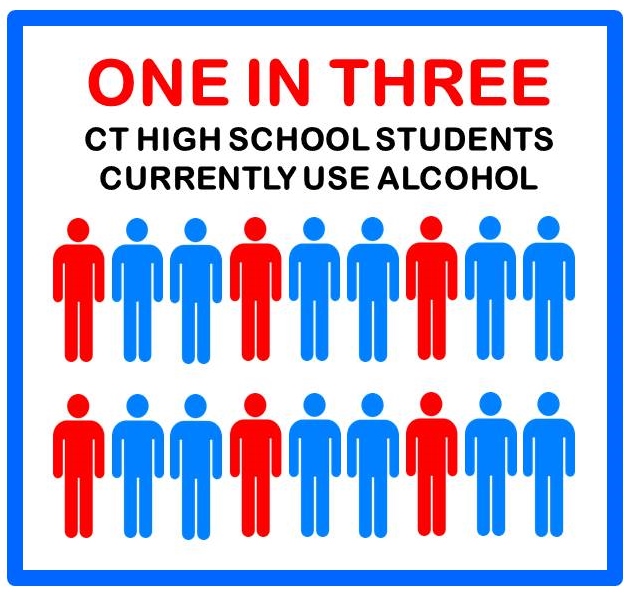 Videos:
Consequences of Underage Drinking
Youth who drink are more likely to experience:
Health Dangers of Underage Drinking
Drinking may have lasting health effects:
Dangers of Binge Drinking
As young brains are still developing, alcohol can impact changes in brain development that may have life-long effects:
Importance of Family
The Connecticut School Health Survey found that teens who reported having meals at home with family, feeling love and support from parents, and having parents who asked about their whereabouts when not at home showed the lowest prevalence of risky behaviors including alcohol and drug use, motor vehicle safety and risky sexual behaviors.
Here's what you can do to prevent underage drinking and other risky behaviors:
For information on what programs and services may be available in your area:
Resources: