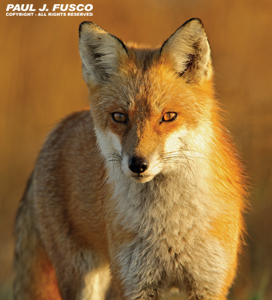 Problems associated with foxes include depredation on domestic animals, perceptions of danger to humans (healthy foxes pose virtually no danger to humans), and their potential to carry disease organisms. Foxes will prey on small livestock such as ducks, chickens, rabbits, and young lambs, but generally do not bother larger livestock. Cats may also be preyed on. Foxes often carry their prey to a secluded area or their den where it is eaten by the adults and young.

Livestock can be protected from foxes by secure pens, coops, or fencing. Most predation occurs at night so it is particularly important to provide protection at that time. Foxes will dig or squeeze under poorly maintained fences and may climb over small fences. Some electric fence designs can provide good protection. Outdoor dogs may also keep foxes away. Potential food sources, such as pet food, meat scraps on compost piles, and fruit below fruit trees should be eliminated. Dead livestock should be properly disposed. Removing foxes through trapping or shooting is only recommended during designated seasons or in situations where individual foxes show a pattern of preying on livestock.

Many of the methods used to protect livestock can also be used to protect pets. Pets are often easier to protect because they can be kept indoors at night and can be supervised while outdoors by their owners. Human presence is often a deterrent to foxes. Foxes that travel into residential yards should be harassed or scared with loud noises to prevent them from becoming habituated. During the spring, disturbing a den site physically may prompt foxes to move to a more attractive den, which may be farther from yards and houses.

Foxes, especially red foxes, commonly live in close association with human residences and communities. They frequently inhabit yards, parks, and golf courses, especially areas that adjoin suitable, undeveloped habitat. Healthy foxes pose virtually no danger to humans. Foxes can grow accustomed to human activity but are seldom aggressive toward people. Expanding housing development, particularly in historically rural areas, increases the chances of interactions between humans and foxes, as well as other wildlife. Many homeowners do not realize that their lawn may be a more attractive habitat to foxes than surrounding mature forest. Eliminating healthy foxes is not warranted based solely on human safety concerns. People uncomfortable with the presence of foxes should remove attractants, exclude foxes with fencing and employ scaring techniques. Trapping and relocating foxes is not recommended because the state's fox population and fox "problems" are widespread and relocated foxes can cause problems in new locations. In many cases, homeowner's perceptions of problems are unfounded and in some cases, the mere presence of a fox is perceived as a problem.

Foxes can carry the organisms responsible for several contagious diseases such as mange, distemper, and rabies. The raccoon rabies strain is the only terrestrial strain of rabies in Connecticut. Raccoons are the primary carrier but foxes can also be infected. Foxes are the primary carrier for different strains of rabies that occur in other geographic regions. Animals that appear sick or that are acting abnormally should be avoided. The following symptoms may indicate the presence of rabies or other neurological diseases in mammals: unprovoked aggression, impaired movement, paralysis or lack of coordination, unusually friendly behavior and disorientation. Local animal control officers, police, or the Department of Energy and Environmental Protection should be contacted (24- hour Dispatch Center at 860-424-3333) if assistance is needed with a diseased animal.

In rare situations, when foxes attack supervised pets or threaten public health or safety, the DEEP may issue a special permit authorizing the trapping and humane killing of problem foxes. Landowners must fill out and submit to the Wildlife Division an Application to Trap Foxes or Coyotes Causing Severe Damage or Public Safety Threat (Word Form; PDF).