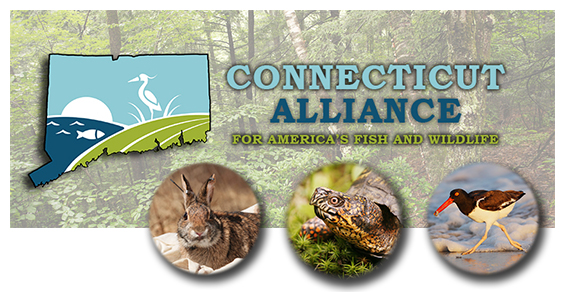 Our Nature. Our Nation. Our Future. 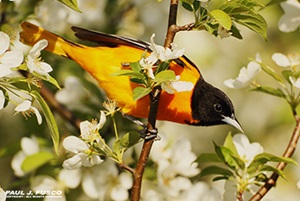 Our nation’s fish and wildlife are among its most valuable resources, along with clean air, water, healthy forests, and agricultural lands that support us all. Scientists estimate that one-third of all U.S. wildlife species are already imperiled or are vulnerable. Habitat loss, invasive species, and intense weather events have all taken a toll on birds, mammals, fish, amphibians, reptiles, butterflies, and bees. We are facing a historic fish and wildlife conservation challenge that could alter American’s opportunities to benefit from these resources. Urgent action is needed to protect vulnerable wildlife. The Recovering America’s Wildlife Act is the solution we need.

UPDATE: On June 14, 2022, the U.S. House of Representatives passed the Recovering America’s Wildlife Act (H.R.2773)! The proposal now needs to be voted on in the Senate. DEEP Wildlife Division and Connecticut Audubon staff, along with local government representatives, recently held a press conference to celebrate being one step closer to passing this landmark legislation. 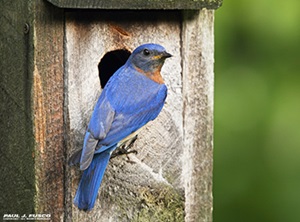 Reintroduced on Earth Day, April 22, 2021, by U.S. Representative Debbie Dingell (Michigan) and U.S. Representative Jeff Fortenberry (Nebraska), the bipartisan Recovering America’s Wildlife Act establishes a 21st-century funding model for the proactive conservation of fish and wildlife. The bill will dedicate $1.3 billion annually to state fish and wildlife agencies to implement their science-based wildlife action plans and an additional $97.5 million for tribal fish and wildlife managers to conserve fish and wildlife on tribal lands and waters. This will provide dedicated funding, so state and tribal wildlife managers can proactively conserve fish and wildlife species of greatest conservation need in a voluntary, non-regulatory manner before federal listing under the Endangered Species Act is warranted. This bill will get Americans back to work immediately, creating an estimated 33,000 jobs each year restoring natural resources and bolstering community resilience while protecting our valuable natural infrastructure.

The Alliance for America’s Fish and Wildlife 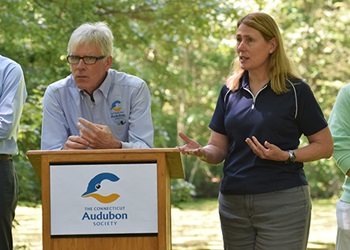 The Alliance for America’s Fish and Wildlife formed in 2017 to secure funding for much needed conservation of our most precious natural resources, our fish and wildlife. It has expanded out of the strong partnership and recommendations created by the Blue Ribbon Panel on Sustaining America’s Diverse Fish and Wildlife Resources, consisting of members representing the outdoor recreation, retail and manufacturing sector, the energy and automotive industries, private landowners, educational institutions, sportsmen’s and other conservation groups and state, tribal and federal fish and wildlife agencies. The Alliance consists of members representing more than a trillion dollars of economic impact, millions of non-exportable jobs, and tens of millions of members and consumers across the country, all who rely on healthy fish and wildlife populations. The goal is to partner with all Americans to conserve our precious fish and wildlife and natural heritage for future generations. The Alliance recently sent a letter to the U.S. House encouraging support for the Recovering America’s Wildlife Act signed by over 350 partner organizations and businesses.

Learn more about the The Alliance for America's Fish and Wildlife at OurNatureUSA.com.

“Our goal is to partner with responsible Americans to conserve our natural resources for future generations.”

The Alliance for America's Fish and Wildlife Overview - Learn more about the role the Alliance plays in supporting the Recovering America's Wildlife Act.

May 2022 - Op-Ed by the Connecticut Audubon Society: The Recovering America’s Wildlife Act: an unprecedented opportunity that is good for wildlife and people

Unless our nation makes a change in the way conservation is funded, the number of species on the brink of extinction will grow significantly. The Recovering America’s Wildlife Act will help wildlife at risk before they need the more costly and restrictive “emergency room” measures required by the Endangered Species Act. The current levels of funding are less than five percent of what is necessary.


How YOU Can Help Connecticut's Fish and Wildlife!

Visit ournatureusa.com and take a few minutes to send a letter to your member of Congress in support of the Recovering America's Wildlife Act.

As a Business or Organization:

If you are a business, institution, group, or non-profit organization, please consider joining the Alliance for America's Fish and Wildlife to help demonstrate support for this effort is broad-based. Membership in the Alliance does not mean you endorse all activities, only that you support fish and wildlife conservation. Sign up electronically through the Association of Fish and Wildlife Agencies or by printing and mailing a membership form.

How Fish and Wildlife Conservation Is Currently Funded

Congress requires each state and U.S. territory to develop a State Wildlife Action Plan – a proactive blueprint for implementing conservation actions to wildlife and their habitats in a cost-effective way before they become state or federally listed. Roughly 12,000 species of greatest conservation need (SGCN) were identified in the U.S. under the 2015 State Wildlife Action Plans. In Connecticut, familiar species include the little brown bat, American kestrel, box turtle, and Atlantic sturgeon. These species are among the 567 SGCN found across the state. License fees and excise taxes on hunting and fishing equipment help but are not enough, and they have restrictions on which species can directly benefit. There just isn’t enough money in the budget to implement the Wildlife Action Plans, and that leaves the states without the ability to conserve all fish and wildlife.

Good for People and Good for the Economy 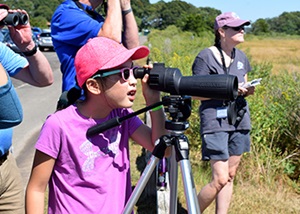 As Americans, nature is a key part of our natural heritage. It also impacts our physical and mental health. As we become more disconnected from the natural world, our physical and mental well-being suffers. Even a short period of time spent in nature can help reduce stress, lower blood pressure, and improve our ability to concentrate. These benefits are even greater in kids; their ability to follow directions and complete tasks increases and their critical thinking skills improve. Investing in wildlife and their habitats is actually an investment in our health and our national heritage.

Bald Eagle: The bald eagle embodies one of Connecticut's best conservation success stories. Nesting bald eagles disappeared from our state in the 1950s. Today, through cooperative work between wildlife biologists and landowners, eagles are thriving and represent the importance of Recovering America's Wildlife Act. Dedicated funding for wildlife conservation will create a wildlife legacy we can be proud of - where future generations of eagles soar free and we delight in watching them. 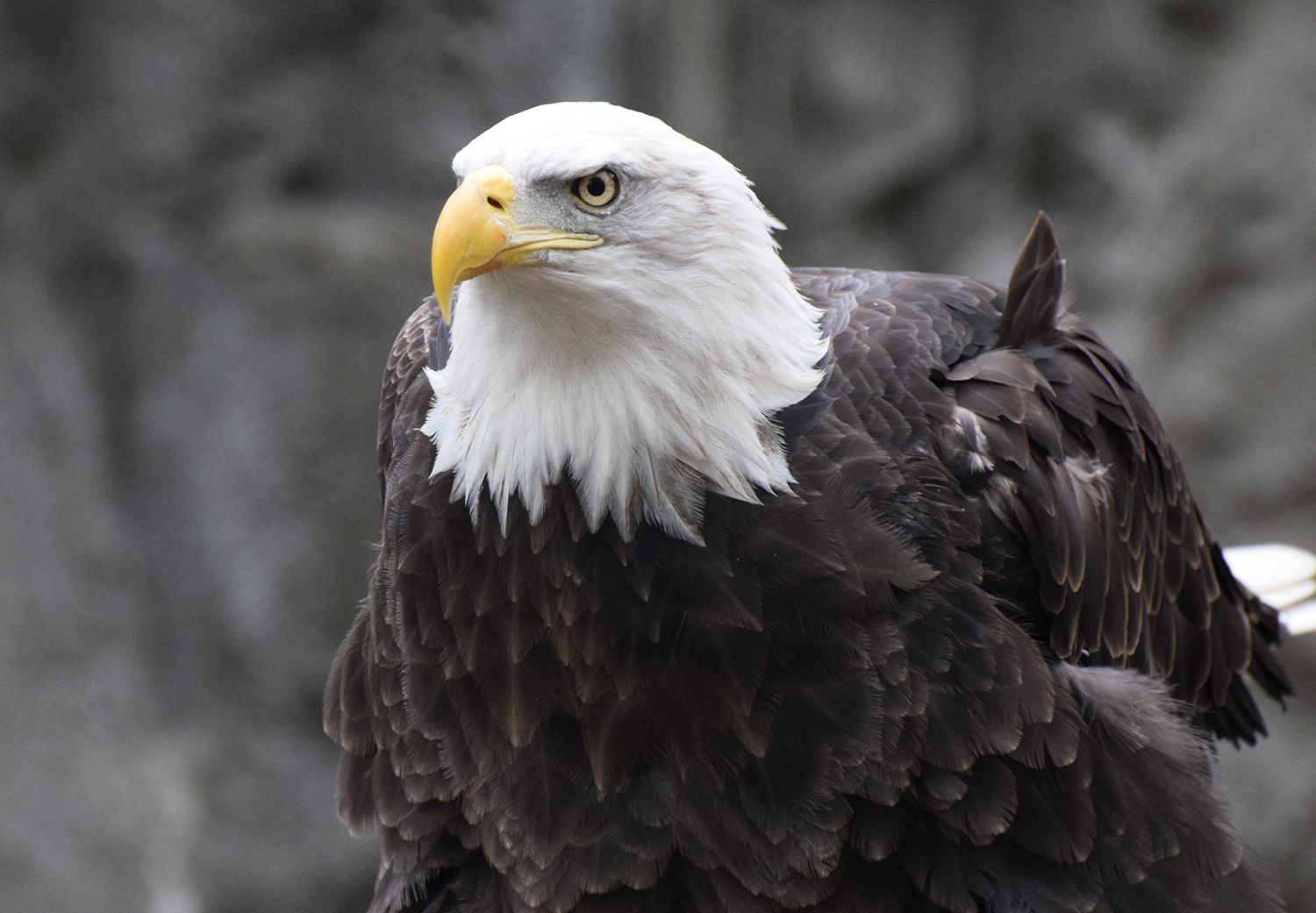 Osprey: An iconic species in Connecticut, the osprey was once close to the brink of extinction with only a handful of nests remaining along our coastline. The banning of DDT and hard work by volunteers who created artificial nesting platforms helped save this beautiful bird. In an effort to continue monitoring this comeback, Osprey Nation was formed in 2014 by the DEEP Wildlife Division and Connecticut Audubon Society. This group of citizen scientists collects important data on nest success to help guide management and also works to repair and replace nesting platforms as needed to ensure osprey will long remain a treasured part of our natural heritage. 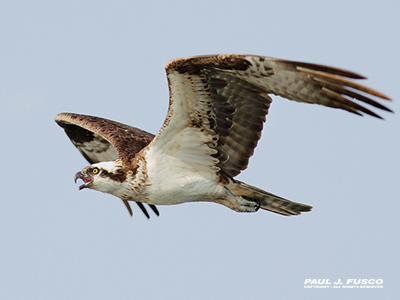 Wild Turkey: Thanks to dedicated funding made possible by the Pittman-Robertson Act, wild turkeys have once again become a common sight in Connecticut. While it is hard to believe that wild turkeys had completely disappeared from our state, their conservation success story is one we need to share with other species that are facing similar challenges. The bipartisan Recovering America's Wildlife Act, the most significant conservation investment in a generation, will provide the kind of proactive help needed to make sure the wildlife we enjoy today will be here for future generations to enjoy. 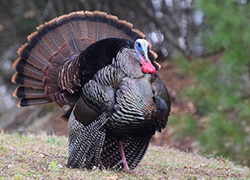 Eastern Bluebird: The Eastern Bluebird was once so scarce, it was only found in small areas of three towns in Connecticut. Habitat loss and competition from non-native species were the key conservation challenges faced by this beautiful bird. Through a proactive program to build, distribute, and manage man-made nest boxes, wildlife biologists and the public combined forces to reverse this decline. Today, bluebirds are found in every Connecticut town, their bubbly song proof that the model outlined in Recovering America's Wildlife Act works to protect our natural heritage. 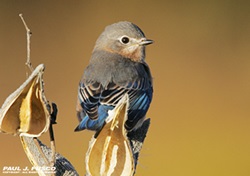 Get a free Nature Photo (fish, forests, and wildlife) to use for a Zoom Meeting Background.