American Woodcock Habitat Use and Survival 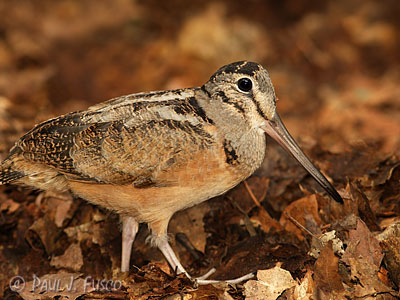 Woodcock populations have been declining within their range during the last 50 years, primarily due to habitat loss. Woodcock require a variety of different habitats throughout their life cycle. They are not restricted to specific vegetation types, as long as the habitat provides the necessary early successional structure.

In spring, male woodcock claim breeding territories known as singing grounds, which are clearings that male woodcock display in to attract potential mates. Ideally, singing grounds are near areas of young forest where female woodcock can nest and rear their young. As summer progresses into early fall, woodcock will use more open areas to roost. In these areas, woodcock will sit on the ground among scattered areas of briars, shrubs, and weeds. This patchy mixture of cover protects woodcock against avian predators, yet it is not so thick that it prevents their escape from ground predators. Woodcock will use early successional habitat for resting and feeding as they migrate between northern breeding areas and southern wintering areas in the fall.

DEEP Wildlife Division biologists began the Woodcock Habitat Use and Survival study in 2005. The project was funded by the Federal Aid in Wildlife Restoration (Pittman-Robertson) Program and through partnerships with sportsman’s groups and others who were concerned about the well-being of American woodcock. The study looked at habitat use and survival of woodcock. Study sites were either excellent quality (large, contiguous blocks managed for young forest habitat) or lower quality (patchy suburban interface). Researchers hypothesized that survival rates and habitat use would differ between woodcock inhabiting large, high quality blocks of habitat and those found in more patchy, fragmented, lower quality habitats. 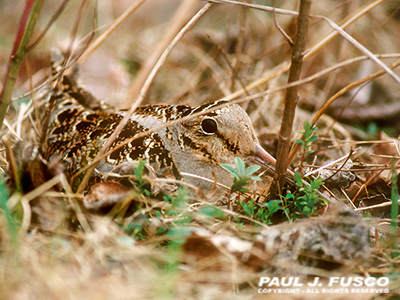 Over the course of a three-year period, it was found that habitat quality and quantity largely govern survival rates of male woodcock in Connecticut. There is little high-quality woodcock habitat in the state, as demonstrated by the large home ranges used by Connecticut birds. They must travel farther to meet all of their survival needs, which makes them more vulnerable to predators. Birds using high-quality habitats required less space and had higher survival rates.

Fragmentation of young forest habitat in Connecticut creates an ecological sink, meaning survival rates in fragmented sites are too low to maintain a steady population. The low survival rates of males and the downward trend in statewide woodcock surveys indicate that there is not enough high-quality habitat in Connecticut to result in a positive growth rate for woodcock in the state.

This research allowed the Wildlife Division to develop and implement a woodcock management plan for the state. The goal of that plan is to increase woodcock in three state priority woodcock focus areas by 50%. Increasing current levels of young forest habitat on lands that are under DEEP control and within woodcock focus areas will ensure that woodcock and other young forest dependent species have an adequate habitat base to meet their needs. The knowledge gained from our study guided our habitat management techniques and strategies. 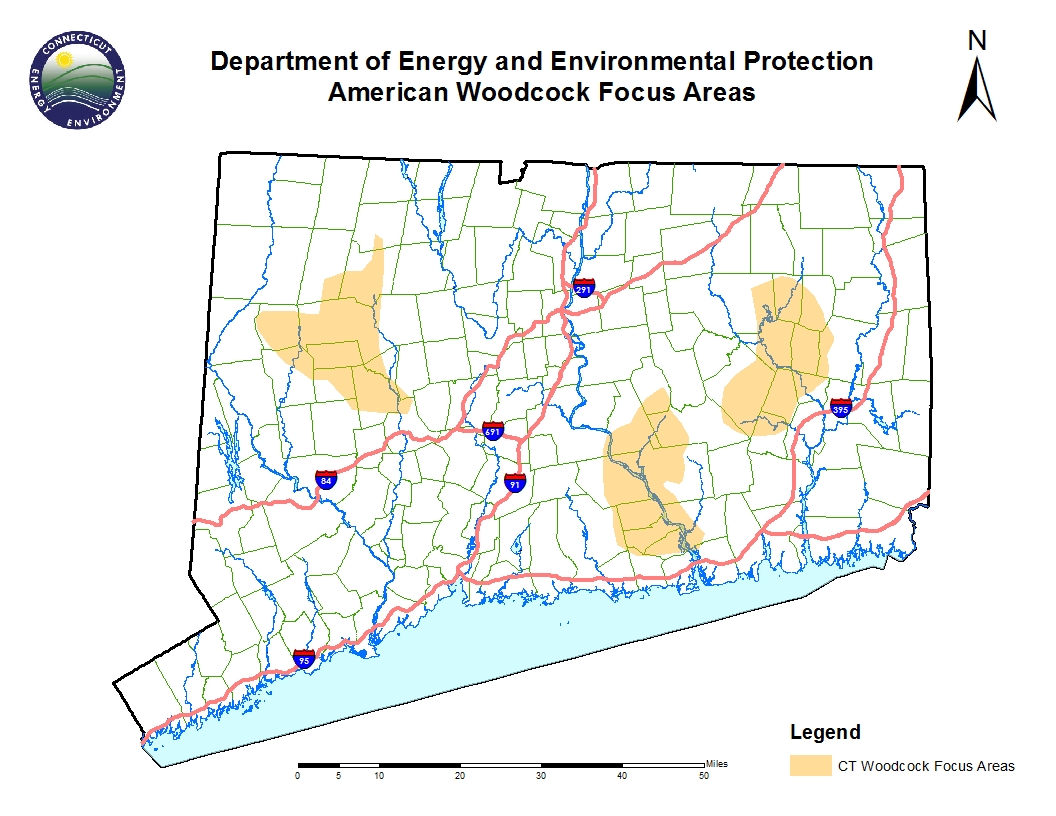 In order to determine the effectiveness of habitat management efforts, the Wildlife Division has begun monitoring woodcock survival rates within management sites. Woodcock were captured and radio-tagged at Roraback Wildlife Management Area in Harwinton to see how well a large habitat project conducted in 2009 is functioning. Prior to this work, radio-tagged birds were monitored to collect baseline data. Since the habitat work was completed, a four-fold increase in woodcock abundance has been observed at the site. Within the first year of assessment, woodcock survival rates were similar to rates documented at high-quality sites elsewhere in the state when an initial research project was conducted. 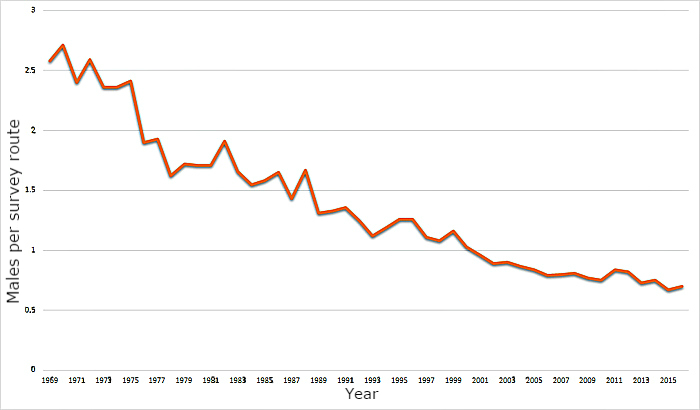