Creating a vision for the future of wildlife conservation

Connecticut's 2015 Wildlife Action Plan was approved by the U.S. Fish and Wildlife Service. 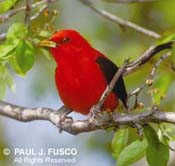 In 2005, Connecticut completed its Comprehensive Wildlife Conservation Strategy, now known as the Connecticut Wildlife Action Plan (WAP), creating a blueprint for the conservation of wildlife over a decade. Connecticut, along with other states across the country, revised and updated the Wildlife Action Plan in 2015 to establish both a state and national framework for proactively conserving our fish and wildlife, including their habitats, for the next 10 years.

As part of this effort, Connecticut’s List of Species of Greatest Conservation Need also was revised. This effort involved adding new information on climate change and its impacts to wildlife conservation, updating resource mapping, refining conservation threats, and incorporating information gained through the implementation of the first Wildlife Action Plan. The revision also includes the identification of new or revised conservation actions to help advance wildlife conservation over the next decade. Participation by conservation partners, academic institutions, and the public was key to making the revised Wildlife Action Plan an effective tool for conserving Connecticut's diversity of wildlife resources for future generations.

The intent of the CT-WAP is to provide guidance and vision for wildlife conservation in Connecticut. Accordingly, the plan: 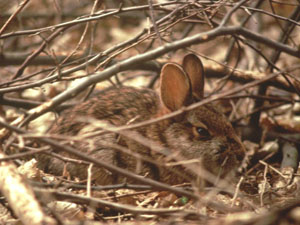 Through passage of the Forsythe-Chaffee Nongame Act of 1980, Congress recognized the need for new sources of federal funding for state wildlife conservation programs to complement funding provided through the Sport Fish and Wildlife Restoration Programs. Key elements in the success of the Sport Fish and Wildlife Restoration Programs have been long-term stability, equitable and reasonably predictable annual allocations, and safeguards against diversion of such funds away from the purposes established by Congress.

Subsequent to the passage of the Forsythe-Chaffee Nongame Act, an unprecedented national grassroots coalition (Teaming with Wildlife) was created. This coalition comprises all 50 states, their governmental and nongovernmental partners in conservation, and the corporate sector. For over a decade, the coalition has developed strong Congressional support to fund the conservation of nongame species. Since 2001, this effort has resulted in annual appropriations to states under the Wildlife Conservation and Restoration Program (WCRP) and State Wildlife Grant Program (SWG).

Under the federal SWG program, Congress has provided a historic opportunity to state fish and wildlife agencies and their partners to design and implement a comprehensive vision for the conservation of America's wildlife. Under SWG, each State, Territory, and the District of Columbia was required to complete a Comprehensive Wildlife Conservation Strategy by October 1, 2005.