Urban Wood Utilization in Connecticut: Reasons for the Removal of Urban Trees

Possible reasons for the removal of urban trees include:

Public Safety: Public safety is a primary reason for the removal of urban trees. Trees may have structural defects that cause the tree warden concern, or there may be indications that the tree is under attack by organisms that can decay and weaken it. Among such indicators are conks, or mushrooms growing from the tree. The tree might also be unhealthy and show disease indicators such as cankers or branch dieback. Trees in that condition might have to be removed before they cause more significant problems. 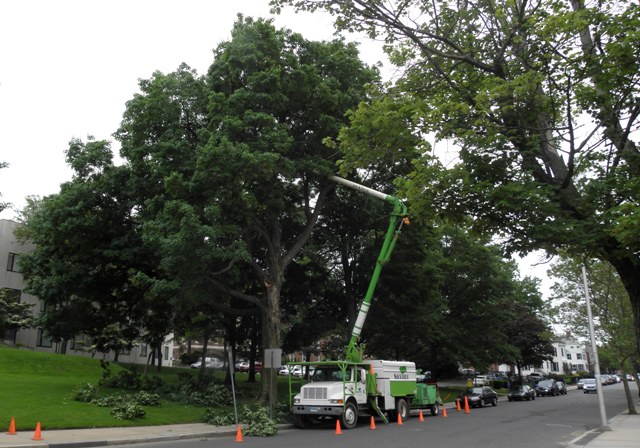 Severe Weather: Ice, snow and wind storms can have a significant impact on trees. Penetrating rains can loosen soils and, together with strong winds, lead to trees being toppled. Lightning strikes generate heat that vaporizes water within the tree, causing wood to split and bark to explode. Heavy snow and ice may bring limbs and even entire trees down. The storms of 2011, as one example, were estimated to cause more than $3 billion in economic losses in Connecticut alone. Connecticut Light and Power (now Eversource) estimates that 9 out of 10 power outages during those storms were caused by trees and branches falling on power lines. 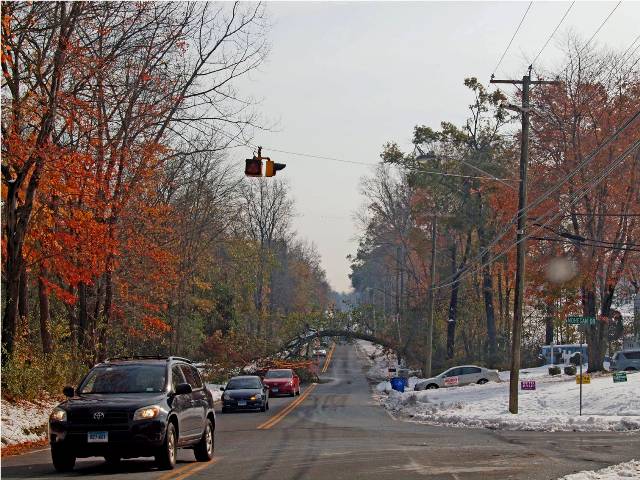 The storms of 2011 were estimated to cause more than $3 billion in economic losses in Connecticut.

Natural Mortality: Sometimes, trees just die. Natural mortality can occur due to obvious factors such as insect or disease attack, poor site conditions or changes in the local environment. Or, it can occur for no particularly discernible reason at all. Regardless, dead trees in the urban environment are only likely to cause future problems and should be removed. 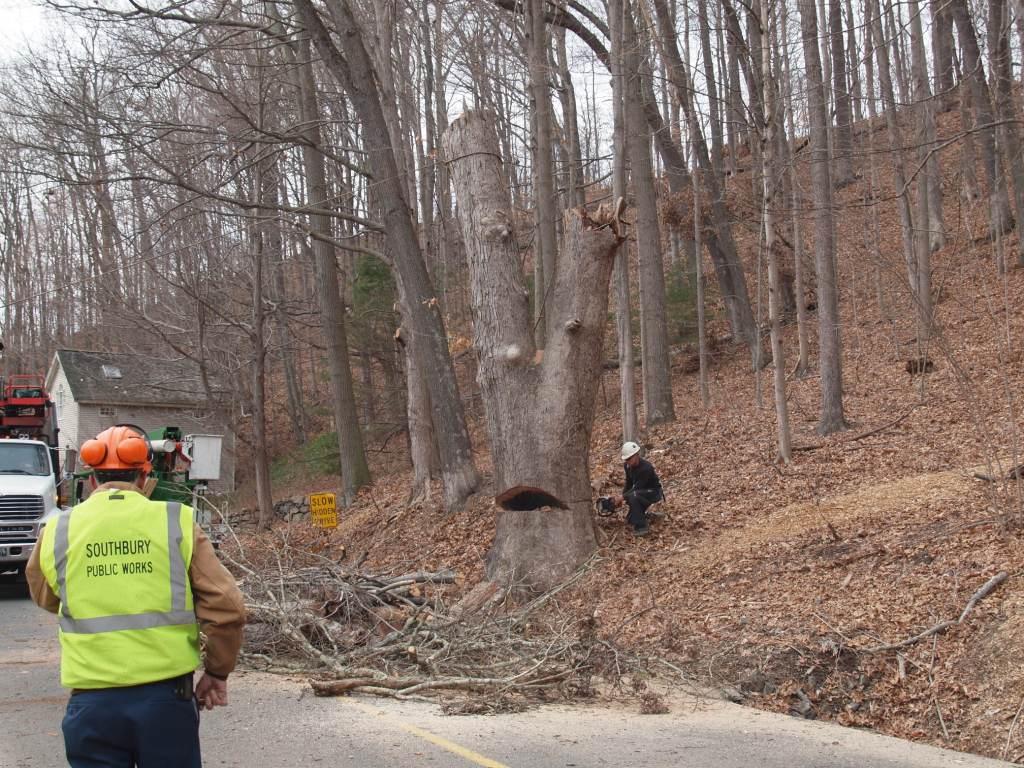 Tree being removed in Southbury due to its poor condition and location adjacent to a well-traveled roadway.

Municipal Planning and Construction: Urban trees that are otherwise structurally strong and healthy might need to be pruned or removed to accommodate infrastructure and construction projects. This could include trees adjacent to utility infrastructure as well as trees and limbs that block sight lines along roads, hinder access to properties or interfere with a development project. Just because construction is planned, it does not always mean that trees must be removed. 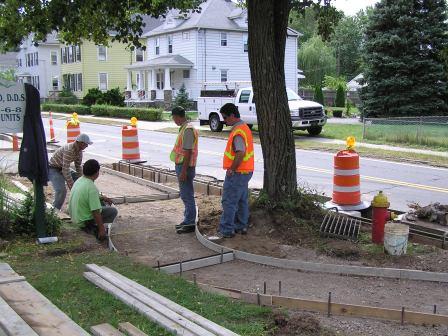 Workers in Wallingford shape a sidewalk around an existing tree, allowing that tree to remain and contribute as part of the town's urban canopy.

Harvesting: Wood from urban and municipal trees is not usually harvested solely for its value as lumber or as a forest product, although there are people who advocate for that sort of urban tree use. In particular, it is suggested, if a tree is approaching the end of its useful life as a street or park tree, such harvesting could be seen as both practical and forward-looking when coupled with replanting. Timber harvests have also been successfully used a number of times in Connecticut as a means of park woodlands management and renewal. 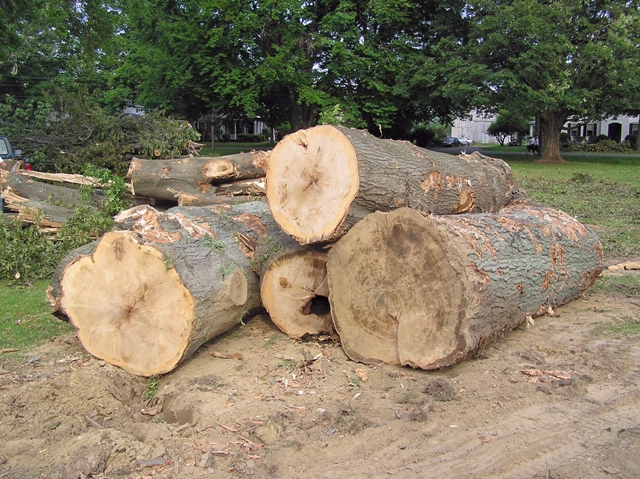 Logs from an urban location.

Burl: A sound, hard woody growth on a trunk or a branch of a tree with no protruding limb(s), twig(s), or stump(s). May be caused by bacteria, fungi, insects, environmental stress, or genetic predisposition.

Canker: Cankers are localized dead areas in the bark of stems, branches or twigs of many types of trees and shrubs. Most canker diseases are caused by fungus, which grow between the tree's bark and the wood, killing the living portion of the bark.

Conk: A fruiting body of wood-rotting fungus. Conks are external and are usually indicative of a widespread fungal vegetative body spread within the wood of the tree.

Invasive Plants: Plants that are disruptive in a way that causes environmental or economic harm, primarily by spreading rapidly and easily into native habitats. A weed. When the invasive plant in non-native, it is often termed as a "non-native invasive plant" or an "invasive, exotic plant".

Rot: Rot or decay is the decomposition, breakdown, and destruction of wood components.

Structural Defect: Any abnormal feature, condition, or deformity of a tree or tree parts that has the potential to weaken mechanical strength or stability and contribute to failure. For example: bark inclusions, cracks, co-dominant stems or hollow trunks.