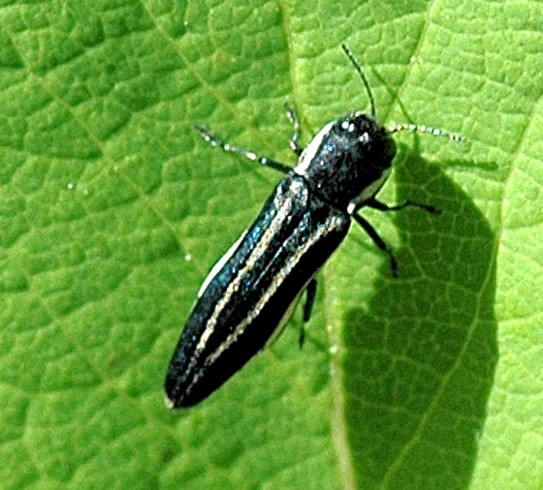 Adult two lined chestnut borer
Most damage is from the larvae feeding under the bark. 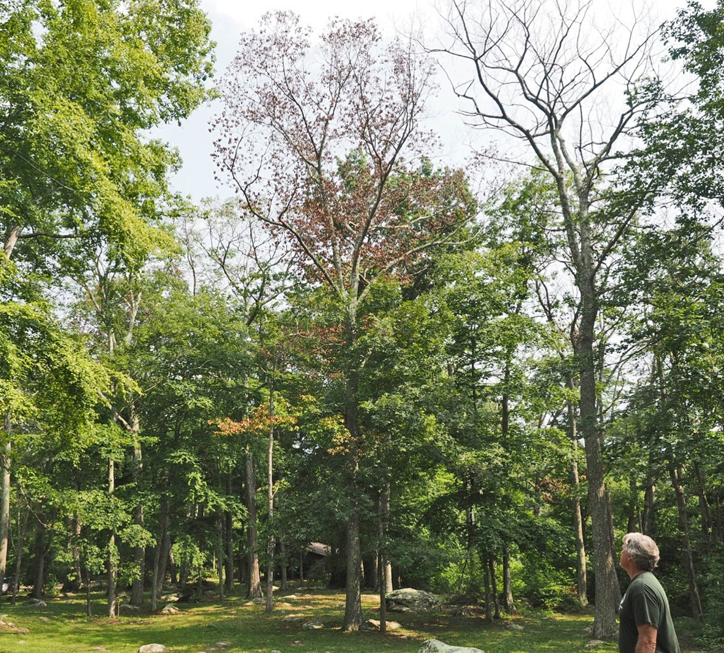 Oaks that survived the spongy moth infestations and the drought that caused so much harm over the years of 2015 to 2017 are not necessarily out of the woods. During the summer of 2018, foresters and arborists in eastern Connecticut noticed the effects of another harmful insect, the two lined chestnut borer (Agrilus bilineatus). Connecticut continued to see oak deaths from this insect, as well as other secondary pathogens and the overall lingering effects of the drought, into the summer of 2019, and may continue to see these harmful effects on into the year 2020.

Following the recent onslaught of the spongy moth and the drought, that dynamic has changed. Increasingly, oaks throughout the areas struck by spongy moth have begun showing the symptoms of attack by this insect. These symptoms usually start with the browning of leaves near the top of the tree. This is from the larvae begin their feeding under the bark of branches in the upper crown.

This attack can be initiated at any point during the summer. As the summer moves on, the symptoms start to show further down the tree, as the beetles begin laying their eggs on branches in the middle and then lower crown. When the attack is in full-swing, it is not unusual to see trees whose tops are full of brown, dead leaves, whose middle crown show leaves turning red and yellow as they wilt and what appears to be healthy green leaves lower in the crown.

It should be noted that there are other harmful organisms that will take advantage of the compromised condition of the oak trees. Various pathogens, most notably the armillaria fungus, as well as insects such as the red oak borer, may also be attacking these trees, often alongside of the two lined chestnut borer.

The pattern of two lined chestnut borer outbreaks are well known from past experience with spongy moths. The number of TLCB tend to reach a maximum following the peak year of spongy mortality. After this peak, the number of oak deaths due to TLCB then declines as various parasitoids the move in on the TCLB.