The gypsy moth undergoes a complete metamorphosis - changing from egg to larva (caterpillar) to pupa to adult.

Gypsy moth eggs hatch generally between late April and mid-May. The larval, or caterpillar, stage typically lasts about 7 weeks. The larvae are most active during the months of May and June. The individual larvae become pupae in late June on into July and remain in this stage for 1 to 2 weeks. Adults emerge in late June through the middle part of July and can persist into August.

It is the caterpillar stage of the insect that is infamous for its appetite. Oaks are its first choice, but it readily consumes beech, birch, elm, maples, and most other hardwoods. During heavy infestations, it will also consume pine, spruce and hemlock needles. It tends not to feed on ash and tulip poplar. 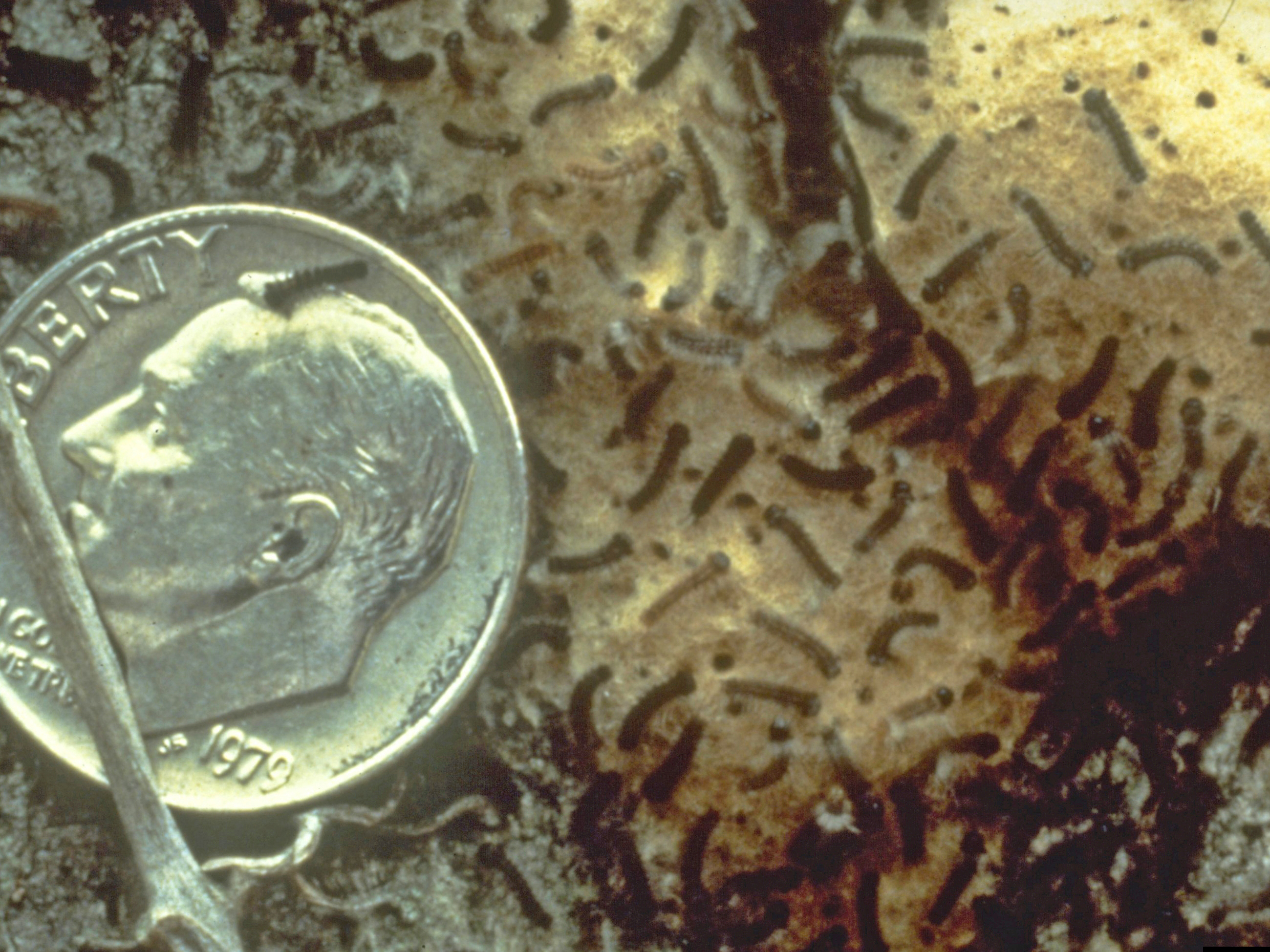 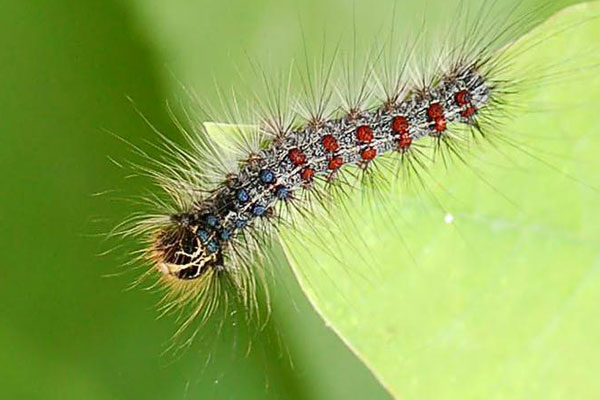 As it grows, the caterpillar molts 3 or 4 times. It needs to shed its skin in order to grow. The period between each molt is known as an instar. First instar larvae are very small and can be difficult to spot. Fourth and fifth instar larvae are very large, with an appetite to match their size. The majority of the defoliation is caused by these later instars. 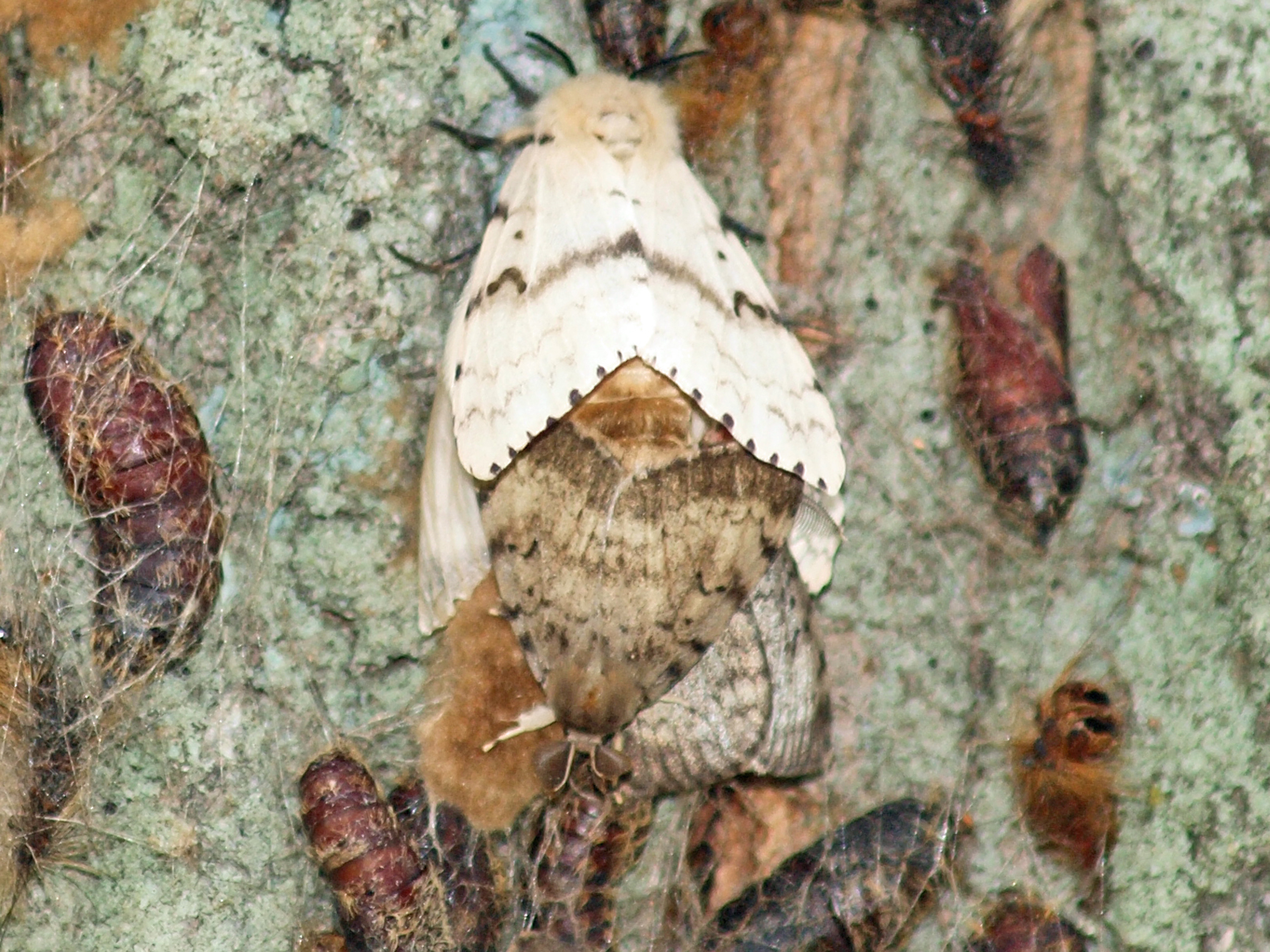 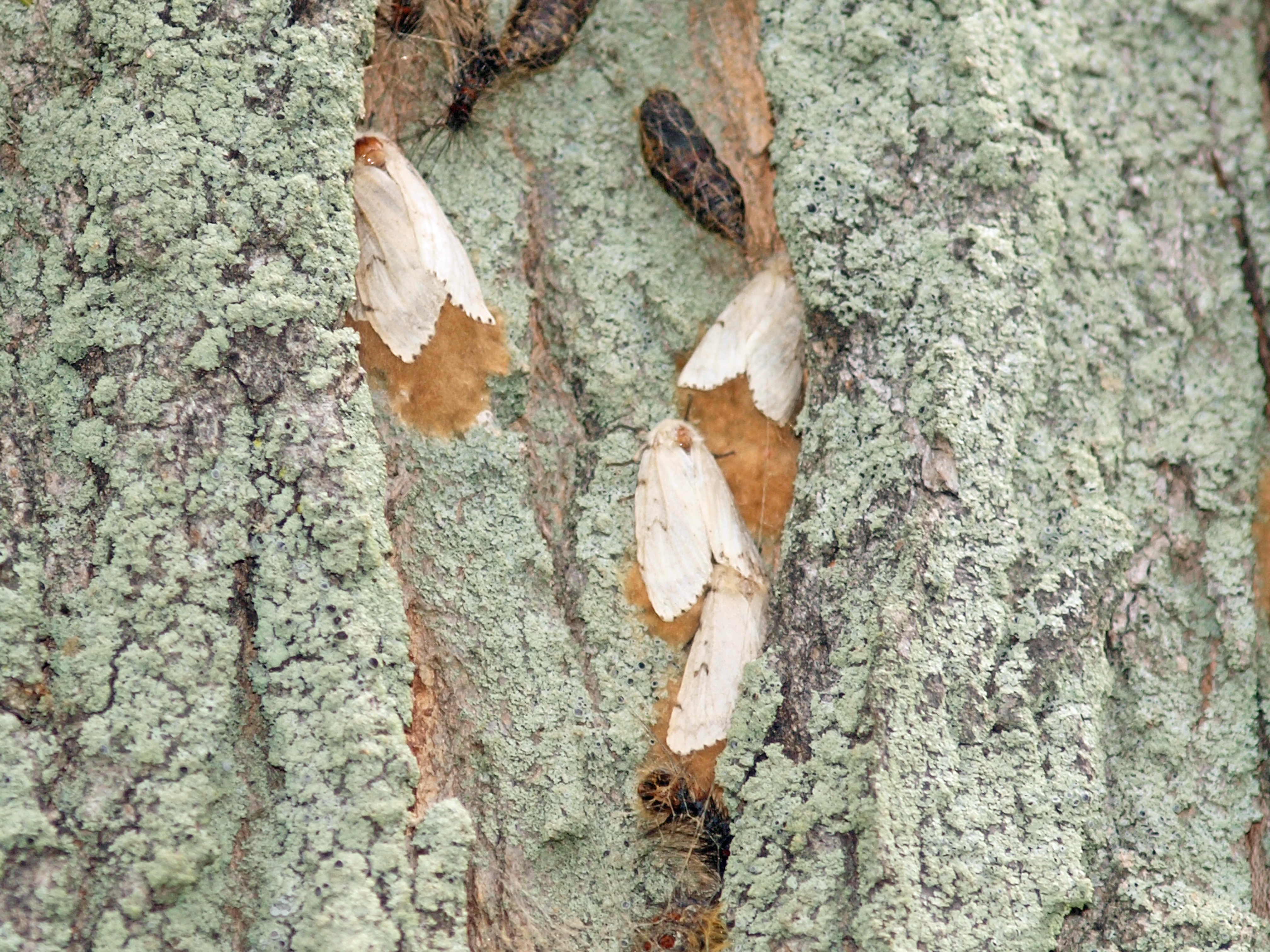 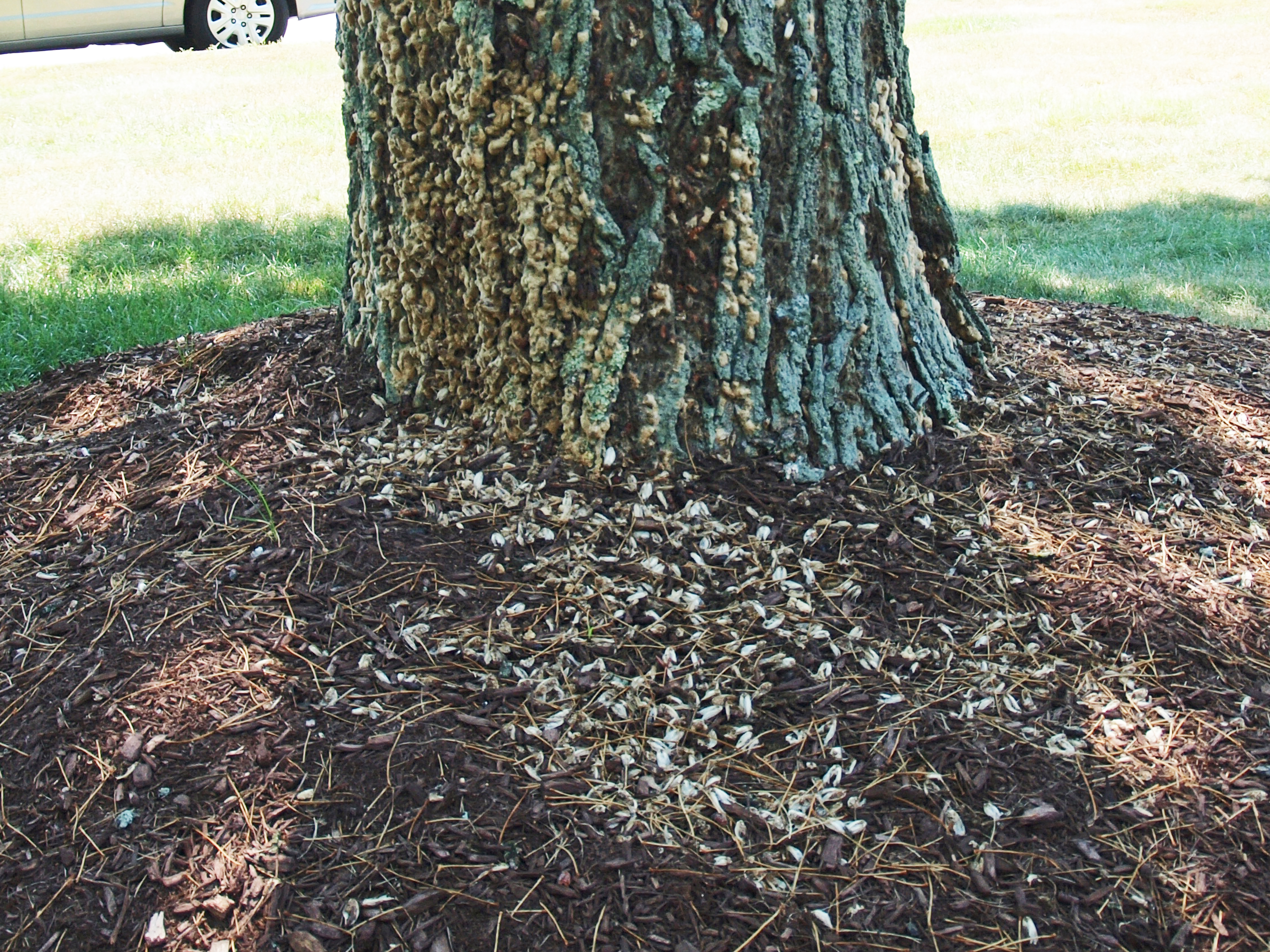 Dead females around the base of a tree

The adult gypsy moths do not feed. The adults live for about 2 weeks, for the sole purpose of reproducing. Though they cannot fly, adult females have wings. They are lighter in color than the males. Males can fly and are relentless in pursuit of females. Males have large, feathery antennae that pick up the scent of the pheromones released by the females.

Following mating, the female gypsy moth lays between 600 to 1,000 eggs in a compact, tear-dropped shaped mass of eggs and silk. Females will place these egg masses in a wide range of places - out in the open, under bark flaps, on the sides of houses, under eaves, etc. Each female produces only one egg mass in her lifetime.

Males may mate multiple times. After the frenzy of mating, both the female and male moths die.

The gypsy moth (Lymantria dispar) that is in Connecticut is the European variety of the insect. Additionally, there are Asian and Japanese varieties, distinguished from one another as sub-species (L. dispar asiatica and L. dispar japonica). 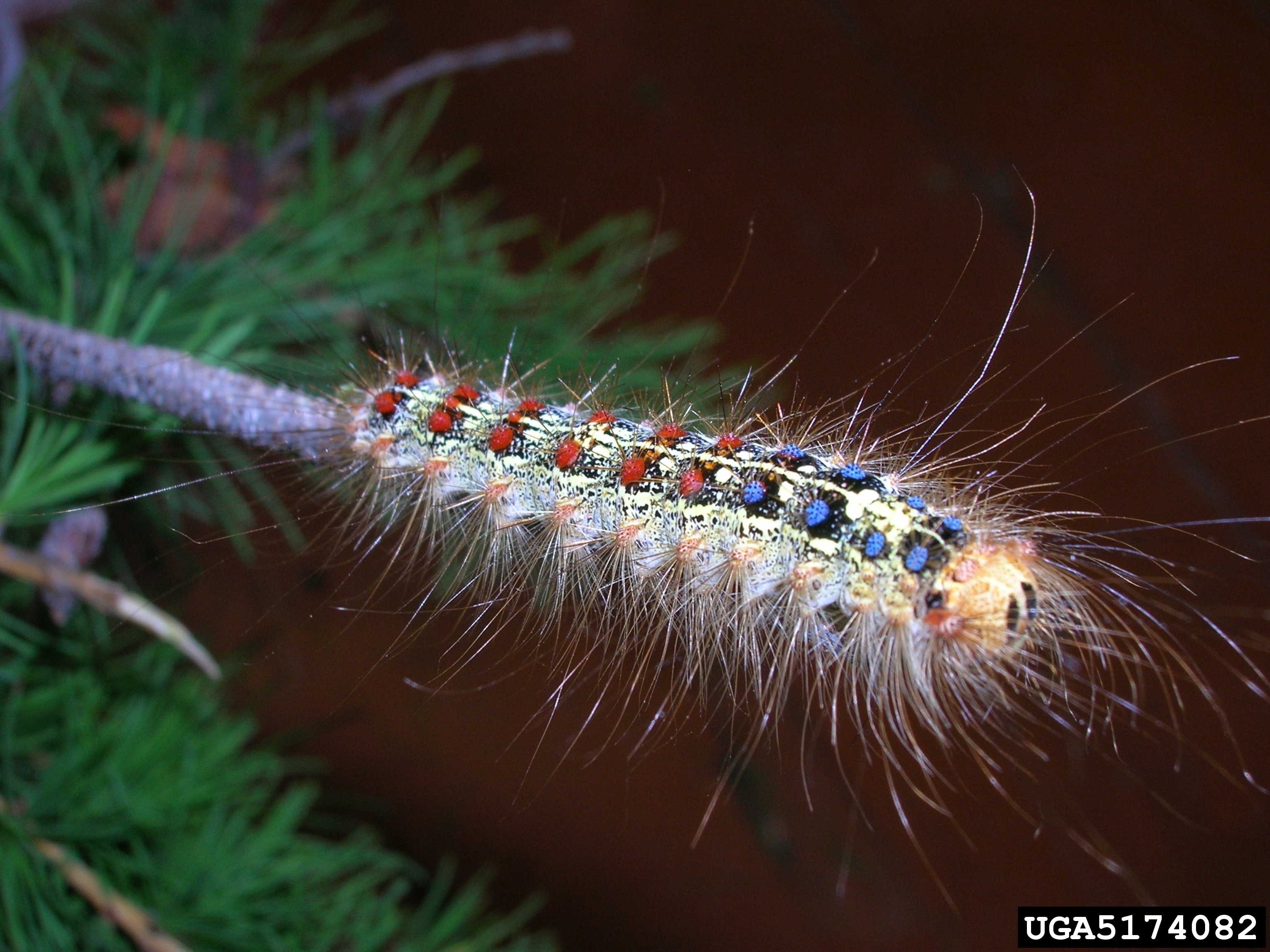 The Asian gypsy moth is of great concern, particularly in the western US and Canada. At least one accidental introduction is known, from a cargo ship in 1991. This introduction is believed to have been eradicated. The adult Asian female gypsy moth can fly, as can the male. This means that they have increased mobility, which raises the concern about its ability to spread rapidly once it is introduced into an area. 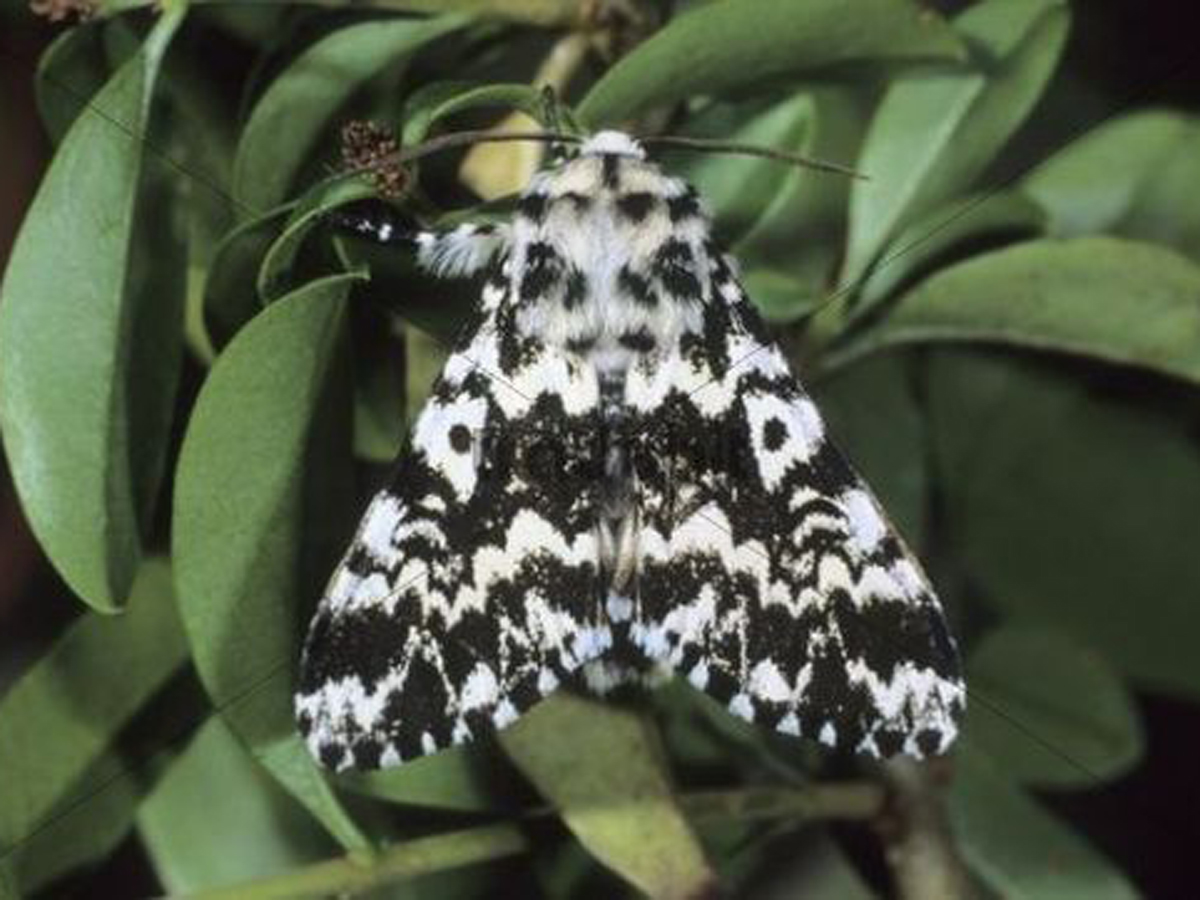 The nun moth (L. monacha) is a close relative of the gypsy moth. It looks and behaves very similarly to the gypsy moth and is a pest of conifers in Europe and Asia. Inspectors are on constant alert regarding the potential for its entry into North America. 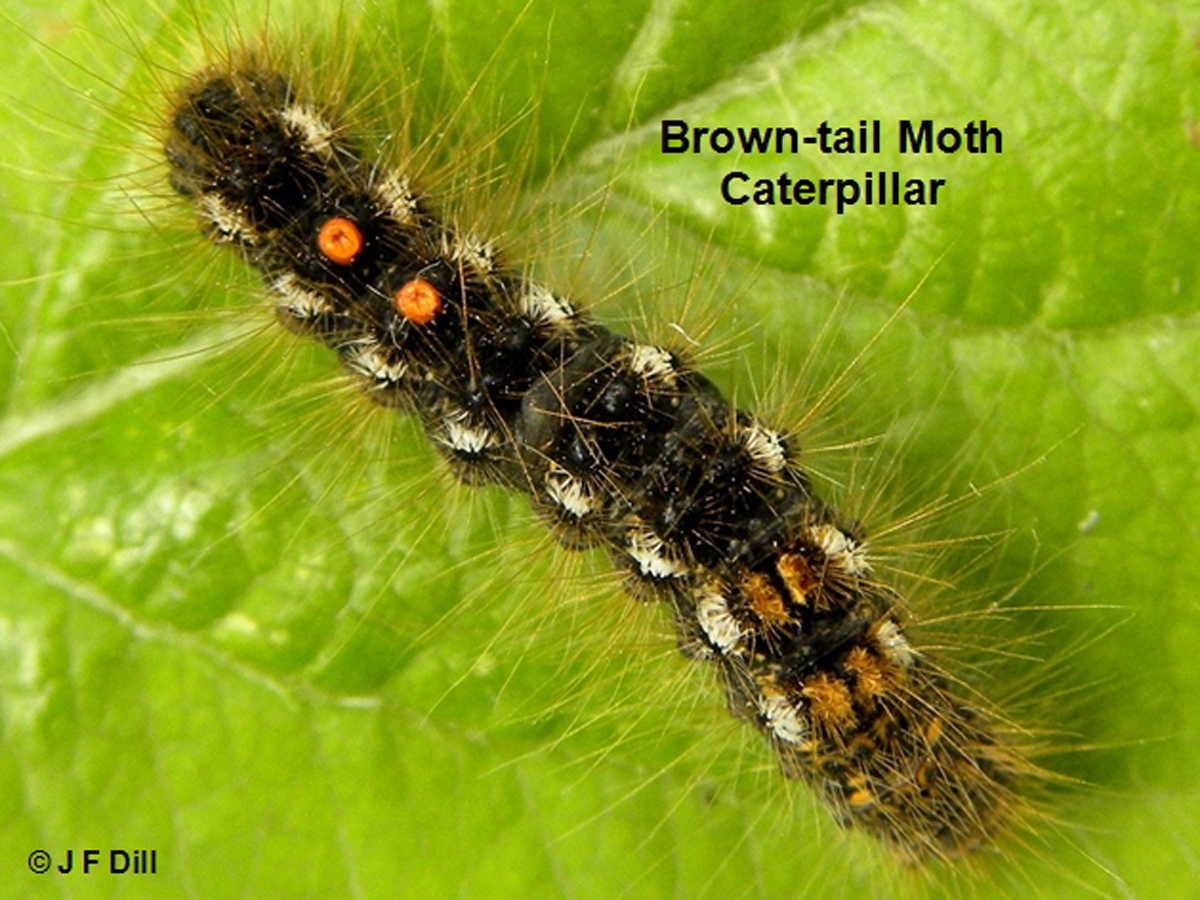 The brown-tail moth (Euproctis chrysorrhoea) is a pest that goes into occasional outbreak status on the islands along the coast of Maine and on Cape Cod. It and the tussock moths, many of which are native, are in the same subfamily as the gypsy moth. Gypsy moth and the brown-tail moth share one common feature - the long hairs of the caterpillar stage can break off and become very irritating to humans. 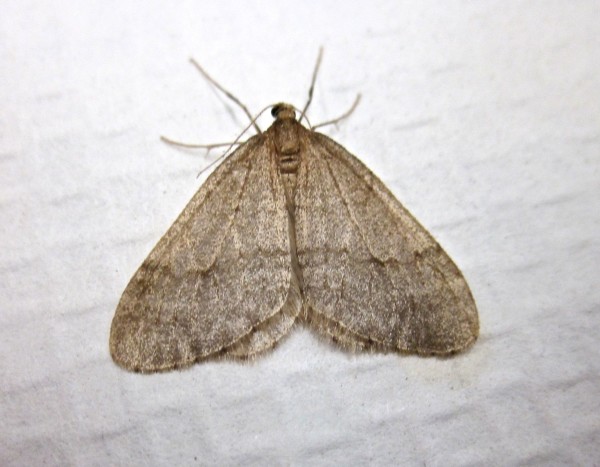 Though not closely related to the gypsy moth, the winter moth (Operophtera brumata) is of note in that it is in the process of becoming established in Connecticut. The damage caused by the winter moth is very similar to that caused by the gypsy moth. So far, in Connecticut, this insect is mostly known along the shore of Long Island Sound and primarily towards the eastern part of the state. It is a major pest in Rhode Island and in the eastern parts of Massachusetts.