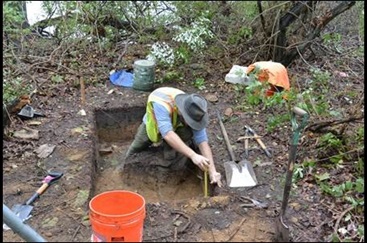 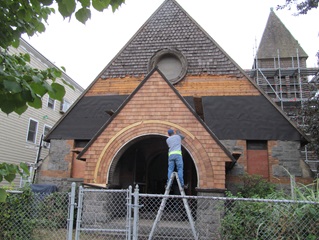 The historic buildings, structures, and sites of coastal Connecticut are increasingly in jeopardy from natural disasters like Superstorm Sandy and from the effects of climate change. The Connecticut State Historic Preservation Office (SHPO), Department of Economic and Community Development (DECD), is dedicated to protecting the state’s historic resources in the face of natural disasters such as nor’easters and hurricanes as well as sea level rise and other climate change impacts.

The SHPO designed much of its Hurricane Sandy program to promote resiliency for historic properties in the state’s coastal counties. In 2015, then-Governor Dannel P. Malloy announced a series of SHPO-led initiatives aimed at strengthening the state’s commitment to disaster preparation and response to protect historic and cultural resources in Connecticut’s coastal counties. Over the next four years, the SHPO carried out these initiatives as part of its Hurricane Sandy Disaster Relief Assistance Grant (DRAG) program, funded by a grant from the U.S. National Park Service.

To carry out the tasks, the SHPO contracted with R. Christopher Goodwin & Associates, Inc. (RCG&A), a cultural resources management firm based in Frederick, Maryland. RCG&A’s work in Connecticut ranged from architectural, archaeological, and underwater archaeological surveys to National Register of Historic Places nominations to resiliency planning assistance for municipalities. Additionally, RCG&A’s produced included historic resources databases and GIS mapping, survey reports, and historic context reports. The overarching goal: to strengthen the state’s capacity to plan for and respond to the effects of natural disasters and climate change on historic resources.

“The products and reports provided to the CT SHPO represent four years of multidisciplinary studies across the entire spectrum of historic preservation. This work will bolster consideration of historic properties in resiliency planning and disaster recovery for Connecticut’s coastal municipalities,” said Christopher Goodwin, president and CEO of RCG&A. “The efforts were truly rewarding for our entire team, and the far-reaching corpus of work surely will buttress Connecticut’s ability to manage and foster appreciation of the state’s invaluable historic resources.”

Added Peter Cropley, an RCG&A archaeologist who was involved in several of the firm’s projects in Connecticut: “The archaeological and historical resources of Connecticut are unique and irreplaceable. The preservation effort to document and engage with these sites, structures, landscapes, and other resources provides a valuable lesson for understanding the effects of climate change on past, present, and future residents of the State of Connecticut.”

RCG&A’s team, which also included the planning and engineering firms Dewberry and Milone & MacBroom (subcontractors), also made the records of tens of thousands of additional resources—buildings, structures, archaeological sites, and cemeteries—readily available to the SHPO to search and map digitally.

The combination of surveys, digitization, GIS mapping, technical assistance, resiliency planning guides, and public outreach efforts have laid the groundwork for municipalities in the four coastal counties, and the State of Connecticut more generally, to enact a proactive approach combining historic preservation with resiliency against climate change hazards. Thanks to these efforts, Connecticut has been among the first states to address these planning issues on a statewide level.

1,112
Number of properties added to the National Register

1,261
Number of properties added to the State Register

45,288
Number of paper files on historic resources scanned and transferred to SHPO database

1,330
Number of cemeteries in GIS database

91
Number of towns whose plans for hazard mitigation, conservation and development, emergency operations, and coastal resiliency were analyzed for historic preservation gaps

11 percent
Portion of the 36,000 historic buildings in coastal Connecticut that are at risk of flooding from storms or sea level rise