Connecticut’s new Department of Insurance commissioner, Andrew Mais, got into his current line of work “by accident.” 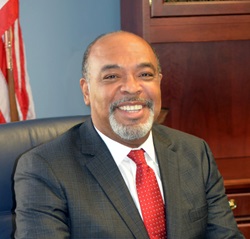 Mais, a Yale graduate who was working as director of a Connecticut nonprofit program, mentioned to a friend in 2006 that he was looking for a new career challenge. The friend, a former police chief who had become inspector general of the New York State Insurance Department, suggested Mais join the department.

“Now, being as knowledgeable about insurance as pretty much your average person, I said, 'That’s just absolutely crazy' ” Mais recalls. He didn’t initially find the idea of working in insurance appealing, and “George Pataki was governor at the time. I am a Democrat, which made it even more interesting.” He went for an interview anyway, and his interest was piqued.

Mais served as part of the department’s executive for the rest of the Pataki years and through the administrations of governors Spitzer, Patterson, and Cuomo – a tenure that included the economic collapse of 2007-2008. “That brought back the reality of how important insurance is, how vital insurance regulation is to people,” he said.

There was also the issue of the 2001 collapse of the World Trade Center. “My old boss and good friend Eric Dinallo was the superintendent under whom the insurers agreed to pay for that building. There had been a long stalemate since the destruction of that property. We had an empty spot on the road, and we were downtown, so we were passing by it all the time. It was, to us, a symbol of a system that was not working as well as it should be.”

Mais said Dinallo “called all the insurers into a room, and yelled and screamed and cajoled. Perhaps moral suasion was the most important thing there, but we got it done, between the insurers and Harry Silverstein, who was the insured of record.”

He called that experience – and seeing One World Trade Center being built after the insurance issue was resolved – “monumental. ” But other types of encounters shaped his world view as well. In the course of his work, he met many consumers who had been burned by the system. There were people who’d purchased annuities through a failed insurance company, and others who’d bought a limited-benefit health plan, and later went bankrupt because they couldn’t cover their healthcare bills.

“That was the kind of thing that said to me that not only was insurers’ ability to pay important, but so was a willingness to pay, and the only way to make sure that can happen is to have regulators who are willing to enforce the laws and regulations for the benefit of consumers. So that’s where I fell in love, frankly, with insurance regulation.”

In his subsequent employment with Deloitte, he worked in risk regulation capital rather than dealing with consumers. But the lessons he learned there were equally important. “We have to make sure that one part of a company, even if it’s not an insurer, is not able to bring down your entire company and threaten consumer protection. That is what we are most sworn to do – insurance regulators here in the United States, at least – to protect consumers above all else.”

He and Ned Lamont “had a meeting of the minds” when it came to the necessary attributes of the administration’s new insurance commissioner. “The governor wanted somebody who could balance the needs of business and consumers – who would help support the growth of the industry while making sure consumers were always protected. He wants to make sure that every citizen of this state … has the ability to enter into the kind of transactions that will help protect themselves and their families, that will relieve risk, that will allow them to transfer wealth across generations,” Mais said.

“The governor was also looking for somebody who understood the business incentives and the business imperatives. Insurance is very important to us in this state. We’ve long been known as the insurance capital of the world. And we intend to stay that way. ”

And what will that take?

“I think one of the things is the encouragement and assistance that we’re giving to InsurTech startups. This is where I think we will see an awful lot of growth in the future, and that is why we are so focused on making sure that all these companies feel welcome here, and know this is fertile ground,” he said.

“But also important is the fact that this department has a reputation that long proceeds me, for listening to all stakeholders. ”

In addition to reaching out to CEOs, the department is setting up an advisory council that will include industry representatives to provide ideas and feedback.