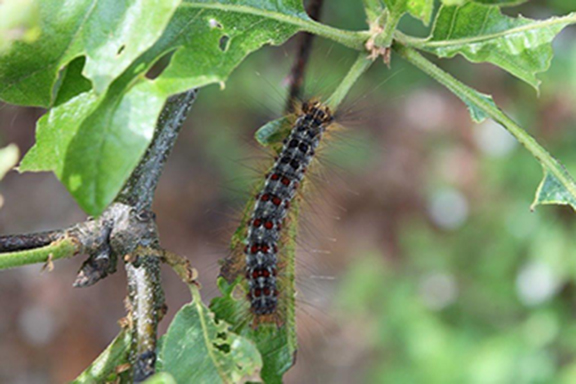 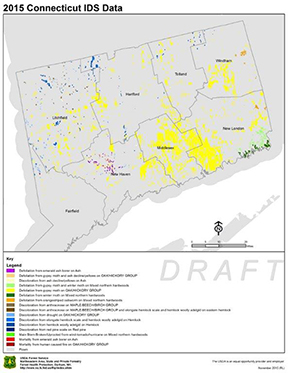 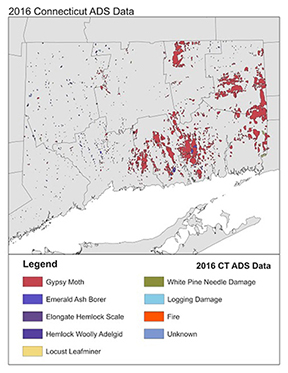 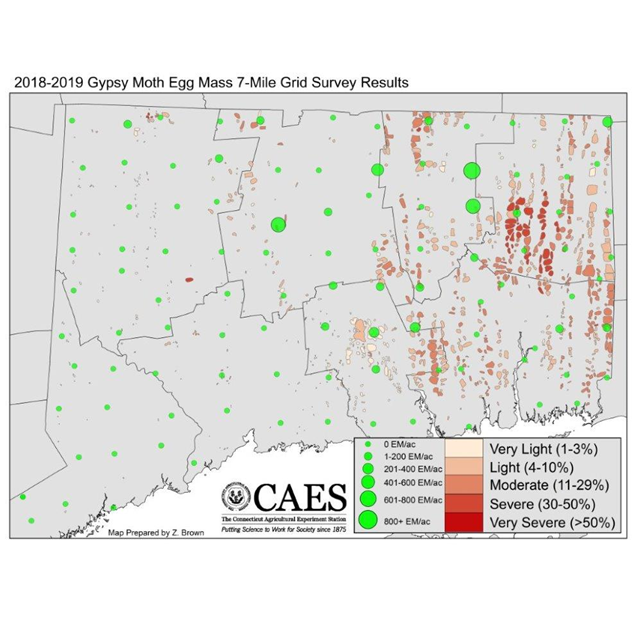 Note: as of March 2022, the Entomological Society of America adopted the name spongy moths to refer to gypsy moths out of respect for the Romani people. 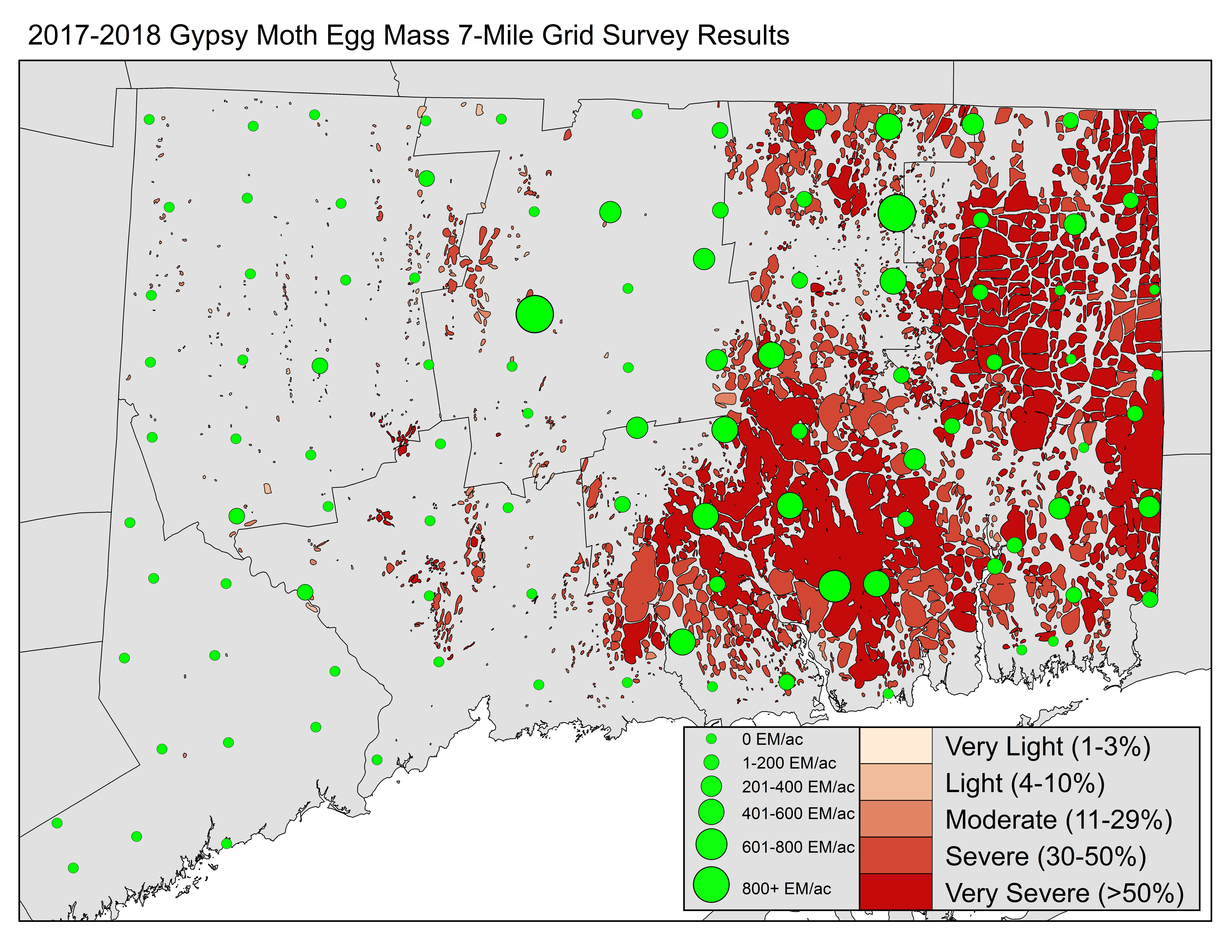 Aerial survey map of Connecticut showing areas defoliated by the gypsy moth in 2017 overlaid with the results of the 2017-2018 CAES egg mass 7-mile grid ground survey. Survey and map produced by the Office of the State Entomologist, CAES. The aerial survey is funded by the U.S. Forest Service.

B724 (1971) Aerial Application of Insecticides for Control of the Gypsy Moth, With Studies on Effects on Non Target Insects and Birds. Doane, C.C.; Schaefer, P.W.

B735 (1973) Aerial Applications of Bacillus thuringiensis Against Larvae of the Elm Spanworm and gypsy Moth and Effects on Parasitoids of the Gypsy Moth. Dunbar, D.M.; Kaya, H.K.; Doane, C.C.; Anderson, J.F.; Weseloh, R.M.

B938 (1996) Predicting Defoliation by the Gypsy Moth in Connecticut. Weseloh, R.

B987 (2003) A Computer Model of the Gypsy Moth and its Fungal Pathogen. Ronald M. Weseloh (PDF Format)

Volume 10, number 2, Spring 1958
Where Do We Stand On Gypsy Moth Control? By Neely Turner

Volume 54, number 2, Spring 2002 (PDF Format)
The Fungus and the Gypsy Moth:  A Tale of Two Foes and the Happy Outcome from Their Deadly Battles by Ronald M. Weseloh