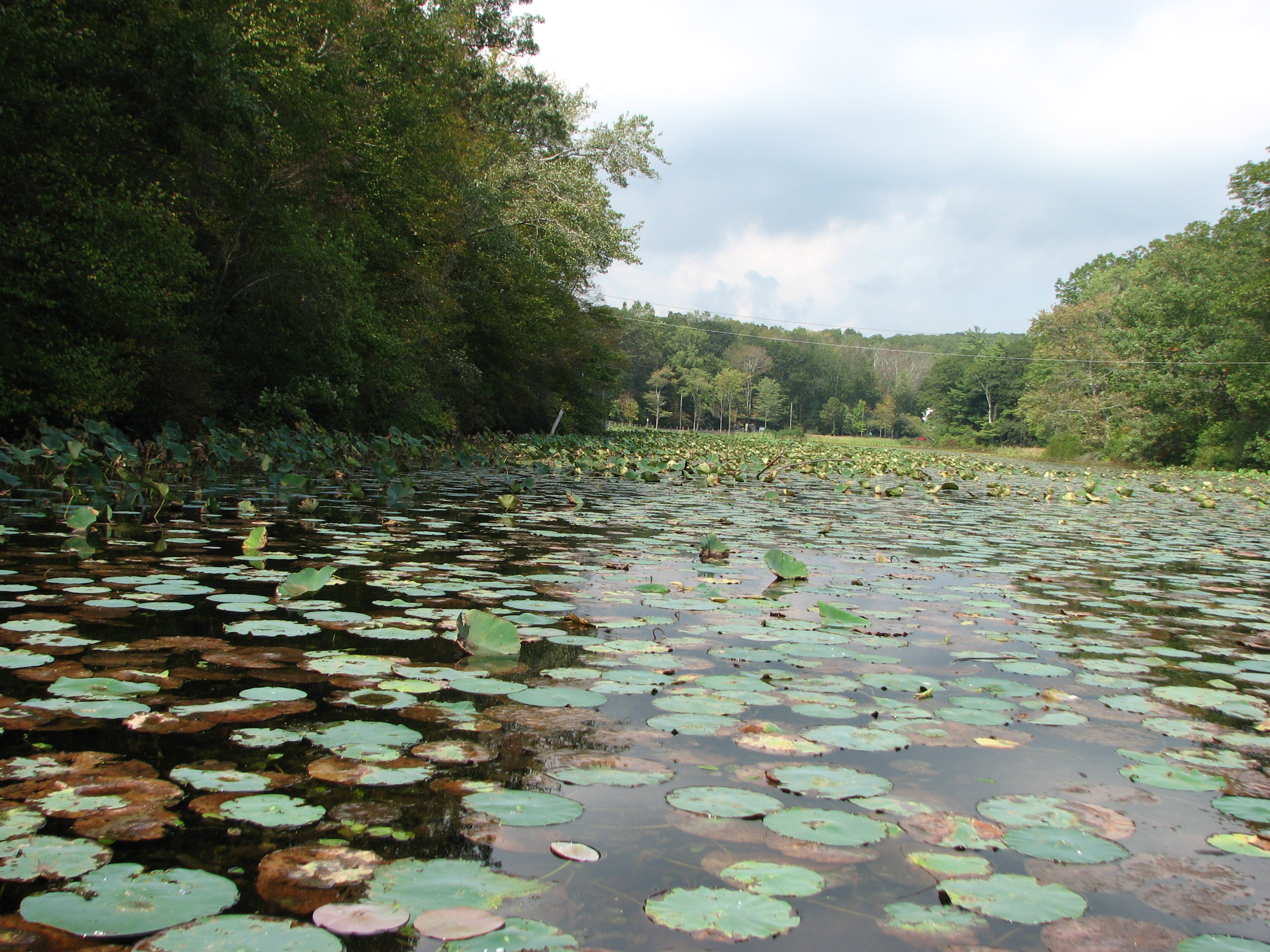 Putnam Park Pond is located in Putnam Memorial State Park in Redding/Easton.  The pond is 14 acres with no boat access.  The pond is typically used for fishing and picnicking along the shore.  There is also a trail that can be used for hiking along the pond.  Route 58 runs close to the western shore and divides the state park nearly in half.  The deepest part of the pond is found near the dam at the southern end and is 2.5 meters.

Our 2011 vegetative survey found 17 species, including 2 invasive species. We found the invasive   Nelumbo lutea (American water lotus) here and this is one of the few places in the State where it exists.  It grew in dense patches along the both shores of the middle section of the pond.  Where the narrows and bends, Nelumbo lutea covered all the way across.  Due to the extensive coverage of the plants and frequent visitors’ accounts, the invasive has been overwintering in the lake.   The other invasive found was Myriophyllum spicatum (Eurasian water milfoil).   M. spicatum grew throughout the pond but was more dominated in the middle and southern portions, especially near the shores. N. lutea, M. spicatum, and Potamogeton amplifolius (native) were the three most dominate plants in the pond. P. amplifolius was found growing in very large, dense patch in the middle of the lake.

We found three Utricularia species: U. macrorhiza, U. gibba, and U. purpurea. U. purpurea was the most abundant.  Native floating plants included Nuphar variegata and Nymphaea odorata. Many shoreline species were present: Pontederia cordata, Peltandra virginica, Polygonum species, and Typha species. P. cordata, Polygonum species, and Typha species were abundant in the northern portion of the pond, covering the majority of the surface.  Other native species found included: Ceratophyllum echinatum, Elodea canadensis, Callitriche species, Lemna trisulca, and a unidentifiable Myriophyllum species. All natives could be found in small patches throughout the lake except the unidentifiable Myriophyllum species which was found in only the southern portion.