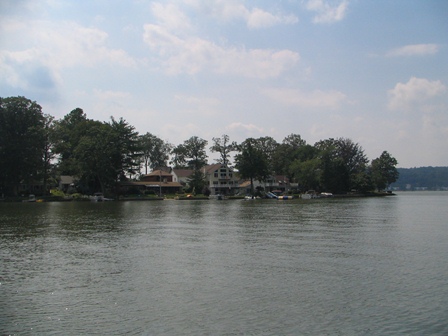 is a large, 511-acre lake in Our August 2006 survey found very few plants. Very heavy development along the shoreline without buffer zones keeping nutrients out of the water may contribute to the large amount of algae in the water, which lets in no light for the growth of vascular plants. Residents claim that there is a large catfish population.

Only two species of plants were found: eelgrass (Vallisneria  located in the smaller of the two southern-most inlets, and slender naiad (Najas flexilis), found in the same inlets as well as in a cove further to the southeast.