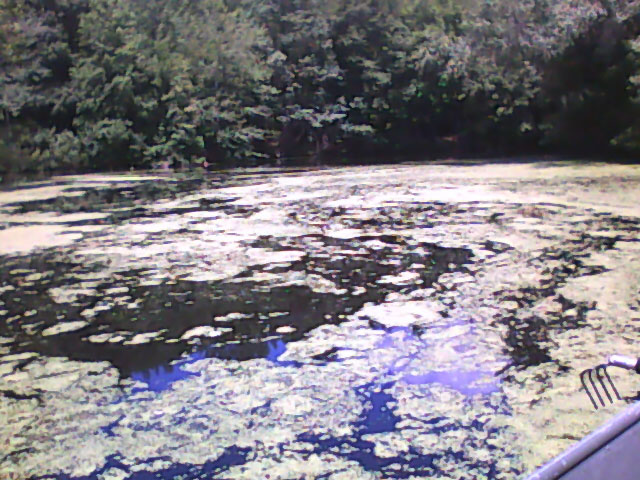 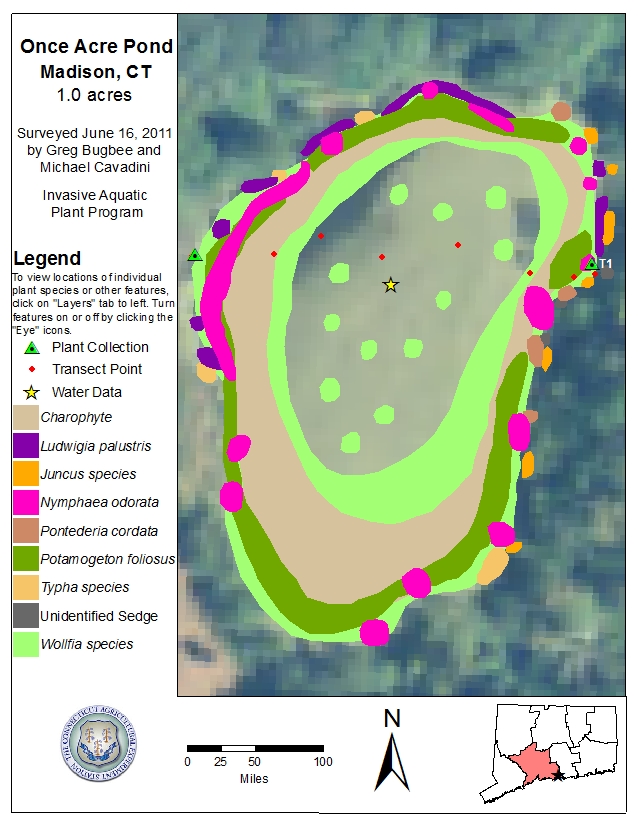 One Acre Pond is aptly named as the size of the pond is about one acre. It is located on private property in Madison, Connecticut.  Two residences are built around the lake. The majority of the lake shore is wooded. The lake is shallow with a maximum depth of 2 meters.

The CAES IAPP 2011 aquatic vegetation survey found nine species, none were invasive. Five of the species prefer the shoreline. These plants include marsh primrose-willow (Ludwigia palustris), rush (Juncus species), pickerelweed (Pontederia cordata), cattail (Typha species), and a sedge. One pondweed was found: leafy pondweed (Potamogeton foliosus). White water lily (Nymphaea odorata) grew in medium to large patches around the lake. The most dominant plant was watermeal (Wolffia species). This plant covered the entire lake except in the center where it was found in medium patches. Charaphyte, an algae, grew in a dense, thick ring around much of the lake.