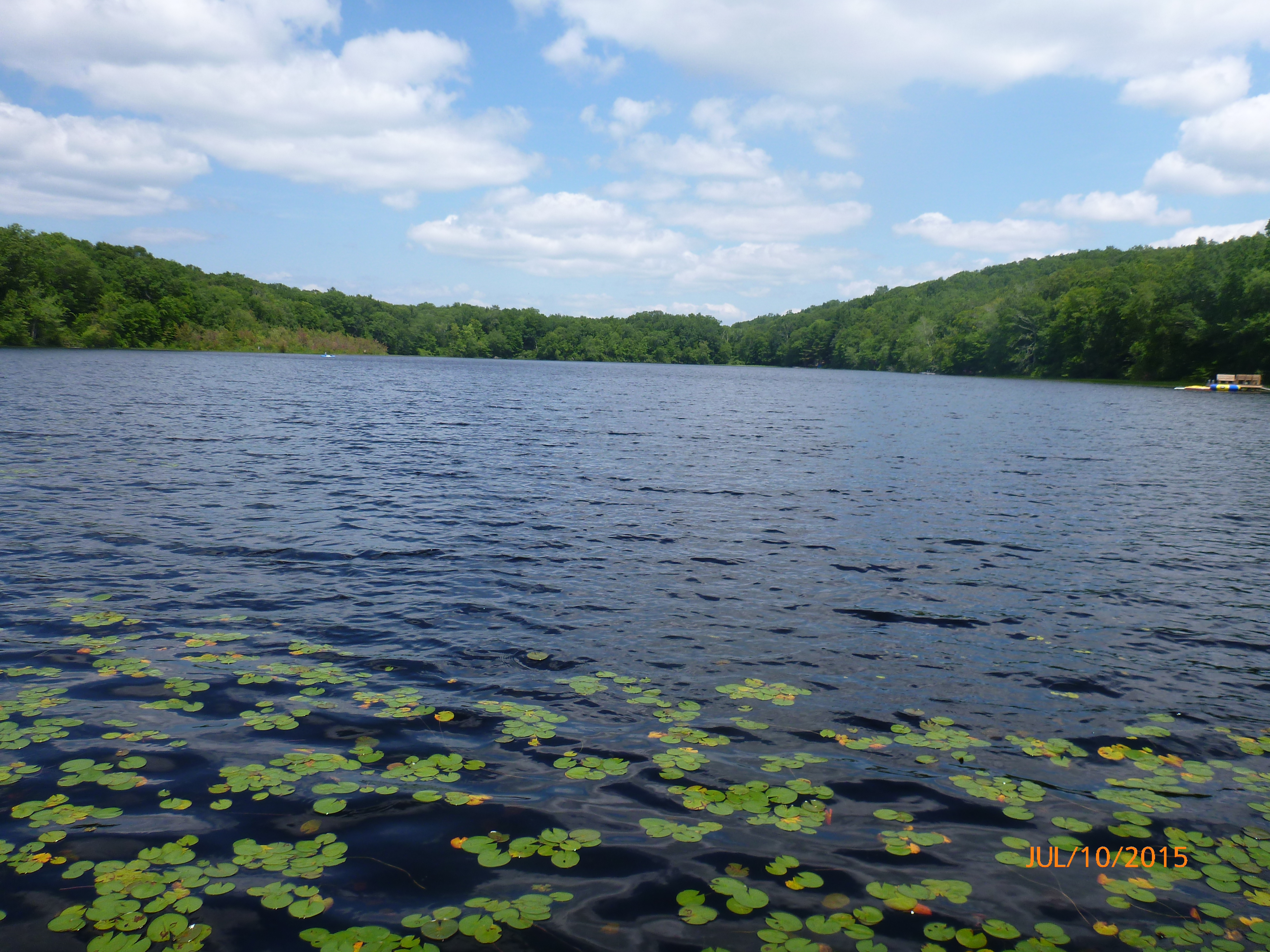 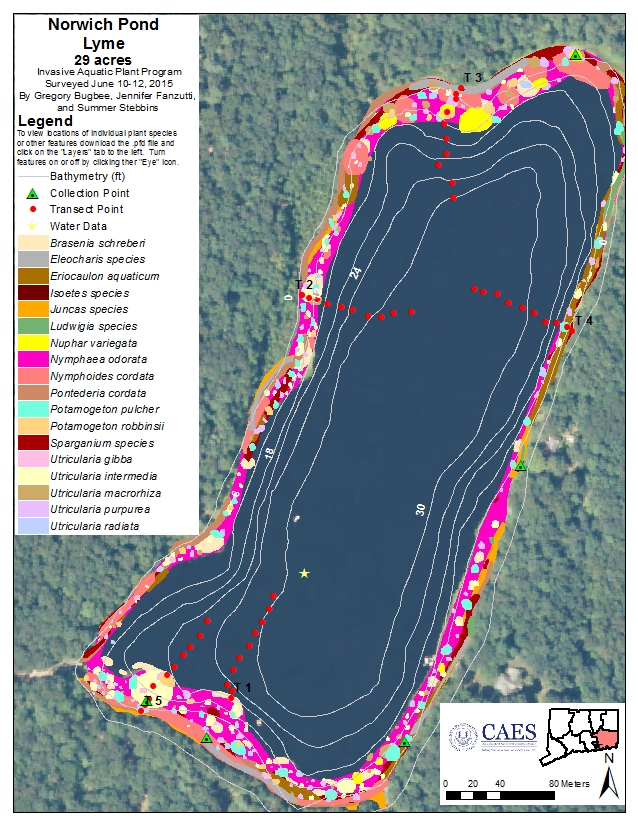 Norwich Pond is a 29-acre waterbody located in Lyme, CT. There is a public boat ramp at the southwestern end for "carry-in" boats only. There are a few private residences on the eastern shoreline, and the Beckett Hill State Park Reserve boarders the western shore.

The 2015 CAES IAPP survey of Norwich Pond was a resurvey from 2004. The 2015 survey found 18 aquatic plant species compared to 10 species in 2004. No invasive species were found in 2004 or 2015. White water lily (Nymphaea odorata) was the most dominant plant found in both surveys. Robbins' pondweed
(Potamogeton robbinsii), was one of the dominant species found in 2004. In 2015 it was less dominant and was frequently found in small patches intermingled with other species.

While the number of aquatic plant species increased from 2004 to 2015 the coverage of aquatic plants has stayed very similar. This can be attributed to the deep nature of the pond creating a small littoral zone (0-12 feet deep) where plant growth is supported.