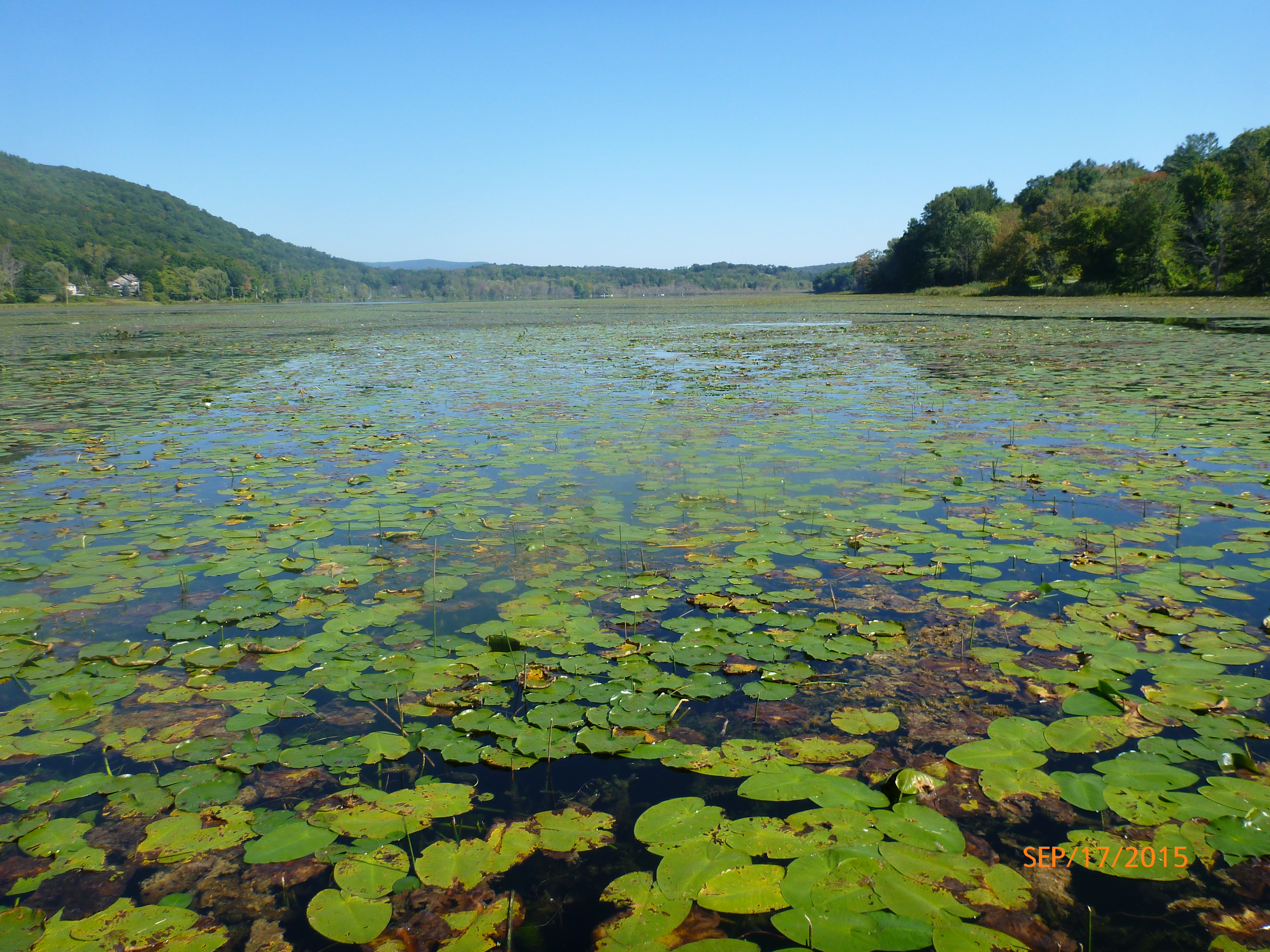 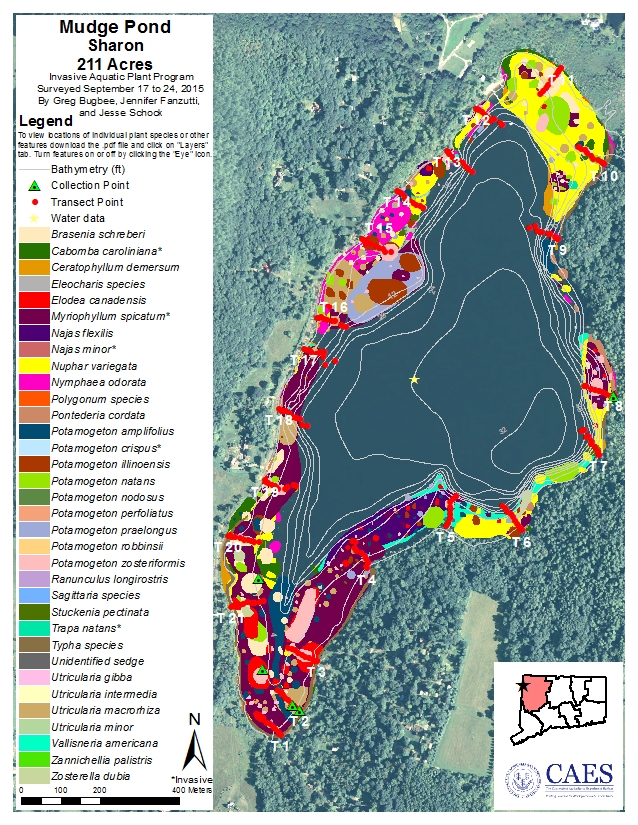 Mudge Pond is a 211-acre waterbody located in Sharon, CT. The lake has a public boat launch located on the southern shore and is modestly developed with homes along the shoreline. Our 2015 CAES IAPP survey found Mudge Pond to be among the most species rich lakes in the state with 33 aquatic plant species. Much of the littoral zone (0-4 meters deep) supported abundant plant growth. The northern and southern sections of the pond contained the densest plant coverage with a wide variety of species.

Five of the 33 species found were invasive: fanwort (Cabomba caroliniana), Eurasian watermilfoil (Myriophyllum spicatum), minor naiad (Najas minor), curlyleaf pondweed (Potamogeton crispus), and water chestnut (Trapa natans). Fanwort and Eurasian watermilfoil were the dominant invasive species in the southern portion of the lake. Fanwort was also abundant in the northern section of the pond, while Eurasian watermilfoil was present throughout most of the remainder. Very little minor naiad, curlyleaf pondweed, and water chestnut was found with the only patch of minor naiad in the southern section, only three small patches of curlyleaf pondweed along transects 1, 2 and 13, and one small patch of water chestnut by transect 8.