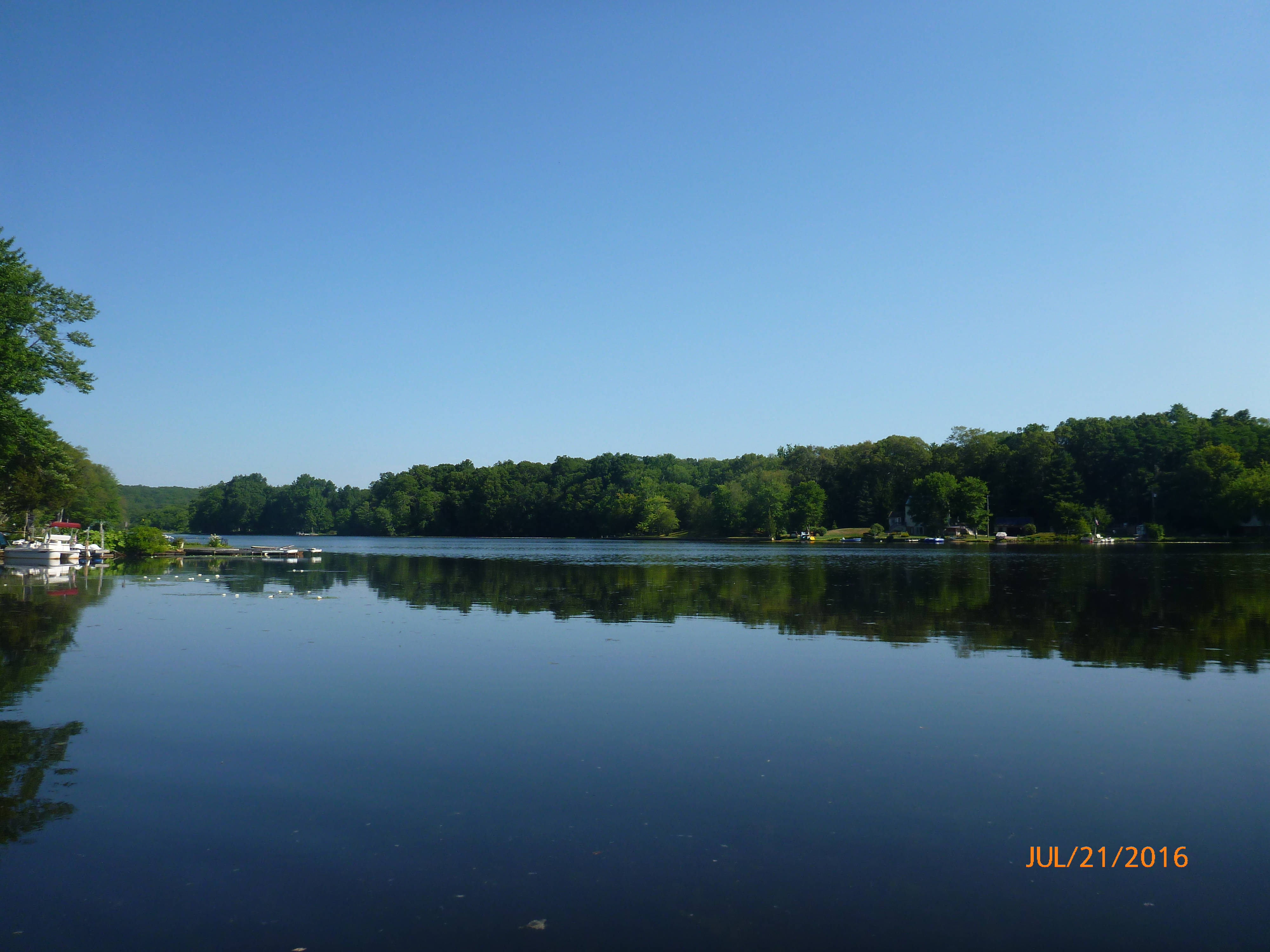 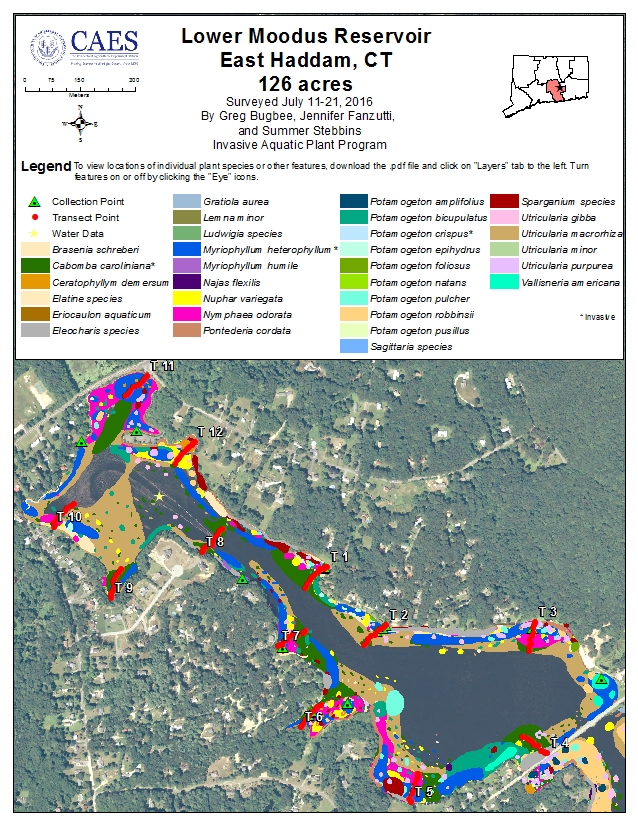 The CAES IAPP 2016 survey of Lower Moodus Reservoir was third survey and year to year comparisons were provide to stakeholders in a formal report. The first survey was conducted in 2009; the second was conducted in 2012. The 2016 survey found 30 aquatic species, resulting in a modest change in species richness with 33 species found in 2012 and 27 species in 2009. Six species were found in 2012 that were not found in 2016: water starwort (Callitriche species), spineless hornwort (Ceratophyllum echinatum), Brazilian waterweed (Egeria densa), western waterweed (Elodea nuttallii), quillwort (Isoetes species), and cattail (Typha species). Only three species were found in 2016 that were not found in 2012: coontail (Ceratophyllum demersum), spotted pondweed (Potamogeton pulcher), and Robbins' pondweed (Potamogeton robbinsii). Both natives and invasives were most abundant in coves around the reservoir. The most species rich cove is located on the southwestern shoreline with 21 species.

The 2016 survey found the presence of three invasive species: fanwort (Cabomba caroliniana), variable-leaf watermilfoil (Myriophyllum heterophyllum), andcurlyleaf pondweed (Potamogeton crispus). Variable-Leaf watermilfoil was one of the more abundant species in the 2016 survey, covering a majority of the reservoir's eastern portion and covering parts of the shoreline, spreading since the 2009 survey. Curlyleaf pondweed was found more frequently in our 2016 survey, but still located only in a small abundance along the eastern portion of the reservoir. Brazilian waterweed was not found in the reservoir in the 2016 survey. Residents' concerns that invasive swollen bladderwort (Utricularia inflata) was now present in the lakes and becoming a nuisance was not confirmed as all specimens obtained by our surveyors were identified as common bladderwort (Utricularia macrorhiza).