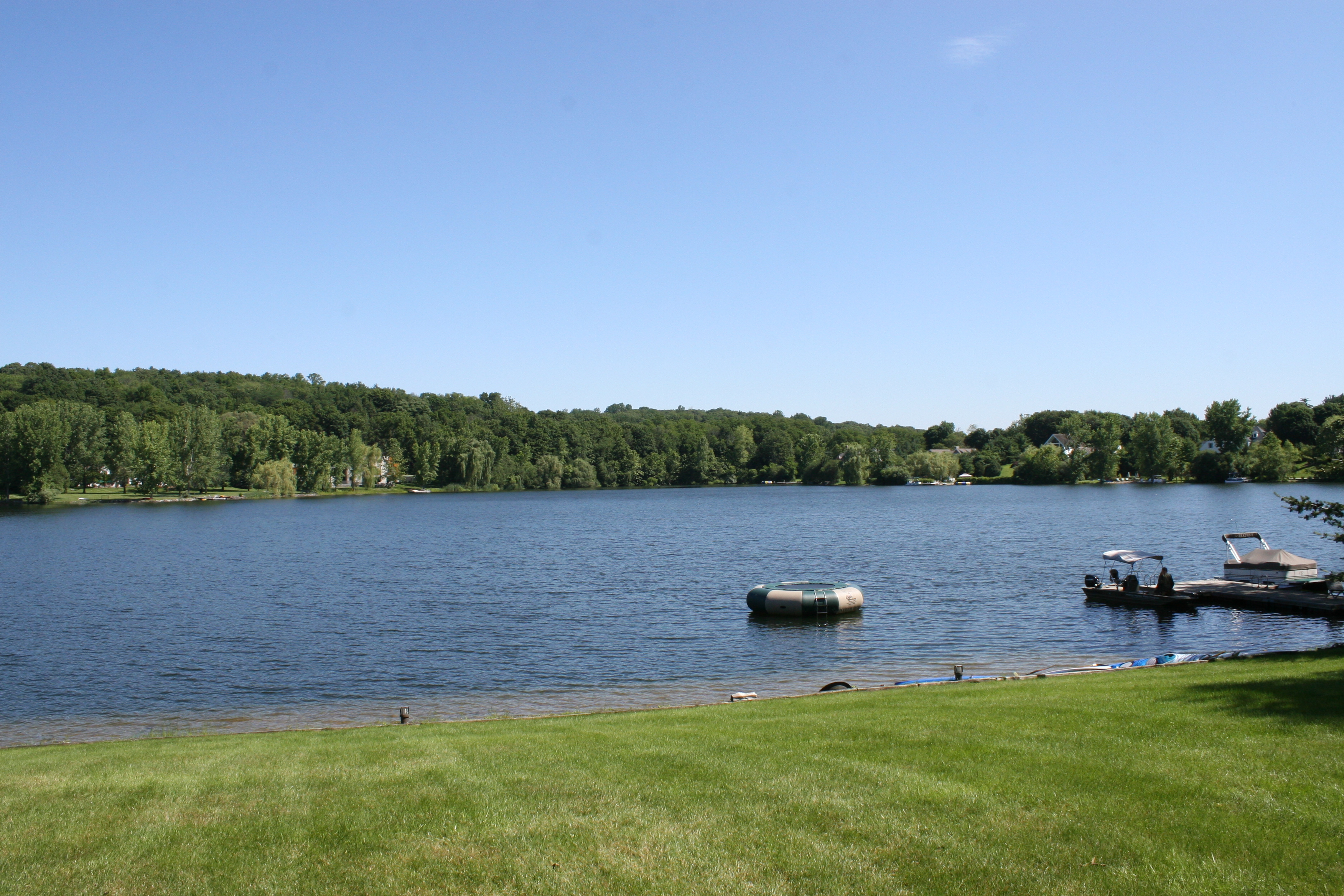 Held Pond is a 31.4-acre pond located in Weston, CT. The pond is accessible only to the residents that live along its shore. Most of the shoreline has residential development. Boating is the major recreational activity on the lake. The pond was formed by filling in an old rock quarry. This created a narrow band of shallow water before a steep drop off, limiting the area that light reaches the bottom and plants can grow.

Our 2011 survey found 14 species of aquatic plants, including the three invasive species: hydrilla (Hydrilla verticillata), minor naiad (Najas minor), and curlyleaf pondweed (Potamogeton crispus). Hydrilla was found in small patches primarily along the northern shore. Hydrilla is a problem species in the lake for many years extensive mechanical removal has been employed to manage the plant. Minor naiad was found in small to medium patches close to shore around the perimeter of the lake except for the southern shore. Curlyleaf pondweed was the most dominant of the invasive species. It was found in many patches around the entire lake. Because our survey occurred in the summer when curlyleaf pondweed is less pronounced than in the spring, we probably are underestimating its presence.