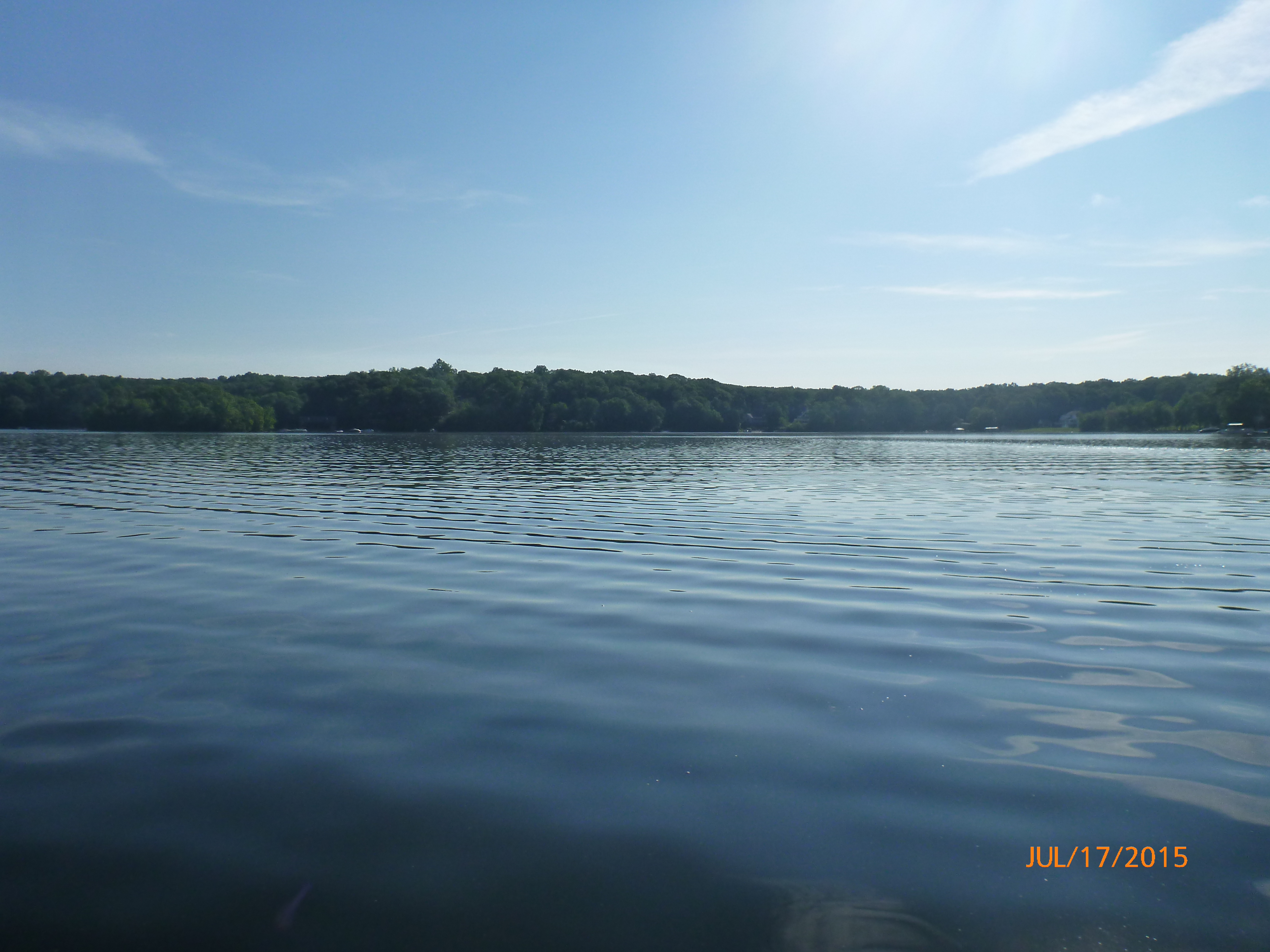 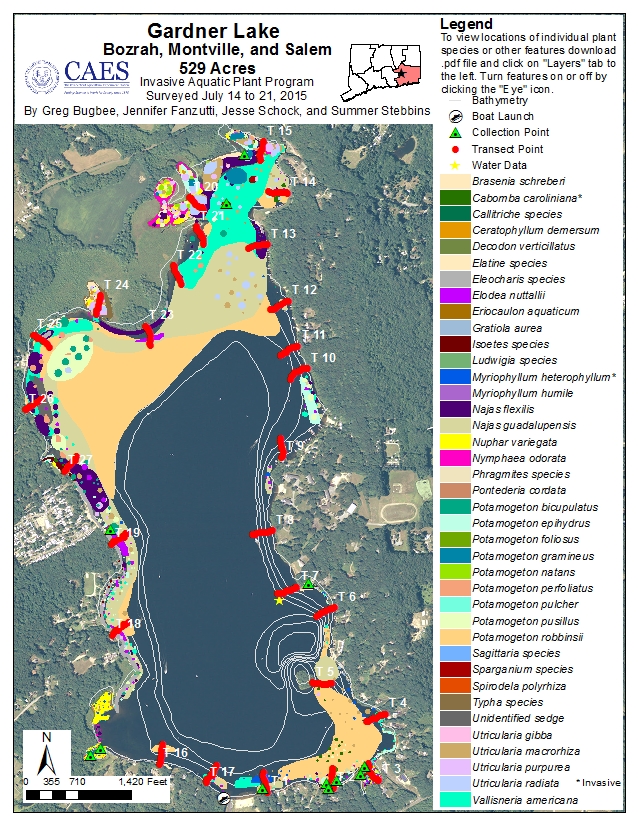 Gardner Lake is a 529-acre waterbody located in Bozrah, Montville, and Salem, CT. The lake has a public boat launch and beach located on the southern shore. Gardner Lake's eastern and western shorelines are well developed with private residences and campgrounds.

Gardner Lake was previously surveyed by CASE IAPP in 2006 when 30 aquatic plant species were recorded. Our 2015 survey found the number of species increased to 39 which included the two invasive species fanwort (Cabomba caroliniana) and variable-leaf watermilfoil (Myriophyllum heterophyllum). These were the same invasive species found in 2006, and they were in similar locations and abundances. Fanwort was found in small clusters in the southeastern portion of the lake away from any established transects, and variable-leaf watermilfoil was found in small areas by transects 1 and 19. Both species were found in the northern portion of the lake by transect 15 and 14. The frequency of occurrence (FOQ) of fanwort on transects decreased from 11% in 2006 to 3% in 2015 while the FOQ of variable-leaf watermilfoil increased from 8% in 2006 to 9% in 2015. These changes are probably too small to be considered a significant trend.

Robbins' pondweed (Potamogeton robbinsii, native) was the most dominant plant and was found throughout most of the littoral zone in up to 12 feet of water. This is a large change compared to our 2006 survey where Robbins' pondweed was found in scattered locations along the shoreline of the lake. The FOQ of Robbins' pondweed on transects increased from 8% in 2006 to 34% in 2015.  Reasons for the large increase in Robbins' pondweed is unclear but could be related to regrowth from past drawdown practices. Southern naiad (Najas guadalupensis, native), only found on the southwestern shore by transects eight and nine during our 2006 survey, was found to have spread up the western shore and into the northern littoral zone of the lake. Eelgrass (Vallisneria americana, native) also had noticeable differences in vegetation abundance between years particularly in the northern section of the lake.

Similar to 2006, three varieties of lily pads were found mostly in the coves: watershield (Brasenia schreberi), yellow water lily (Nuphar variegata), and white water lily (Nymphaea odorata). Several other native species were present throughout much of the shoreline at greater abundances when compared to our 2006 survey including slender naiad (Najas flexilis), western waterweed (Elodea nuttallii), and common bladderwort (Utricularia macrorhiza). Emergent species including pickerelweed (Pontederia cordata) and cattail (Typha species) were also found in greater abundances during our 2015 survey in mucky areas and in coves.

Overall Gardner Lake exhibits a healthy diversity of native aquatic plants. The coverage and abundance of the two invasive species is small, with little change over the past ten years.