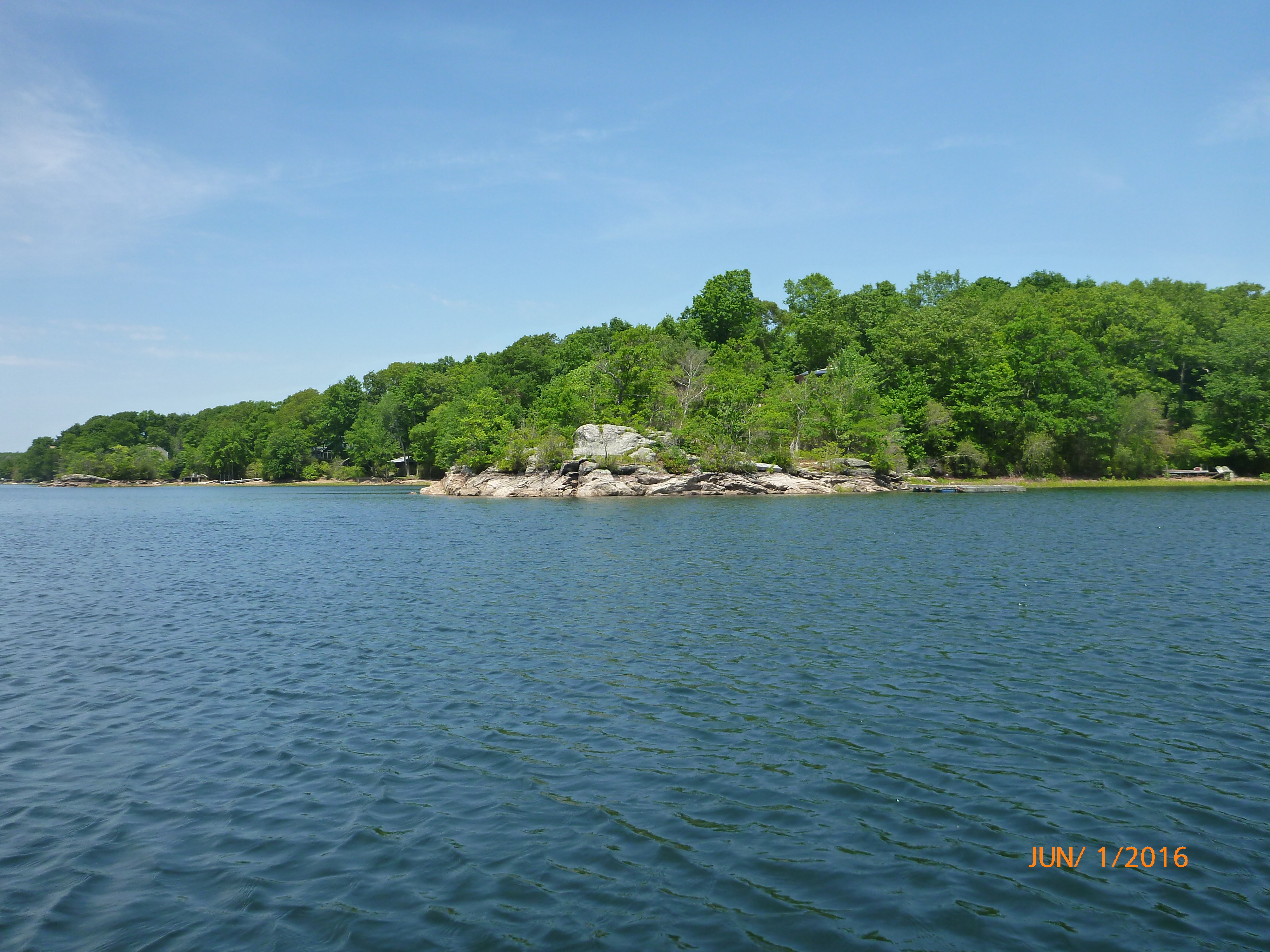 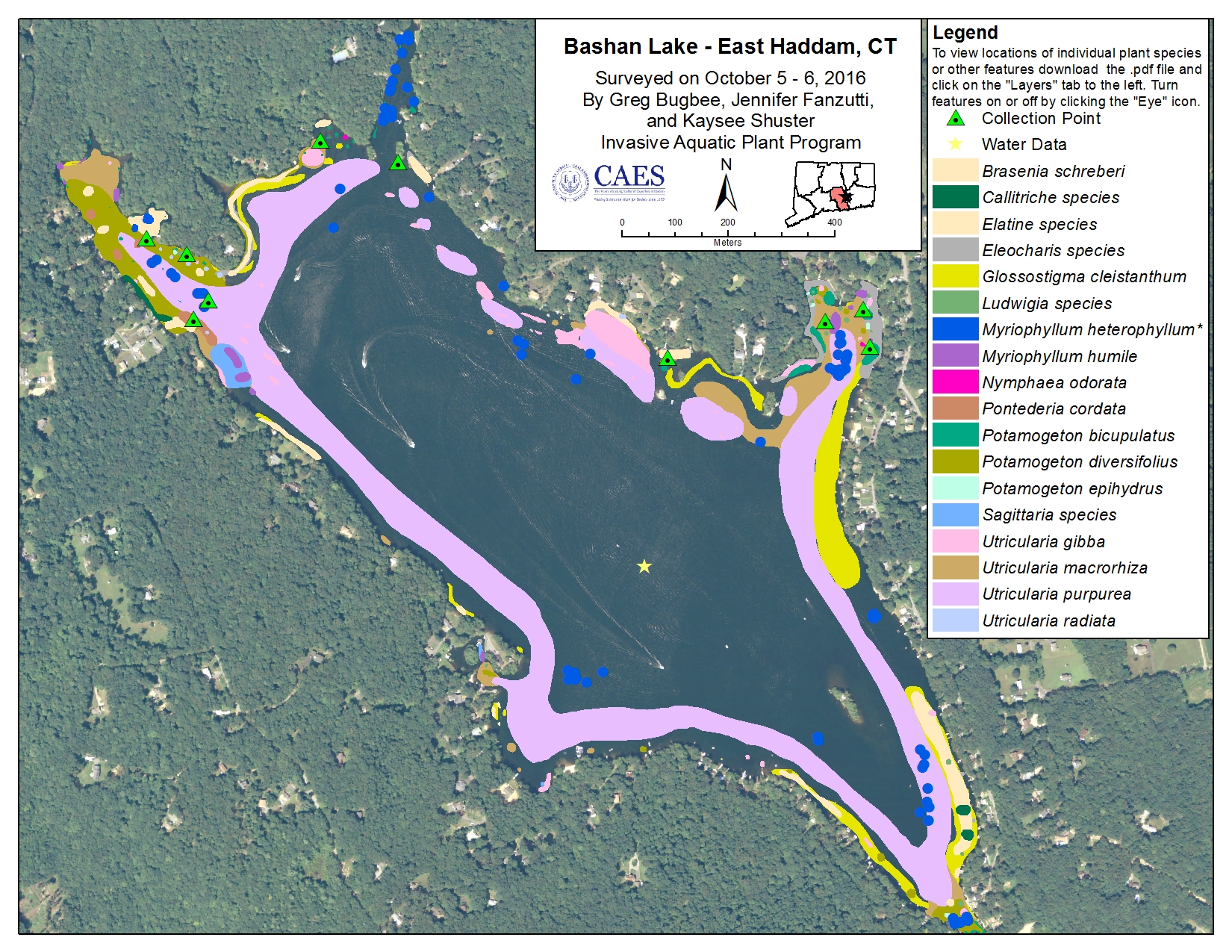 Bashan Lake is a 273 acre water body located in East Haddam CT.  The lake is moderately developed with residential homes along the shoreline and public access through a state boat launch.

CAES IAPP has been monitoring Bashan Lake almost every year since 2004 using visual and underwater camera surveys to spot treat for Myriophyllum heterophyllum (variable leaf watermilfoil) (2004 Survey).  In 2012, IAPP found a population of the invasive species Cabomba caroliniana (fanwort) and preformed suction and hand harvesting methods to reduce the population.  Our 2014 survey only found Myriophyllum heterophyllum in small bunches sporadically throughout the lake and found only a few small patches of Cabomba caroliniana in the southwest corner of the lake (2014 Survey).

In 2014, the lakes dam underwent a complete rebuild. In the process, the water was lowered approximately 18 feet. Rebuilding was completed in early 2015, however, the lake level remained more than four feet below normal through the fall of 2016. When the lake was lowered most of the variable watermilfoil that escaped CAES IAPP treatment was likely killed by exposure to freezing and desiccation. Unfortunately, the exposed sediment provided excellent habitat for invasive phragmites (Phragmites australius). In 2016, CAES IAPP mapped the phragmites in preparation for a CTDEEP herbicide permit application. In addition, CAES IAPP did a complete vegetation survey and marked the locations of variable milfoil, and completed a formal report for the Bashan Lake Association (2016 Report). Due to the low water levels, CAES IAPP was unable to complete transects for the 2016 vegetation survey.

Our 2016 survey found 18 native species with bladderworts; Utricularia gibba and Utricularia purpurea as the most commonly found species throughout the lake.  Sparganium species, Sagittaria species, Elatine species, and Vallisneria americana were also commonly found along the shoreline. The native Potamogeton diversifolius and Utricularia macrorhiza were covering most of the northwestern portion of the lake.