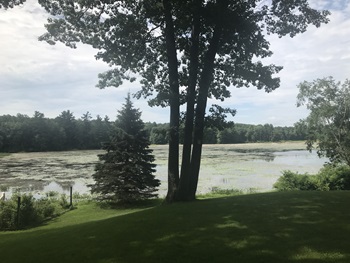 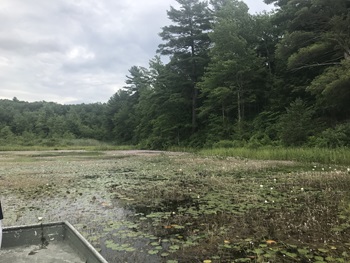 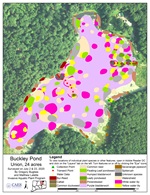 Buckley Pond is a 24-acre waterbody located in Union, CT. The pond is very shallow with an average depth of 1 m. Our CAES IAPP survey found 15 aquatic plant species. There were no invasive aquatic plants; however, common reed (Phragmites australis) was found which is an invasive wetland plant. The other 14 species were all native.