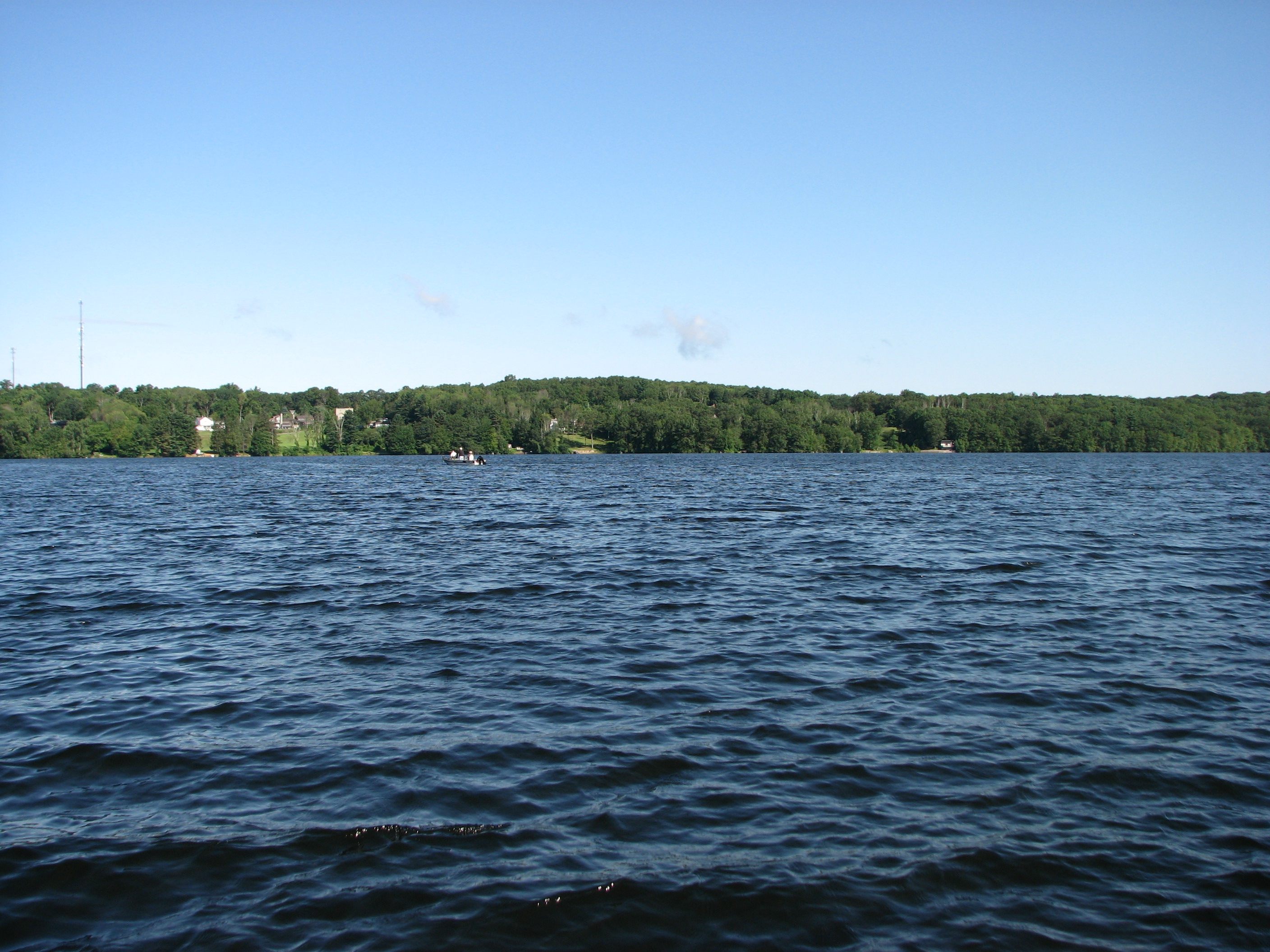 Lower Bolton Lake is a 175-acre waterbody with substantial residential development near its shoreline. The maximum depth is 20 feet and the mean depth is 11 feet. There is a town beach and a state-operated boat launch on the southeastern shore, which allows motors.

Vegetation is sparsely distributed along the shoreline. Almost all of the vegetation is found at depths less than 9 feet. Charaphyte (Chara), spiney-spored quillwort (Isoëtes echinospora), and arrowhead (Sagittaria species) were found most frequently during our July 2005 survey. The invasive variable-leaf watermilfoil (Myriophyllum heterophyllum) was found in a cove on the western shore as well as small waterwort (Elatine minima), spiney-spored quillwort, large-leaf pondweed (Potamogeton amplifolius), eelgrass (Vallisneria americana), slender naiad (Najas flexilis), and arrowhead. Small pondweed (Potamogeton pusillus), purple bladderwort (Utricularia purpurea), and floating bladderwort (Utricularia radiata) were found in one small patch each on the east side of the lake. Golden hedge-hyssop (Gratiola aurea) was found in two small patches in the south, while coontail (Ceratophyllum demersum) was found in multiple small patches in the north and south sections of the lake. Western waterweed (Elodea nuttallii) was also found in the south, as well as on the west shore with white water lily (Nymphaea odorata).