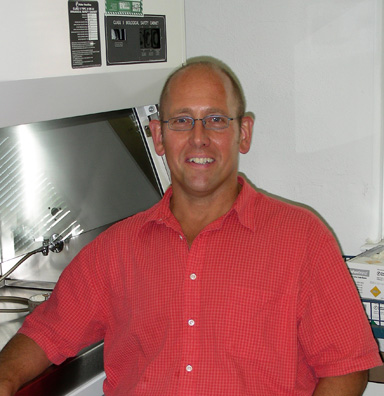 Dr. Marra has expertise in plant pathology, mycology, fungal genetics, population biology, evolution, and molecular biology.  While forest pathology is his principle research interest, Dr. Marra studies a range of plant pathosystems from various perspectives, including population biology, ecology, and mating system evolution.  In collaboration with Dr. Wade Elmer, Dr. Marra identified a new fungal species, Fusarium palustre, a pathogen of the salt marsh grass, Spartina alterniflora, and implicated in salt marsh decline, known as Sudden Vegetation Dieback.  Dr. Marra has also developed interest and expertise in the use of sonic and electrical impedance tomography to assess the internal condition of trees.  Techniques utilized in Dr. Marra’s laboratory include culturing, microscopic analysis, and molecular biology.  Population genetic studies employ several types of molecular markers, including microsatellites, amplified-fragment-length-polymorphisms (AFLPs), and single-strand-conformational-polymorphisms (SSCPs), to study genetic structure and mating patterns in natural populations.  Dr. Marra was instrumental in developing the department’s Molecular Plant Diagnostics Laboratory, in which state-of-the-art molecular technologies, including real-time PCR, are utilized to aid in the rapid identification of plant diseases.  It is through this laboratory that Dr. Marra is annually certified by USDA-APHIS-PPQ to perform molecular diagnostics in annual surveys of Connecticut nurseries and garden centers for the presence of the Sudden Oak Death pathogen, Phytophthora ramorum.

Dr. Marra’s dissertation research investigated the mating system of the chestnut blight pathogen, Cryphonectria parasitica, at both molecular and population levels of study.  He has also looked at population structure in C. parasitica populations, and how site ecology plays a role in genetic structure of populations.  Dr. Marra did his postdoctoral research on the human pathogenic fungus, Cryptococcus neoformans, a basidiomycete yeast that causes cryptococcal meningitis, for which he developed a genetic linkage map.  He also contributed to the C. neoformans whole genome sequencing project.

Dr. Marra conducts research centered on (but not limited to) three important pathosystems:

Neonectria ditissima is an ascomycete fungus that causes target canker on a variety of hosts, particularly on birch (Betulaspp.) trees.  In order to investigate genetic structure in natural populations of this fungus, particularly as it correlates with host density and site ecology, Dr. Marra’s lab has developed a suite of molecular genetic markers, including AFLPs and microsatellites.  These markers are currently being used to test hypotheses on the dispersal and genetic structure of natural populations.

Sudden Vegetation Dieback (SVD) is a disease syndrome of Spartina alterniflora, the marsh cordgrass that is an important component of the estuarine flora of eastern North America.  Dr. Wade Elmer (Plant Pathology & Ecology) has been instrumental in isolatingFusariumfungi from SVD-affected marshes, and has tested their pathogenicity on S. alterniflorain greenhouse studies.  Dr. Marra has studied the phylogenetics of these isolates, and in collaboration with Dr. Elmer has identified at least two new species of Fusarium, one of which, the newly named Fusarium palustre, is a primary pathogen of S. alterniflora.  Current research is focused on using AFLP markers to test hypotheses on the distribution and dispersal dynamics of the fungus in its current known range, from the Gulf Coast of Louisiana to the coast of Maine.

Bacterial spot of peaches is an important disease that affects foliage and fruit, and is particularly important in peach orchards of the northeast, including Connecticut.  To address this problem, Dr. Marra heads a departmental team effort in determining whether bacteriophage viruses can be used to control this disease.

Dr. Marra has also developed knowledge and expertise in the use of a new technology for nondestructively assessing the internal condition of trees, identifying cavities, rot, and incipient decay, long an elusive goal of forest pathologists, arborists, and others interested in knowing the extent of internal decay and defect in trees.  The advent of tomographic technologies has made this goal attainable.  Similar to CAT scans used in medical diagnostics, sonic and electrical impedance tomography use sound waves and electrical currents to detect irregularities in structure and composition, as well as water content.  Combining the results of both types of measurements can result in a remarkably accurate depiction of the tree’s internal condition. 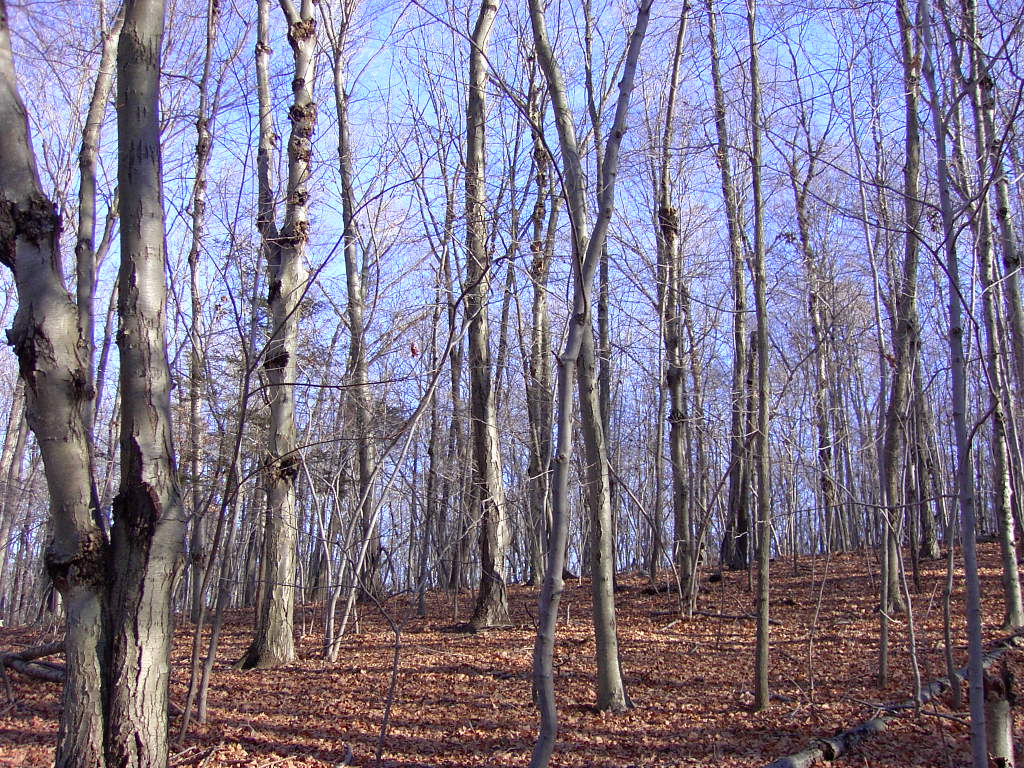 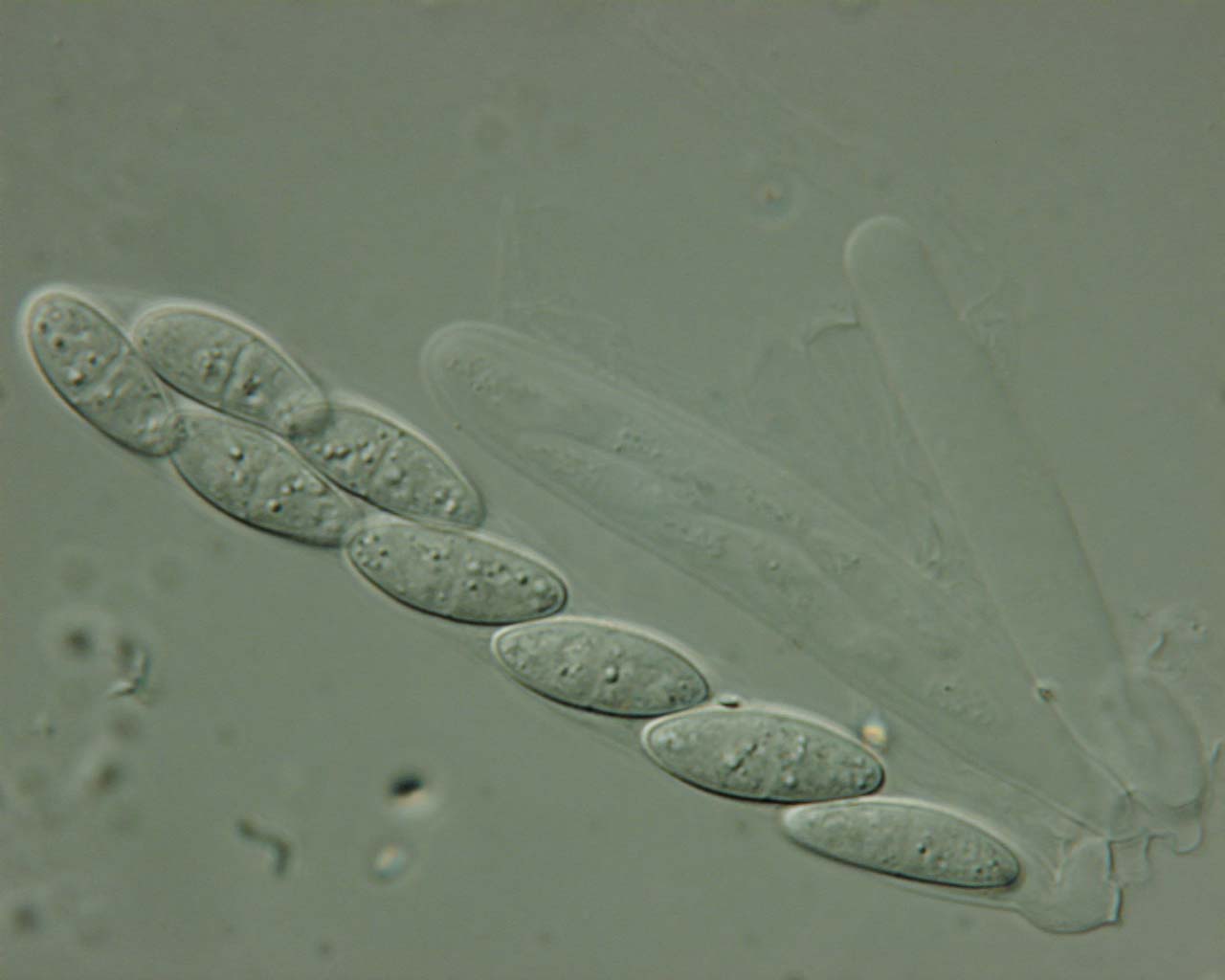