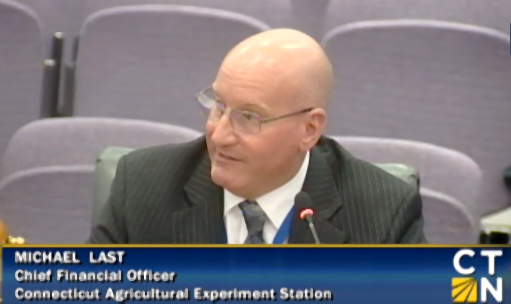 Education:
Michael is a West Haven resident, graduated from Notre Dame High School, and received a Bachelor of Science degree in financial accounting from the University of New Haven in 1988. He is married with two children.

Career:
Michael joined the Experiment Station in 1996 from the Office of the State Treasurer. He began his career with the State of Connecticut in 1989.

Organizations:
Michael is involved in many community groups and organizations including his volunteer service as the President of the West Haven Pop Warner Football and Cheerleading League.