Success Story - Shawntay, Margaret, Brian and Kazuyo’s Happily Ever After 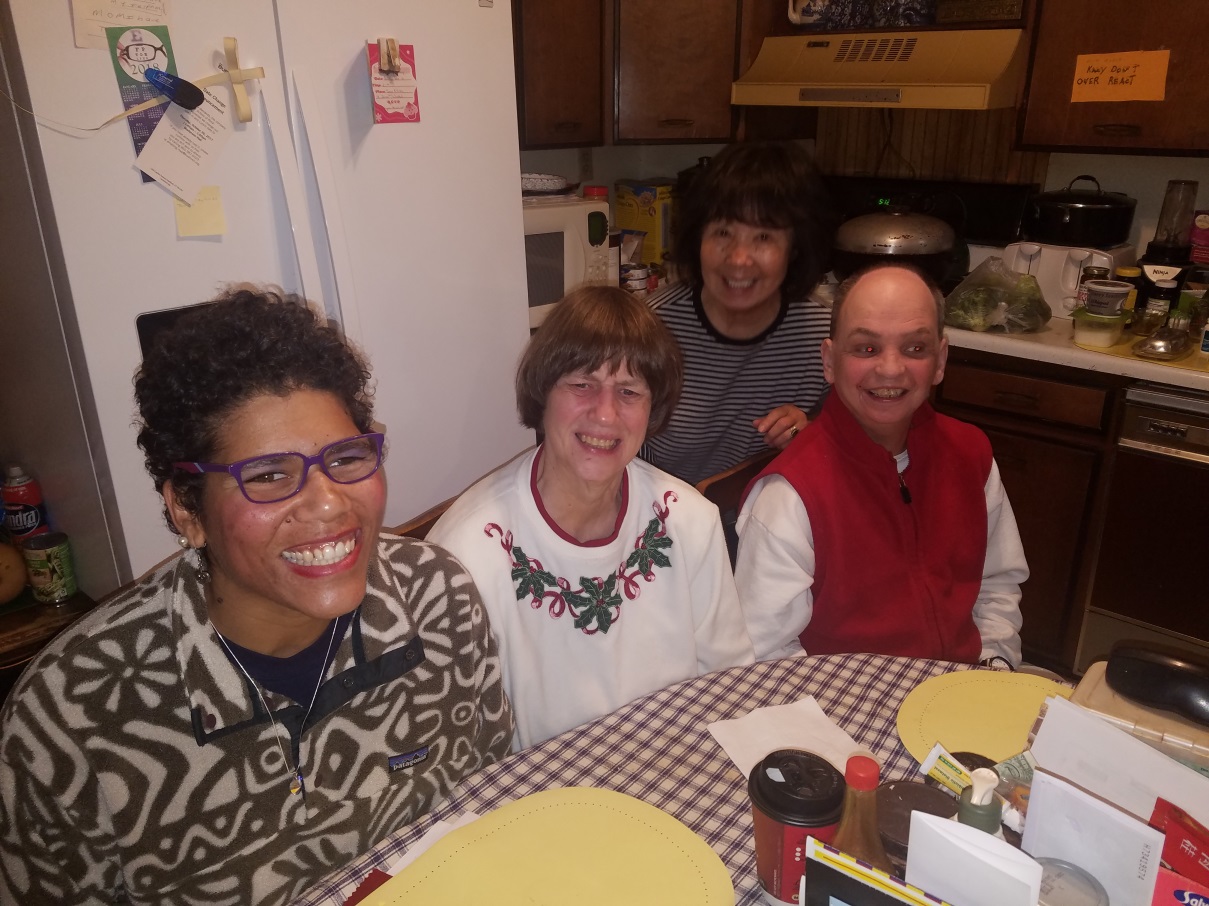 Shawntay, Margaret, Brian and Kazuyo
Living the life you want can be amazing.  Just ask Shawntay Burdine, Margaret Markut, and Brian Wilson.  They live in Winsted with their “mom” Kazuyo Rhoades.  Kazuyo is a Community Companion Home (CCH) provider who has created a wonderful family for Shawntay, Margaret, and Brian.  They have all lived a Self Determined life with Kazuyo for over 15 years!
Shawntay spoke up for herself at her Individual Planning meeting and took charge of her life to find the home where she felt the most comfortable.  She wanted to live with people she could do things with and share some fun!  It is hard to believe it has been 15 years since she moved into her home with Kazuyo.  Shawntay explains that Kazuyo encourages she and her roommates to be more independent.  Shawntay loves having her regular - peaceful - alone times every day.  She enjoys walking to the local coffee shop to get her coffee, and while walking around town she gets great exercise!  She also loves going out to eat and attending church on Sundays.  Since Shawntay has been living with Kazuyo all of these years she said “I love it compared to everywhere else I have been, I learn stuff here”.
Margaret also spoke up for herself and advocated to live with people that she could share and call “family”.  She has resided with Kazuyo for 18 years!  A lot has changed for Margaret over the years.  Margaret moved in with Kazuyo and struggled with diabetes and a bit over weight.  Kazuyo has helped Margaret to live a healthier lifestyle with health food choices, good portioned meals, and exercise.  Within the first three years of moving in with Kazuyo, Margaret lost over 30 pounds, kept her sugar at 3g and no longer had diabetes!  Margaret loves going to her church each Sunday, walks around town for exercise, goes to the local coffee shop and enjoys a good meal at the local restaurants.  Margaret loves to clean and likes to be at home watching TV together with the family.  Each year for Margaret’s birthday, Kazuyo brings the whole family to an old polish restaurant in West Hartford.  They get to eat stuffed cabbage, potato pancakes, kielbasa, garlic knots and more.  We asked Margaret how she likes living with Kazuyo, she said “it’s good, she loves her mom”.
Brian is the man around the house and has been for over 25 years!  Just like Shawntay and Margaret, Brian found his comfortable home when he expressed his interest in living with Kazuyo after he spent some time with her while on respite.  Brain also loves to walk around town with his “sisters” to get coffee and also get a bit of exercise.  Every year since Brian was 28 he has gone to vacation at Camp Horizons where he likes to go swimming, horseback riding, bowling, and arts and crafts.  He has such a good time going there every year!  Brian is the best to ride with in the car; he reminds Kazuyo when the light changes green and red.  Brian said “he loves to watch TV and loves his mom very much”.
This beautiful story gets even better.  The whole family goes out to restaurants, Cheesecake Factory is one of their favorites!  Some of their favorite activities to do are go out to the Bushnell Center for Performing Arts, movie theaters, Elizabeth Park to watch weddings in the summer.  On Sundays Shawntay and Margaret go to their own choice of Churches on separate sides of town.  During the summer time they go to the Riverton Fair, where they entered in the pie eating contest and Shawntay won a prize.  Every year for Halloween Shawntay, Margaret, and Brian enjoy dressing up and participating the Halloween Holiday.  They all know their neighbors and neighborhood very well.  Shawntay, Margaret, and Brian are all there for each other.  Margaret helps Brian make his lunch every day.  Just like any other family, everyone has their own responsibilities around the house.  When its dinner time, everyone pitches in - Margaret takes out the tea and pours the milk, Brian does the napkins, and Shawntay sets the forks on each napkin.
Living as a family is Making Life Happen!  Shawntay, Margaret, Brian and Kazuyo love being a family together/CCH.  When asked what she likes about being a CCH provider, Kazuyo responded, “I don’t have much family and my kids are all grown up so it’s nice to have company and learn many things from each individual.  I love the help around the house too”.  “Shawntay taught me how to write English better, Margaret loves to help me clean and is great at it, Brian is wonderful company to go shopping with.”  Shawntay said that living in a CCH has changed her life.  She suggests, “Just try it and see how you like it, it’s fun!” 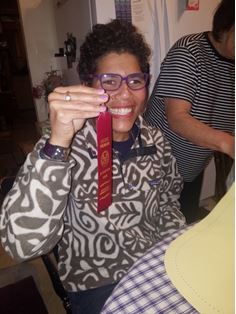 Thanks to James Louchen, Self Advocate Coordinator for this story.