The Office of the Attorney General William Tong 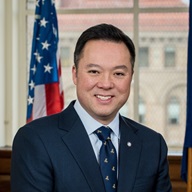 William Tong is the 25th Attorney General to serve Connecticut since the office was established in 1897. He took office on January 9, 2019 as the first Asian American elected at the statewide level, in Connecticut.

Before his election as Attorney General, Tong served for 12 years in Connecticut’s General Assembly representing the 147th District, which includes North Stamford and Darien. Most recently, Tong served as House Chairman of the Judiciary Committee. In this position Tong was responsible for all legislation related to constitutional law, criminal law, civil rights, consumer protection, probate, judicial nominations and the Judicial branch, and major areas of substantive law.

A Connecticut native, Tong grew up in the Hartford area and attended schools in West Hartford. He graduated from Phillips Academy Andover, Brown University and the University of Chicago Law School. He has practiced law for the last 18 years as a litigator in both state and federal courts, first at Simpson Thacher & Bartlett LLP, in New York City and for the past 15 years at Finn Dixon & Herling LLP, in Stamford.

Tong is the oldest of five children, and grew up working side-by-side with his immigrant parents in their family’s Chinese restaurant. He and his wife, Elizabeth, live in Stamford with their three children and too many pets. Elizabeth is Vice President of Tax for North America for Diageo Corporation. 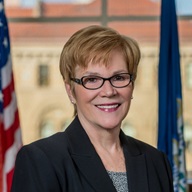 She and her husband, Wayne, live in Granby. They have four children and seven grandchildren. 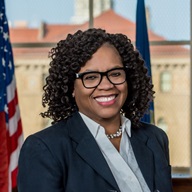 Antoria D. Howard serves as the Associate Attorney General for Administration and Management, a position she has held since 2013.

In this role, she is responsible for the overall management of the staff of the Office of the Attorney General, including overseeing the budget of the office, as well as human resources. She also is responsible for staff development, professional training, office policies and procedures. Antoria is a faculty and advisory board member of the National Association of Attorneys General Training and Research Institute (NAGTRI).

Antoria joined the Office of the Attorney General in 1997, and was assigned to the Public Safety Department. In this department, she represented the Connecticut State Police and the Department of Correction, among other agencies, in state and federal court.

In 2001, Antoria transferred to the Employment Rights Department, which was a newly-created department established to handle all employment-related matters for all state agencies. In this department, she defended state agencies, employees and officials in court and at administrative agencies in employment discrimination actions. Antoria is an experienced litigator having tried many state and federal court cases to verdict.

Antoria was appointed as Department Head of the Employment Rights Department in 2011 where she supervised a staff of attorneys, paralegals and administrative professionals, in addition to advising state agencies on employment-related issues.

Prior to the Attorney General's Office, Antoria was an Adjudicator and an Administrative Hearings Attorney at the Department of Public Health. She also spent several years in private practice where she specialized in housing and family law.

Antoria received her undergraduate degree from Mount Holyoke College and her law degree from the University of Connecticut School of Law. Antoria is a native of Baltimore, Maryland, where she attended public and private schools. She is married, has two sons, and currently resides in Bloomfield. 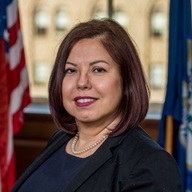 Sandra G. Arenas was appointed as the Special Associate Attorney General for Constituent and Consumer Affairs in 2019 by Attorney General William Tong after he was sworn-in to office on Jan. 9, 2019. In this role, Sandra handles all matters relating to consumer and constituent concerns.

Prior to her appointment, Sandra served as an Assistant Attorney General for 22 years in the Consumer Assistant Unit in the Department of Consumer Protection. She was responsible for mediating disputes between consumers and retail businesses and recovered in mediation approximately $1.5 million for consumers. Sandra also investigated violations of the Connecticut Unfair Trade Practices Act (CUPTA) and enforced the act in Connecticut.

Prior to joining the Connecticut Attorney General's Office, Sandra worked as an Assistant Attorney General in the Harlem Regional Office of the Attorney General. In this role, she litigated civil and criminal cases under New York Consumer Protection laws and conducted and participated in consumer outreach to the Latino community.

After graduating from the University of Connecticut School of Law, Sandra started her legal career at a law office in Bronx, New York where she worked as an Associate Attorney for two years.