January 19, 2022, Meeting Update Notification: The January 19, 2022, Connecticut State Board of Education meeting will be held at 450 Columbus Boulevard, Hartford, at 9:30 a.m. The wearing of masks is required of all persons entering 450 Columbus Boulevard, as well as during the meeting. All mask and social distancing protocols will be adhered to during the meeting. This meeting will be live streamed and can be viewed here: https://www.youtube.com/watch?v=rAyxss_PnAM

Students will brainstorm in small groups using charts, primary sources to answer the supporting and compelling questions. They should have access to the internet.

Students will brainstorm in small groups about what makes a good/bad job. They will report out to the larger group. Use the following prompts:

Study the photograph taken of women workers at Colt’s Firearms during World War I. What makes this job look like a good one?  What would be difficult about this job?

General view of a section of the Colt’s automatic firearms plant in Hartford, where many American women took the places of men who had joined the services, April 1918. Connecticut State Library

Ask students: if a worker’s working conditions are not good, what are his or her choices?

Record answers that reflect the following and more:

Read about the history of Colt’s Firearms in Hartford from the historical context above and from primary and secondary sources provided in the links in the table below. Look at the first 3 primary sources in the Google Slides presentation. What factors helped give workers power? What factors gave employers power? Why did the workers want to join a union?

In the chart below you will find 15 factors which can aid the workers, the employers, both or neither. Give reasons why you think this factor helps or hurts in the boxes. Sources for information are linked to the factors. 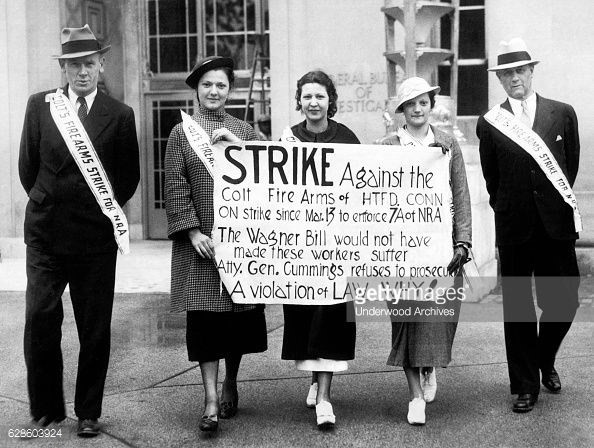 Analyze the photograph “Strike at the Colt’s Firearms factory.” What are these strikers, who are in Washington, D.C. thinking caused this strike? In your research, how important a role does the government play in workers’ rights? This is slide 5 in the Google Slides presentation. 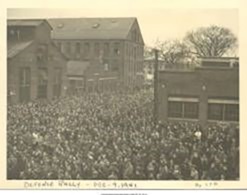 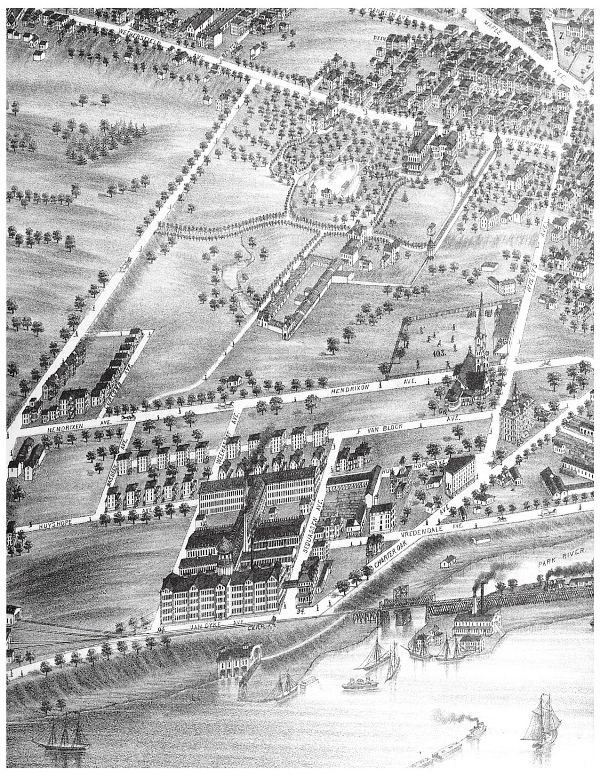 A bird’s-eye view of “Coltsville,” 1877. This industrial village along the Connecticut River in Hartford included Samuel Colt’s famous onion-domed factory (foreground), and behind it, workers’ housing, a baseball field, and a church.  To the right of the armory and below the church is Charter Oak Hall, where workers could engage in numerous leisure activities. A detail from the lithograph “City of Hartford” (1877) by O. H. Bailey, courtesy of The Connecticut Historical Society.

To use Katz and Wagner’s language, the Colt Armory was the “anchor firm” of the Hartford “innovation district,” which grew to include the Weed Sewing Machine Co., the Pope Manufacturing Co. (bicycles, automobiles), both the Underwood and Royal Typewriter companies, and Pratt & Whitney (machines tools), the last of which was a spin-off founded by two former Colt machinists. http://invention.si.edu/rise-innovation-districts 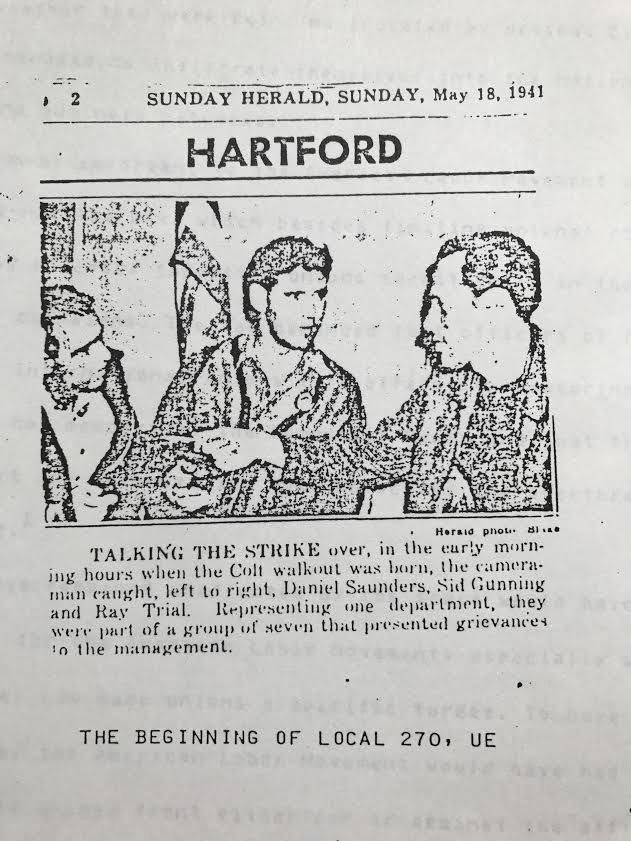 Men and women picketing in front of the FBI office in Washington DC, May 23, 1935, protesting the lack of Federal action in the strike at the Colt Firearms plant in Hartford where the machine guns of the Federal officers are manufactured.