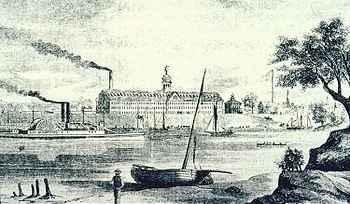 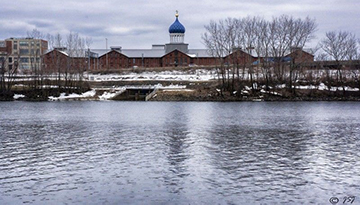 The Colt’s Firearms Company, founded in 1855 by Samuel Colt, is known for engineering, production, the use of machine tools to produce and market firearms. It is also known for tension between management and workers.

In this exercise, you will use various types of documents to assess workers’ reactions to industrialization in the 20th century and evaluate the reasons they chose to join together and go on strike and join a union.

Between the 1850s and 1920, Colt’s dominated the gun industry and influenced the making of guns and machine tooled products nationwide. Colt’s workers were the first among gunmakers to use interchangeable parts to make the whole gun. The company led in international marketing and using an assembly line.

The assembly line sped up production; at the same time, it took away the need for skilled craftsmen who could produce the entire gun. Colt used machine tools that could make parts to exact measurements, making them interchangeable with the same type of gun. This made it easier to hire workers with less skill for the assembly line. The less skill a worker had, the more easily the worker could be replaced and the less the worker could be paid.

During World War I, the advancement in machine tools, and the increasing need for unskilled workers, led to the hiring of more women for the assembly lines. At Colt’s, like many other manufacturers, management found that women could do the necessary work, and did not have to be paid as much per hour. Generally workers did not control the speed of the assembly line, nor did they have the satisfaction of completing the whole product.

Colt’s was one of the first companies to market internationally. Colt’s sold weapons to both sides in the Crimean War (1854-1856 near the Black Sea). During World War I, Colt’s sold guns to countries in Latin America and also supplied the Allies.

Samuel Colt built his Armory in 1855, and built his home Armsmear in 1856 on top of the hill looking down on the factory and the Connecticut River. He also built 20 small tenements and 10 three-story houses in a workingmen’s village in the factory neighborhood for his workers on Huyshope and Van Block Avenues, making Coltsville a company town.

As for working conditions, Colt established a ten hour day, had washing stations installed in his factory, and made sure that each worker had a one hour lunch break. He built Charter Oak Hall, where workers could play games, read newspapers and hold discussions. The factory sponsored softball and bowling leagues and a Colt’s Armory Band in an effort to build loyalty and pride in the company. Samuel Colt provided these benefits for his workers and, at the same time, became one of the ten wealthiest business owners in the U.S.

Colt was a strict employee who fired workers for being tardy, for shoddy work, or even for suggesting improvements to the revolver design. Even with attempts to promote loyalty, traditions of 19th century craft workers had profound effects on the outlook of workers at Colt’s. Skilled machinists, polishers, toolmakers all felt they had the right to control the pace and organization of work. The union the workers belonged to educated them in this way.  But, in the 1900s and 1910s, male workers lost control of production with the new machines, and sometimes even women took their jobs. This became the objects of strikes.

In popular culture, Colt’s was seen as a good place to work.  But, Colt’s workers had a militant tradition. They held strikes in 1901, 1912, 1915, 1916, and 1918. The workers were part of the International Association of Machinists and some of these strikes were nationwide. These strikes aimed to get workers a signed contract, restriction on the use of apprentices, grievance procedure, and 10 hours pay for 9 hours work.

In reaction, manufacturers joined together in the Hartford Manufacturers Association to combat the union. The union was able get the 10 hours pay for 9 hour day, but without union recognition. The IAM and the Metal Polishers Union did not allow women to be members, so Colt’s hired women to replace the union members during World War I.

During World War I, Colt’s workforce grew from 2400 in 1916 to 10,000 employees in 1918. In the 1920s, under President Samuel Stone, the company diversified by getting contracts for business machines, calculators, dishwashers, motorcycles, and cars. They bought a firm which made plastics and one that made electrical products. The company survived by cutting the work week, reducing salaries, and keeping more workers on the payroll than they needed.

The workers tried to unionize several times - the first in the mid-1930s under Section 7-A of the National Industrial Recovery Act. The strike ended when the Supreme Court struck down the NIRA in the 13th week of the strike and when radicals detonated a small bomb on Stone’s doorstep to his West Hartford home. During World War II, the workforce grew from 1300 in 1940 to 16,000 by 1943. The workers finally got unionized in 1941 in the United Electrical Workers Union.

In 1933, as part of the New Deal, Congress passed the National Industrial Recovery Act.  Title I of this act guaranteed rights to unions, making it necessary for companies to negotiate with their unions. This law encouraged union organizing and spawned a considerable amount of labor unrest, particularly in auto, rubber, mining and steel industries. The law spurred the establishment of the Congress of Industrial Organizations within the American Federation of Labor. While the AFL organized people by skill and craft (like metal polishing, cigar makers, upholsters, sheet metal workers), the CIO wanted to organize all workers - skilled, semi-skilled and unskilled - in an industry into one union. The law was set to expire in June 1935.  Before it did, the Supreme Court found the law unconstitutional on May 27, 1935 in the Schechter Poultry v. US case. The Wagner Act, or National Labor Relations Act passed in July 1935, replaced it.

In World War II, Colt’s workforce grew to 16,000 in 3 factories with 3 shifts, 24 hours a day. “However, the company lost money every year due to mismanagement, embittered workforce that had been stretched to its limits, and manufacturing methods which were becoming obsolete.”

Both the American Federation of Labor and the Congress of Industrial Organizations tried to organize the workers. In 1941, the United Electrical workers, part of the CIO won collective bargaining rights through to 1948.

In 1948, as the House Un-American Activities Committee forced union leaders to swear to not being a Communist, UE leaders refused. The UAW, an AFL affiliate, came in and took over from the UE through a vote.

Look at the first two documents in the Google Slides presentation to see 19th-century depictions of the factory.