Paraeducator of the Year 2020 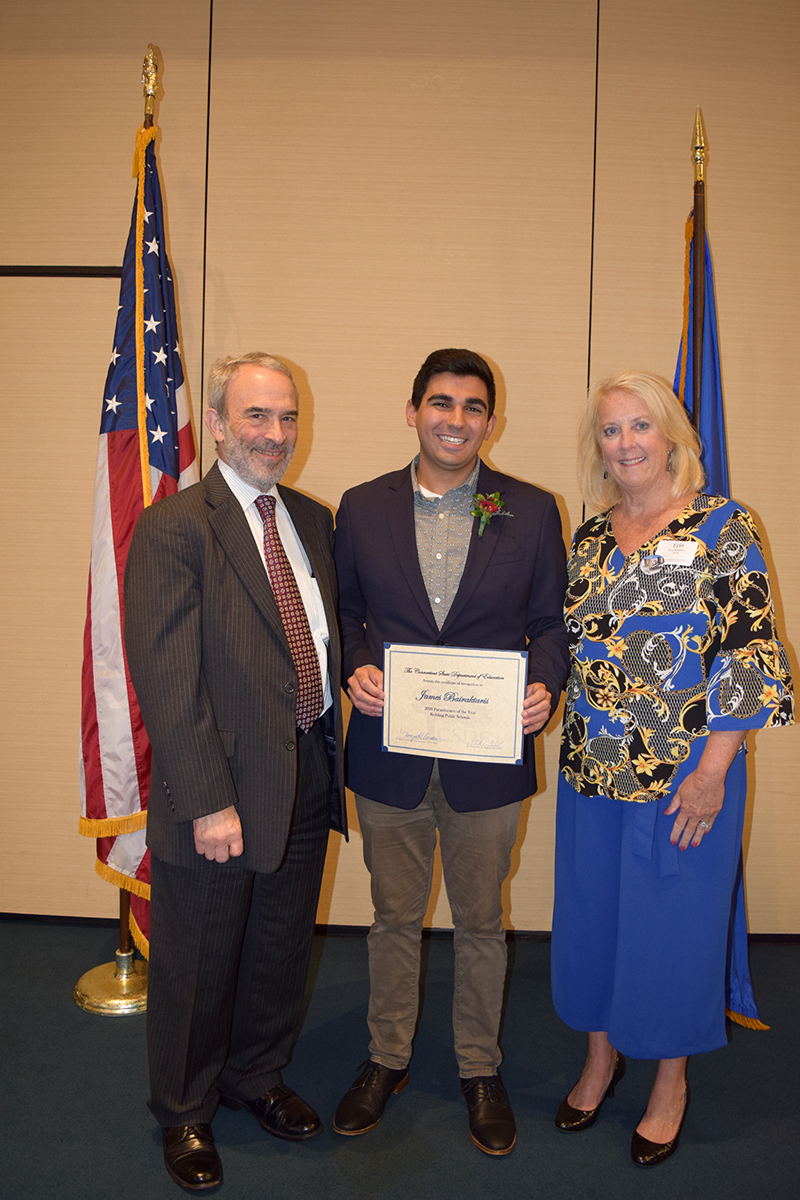 James Bairaktaris, known to his school community as “Mr. B” and everyone else as “Jaime”, started working as a Paraeducator in 2016 at Redding Elementary School (RES). He had just started his freshman year of university at Sacred Heart University, and was invited to work at the school while attending his own. His passion and skill were apparent, as he was requested to work as a 1:1 paraeducator with students receiving Special Services, and as a long-term paraeducator with a behavioral therapist soon thereafter.

Now a Westport resident, Jaime has the unique experience of also being an RES alum - being a student at the school with his triplet brothers from 2002-2008. He enjoys being able to return to his hometown roots in the traditional New England school building and work with the educators and paraeducators who helped raise him.

When not at work, Jaime keeps busy working within the local and international communities. He is a volunteer Crew Chief and Board Member with the Westport Police Department’s division of Emergency Medical Service, a Contributing Photographer with WestportNow News Media, an environmental educator with Earthplace, the Nature Discovery Center, and also can be seen behind the counter at Saugatuck Sweets in Westport.

He travels often to learn about other cultures, bringing back children’s books and stories from the countries he visits. He still travels to Naples, Italy annually to continue work with Centro La Tenda, an at-risk-youth shelter within the city’s center - the organization that began his traveling in the first place while in high school.

As Connecticut’s 2020 Anne Marie Murphy Paraeducator of the Year, Jaime believes that age does not affect one’s ability to help others as long as they’re passionate. His passion for helping others was built during his own childhood by his teachers and paraeducators, and now he hopes that he can instill that same sense of kindness and confidence in his own students.