Paraeducator of the Year 2017 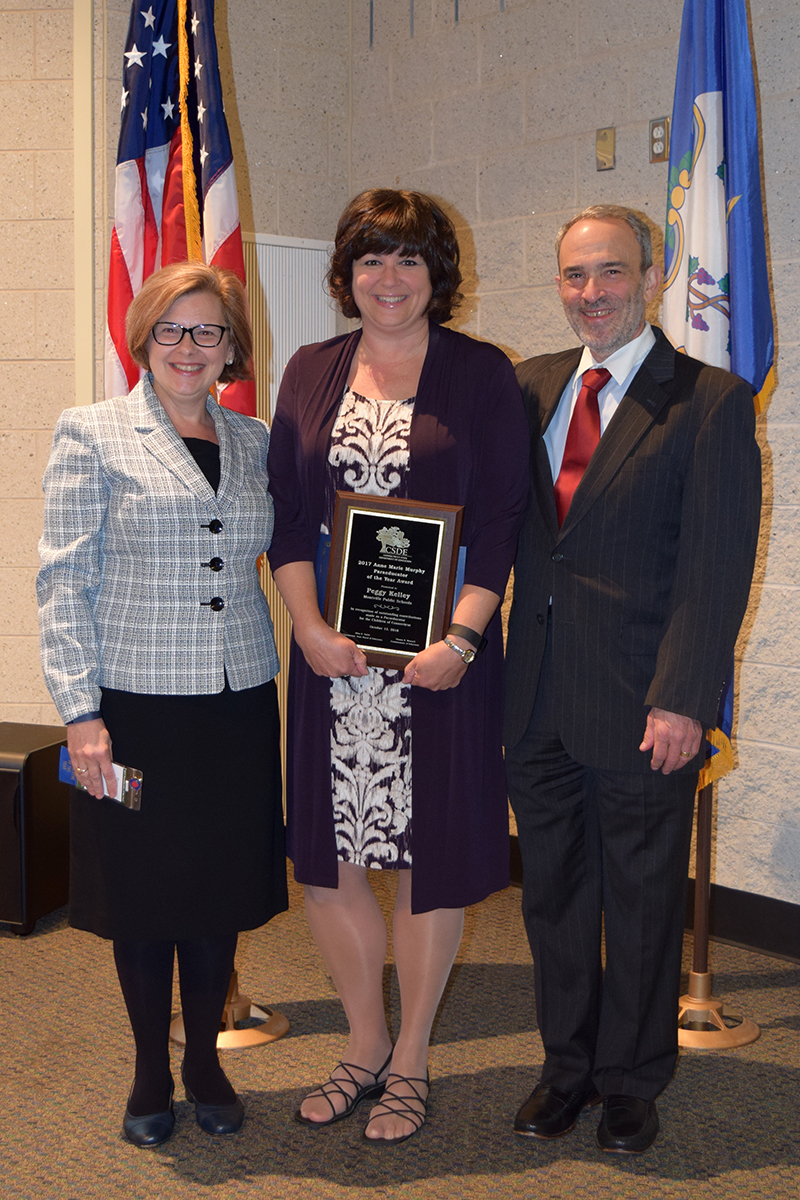 The Connecticut State Department of Education (CSDE) recognizes paraeducators selected each year by their districts for their accomplishments and contribution to the students they serve, their schools and their communities. These honorees represent the commitment, passion, and dedication that many paraeducators in Connecticut demonstrate each and every day. Each year, one of these honorees is selected by the CSDE as the recipient of the Anne Marie Murphy Paraeducator of the Year Award. This individual serves as the spokesperson and representative of the paraeducator profession during the following year.

Paraeducator of the year 2017, Peggy Kelley with Commissioner Dianna Wentzell and Chairman of the Board Allan Taylor