In March 2013, the Connecticut State Department of Education (CSDE) and the School Paraprofessional Advisory Council renamed the Connecticut Paraeducator of the Year Award to the Anne Marie Murphy Paraeducator of the Year Award in honor of Anne Marie Murphy, a special education paraprofessional who lost her life during the tragedy at Sandy Hook Elementary School on December 14, 2012. Anne Marie was born July 25, 1960, in Mount Kisco, NY, the daughter of Dr. Hugh and Alice McGowan of Katonah and graduated from St. Mary's School in Katonah, John F. Kennedy H.S. in Somers, NY, and Southern CT State University with an MS degree in Education. Anne Marie leaves behind four courageous children, Kelly, Colleen, Thomas, and Paige. 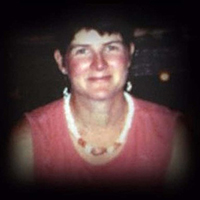 After the tragedy, the family of Dylan Hockley released a statement saying that their 6-year old baby boy died in the loving arms of Mrs. Murphy:

"We take great comfort in knowing that Dylan was not alone when he died, but was wrapped in the arms of his amazing aide, Anne Marie Murphy. Dylan loved Mrs. Murphy so much and pointed at her picture on our refrigerator every day. Though our hearts break for Dylan, they are also filled with love for these and other beautiful women who all selflessly died trying to save our children."