One of the primary goals of a mastery-based grading system is to produce grades that more accurately reflect a student’s learning progress and achievement, including situations in which students struggled early on in a semester or school year, but then put in the effort and hard work needed to meet expected standards. If you ask nearly any adult, they will tell you that failures—and learning to overcome them—are often among the most important lessons in life. Yet many traditional grading systems penalize students for a single failure or poor test performance. Failures are nearly always encountered on the path to understanding and success, and mastery-based approaches to grading can help teachers, students, and parents to focus on the end goal—learning the most important knowledge and skills—rather than the struggles or mistakes made along the way. Another advantage of mastery-based grading is that learning progress and achievement are more clearly documented for students and parents. Consider, for example, this question: What does a C mean? While the grade is a deeply familiar symbol, and more or less everyone has received a C at some point, what does the grade actually convey about learning? What was taught in the course? What knowledge did those C students acquire? What skills did they learn? Can the students write well, do math, conduct research, think critically, communicate effectively, or use a computer? Did they work hard and make a lot of progress over the semester, or did they slack off and hardly try at all? The fact is that a C just doesn’t tell us much. When mastery-based grades are connected to clearly articulated learning standards, educators and parents know, with far more precision, what a student has actually learned or failed to learn. In this section, school leaders and teachers will find detailed guidance on developing a mastery-based grading and reporting system.

Read about: Designing a Grading System 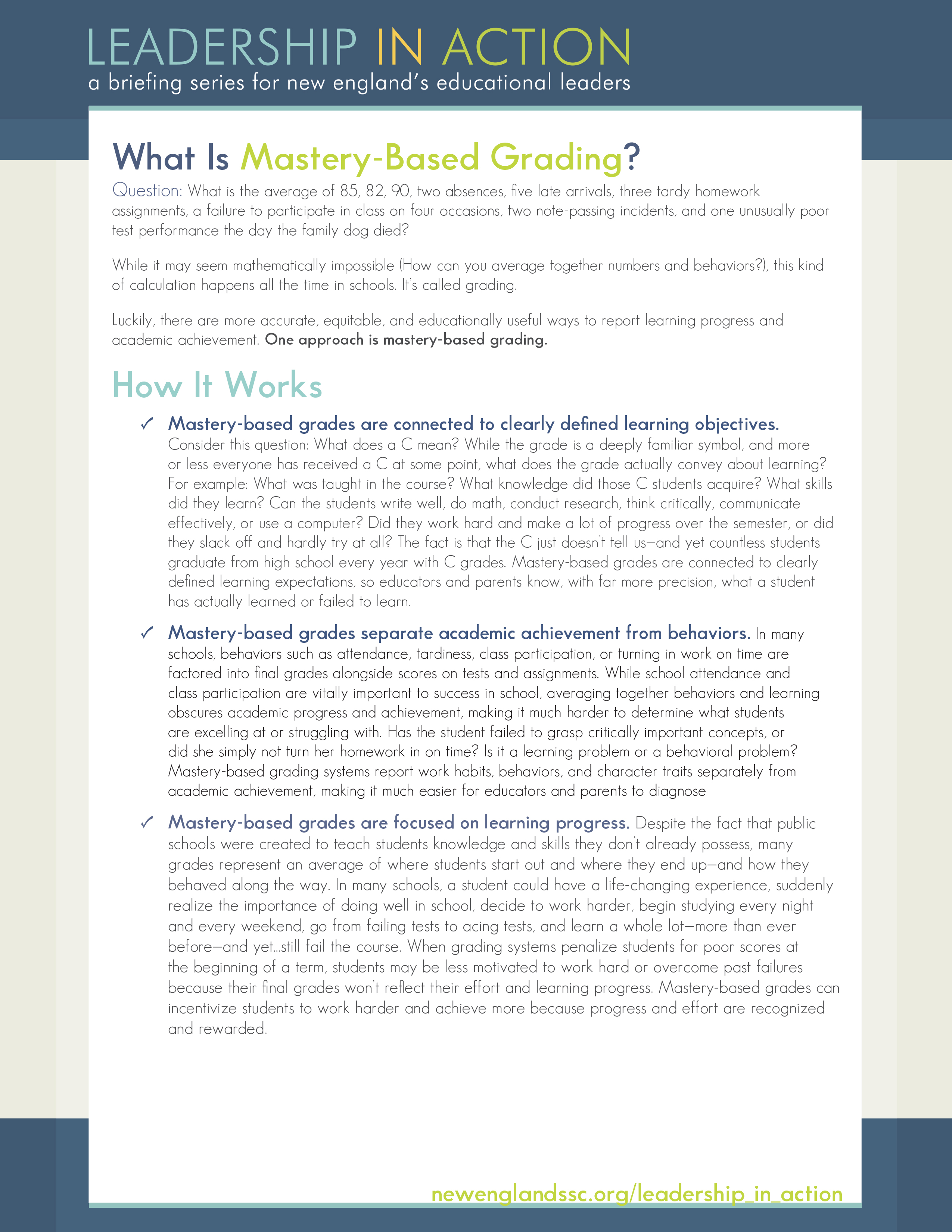