“We continue to see high numbers of mosquitoes carrying West Nile virus, especially in coastal Fairfield and New Haven counties and in the greater Hartford area,” said Dr. Philip Armstrong, Medical Entomologist at the CAES. “This includes mosquito species that feed readily on humans, which increases the risk of infection. Now is the critical time of year when virus activity reaches its peak in the mosquito population."

“August and September are the months when people are at greatest risk of West Nile virus infection,” said Dr. Jason White, Director of CAES. “We strongly encourage Connecticut residents to take simple steps to prevent mosquito bites, such as using insect repellent and covering bare skin, especially during dusk and dawn when biting mosquitoes are most active.”

To reduce the risk of being bitten by mosquitoes, residents should:

Figure 1. Connecticut towns in which WNV-infected mosquitoes have been detected in 2022. 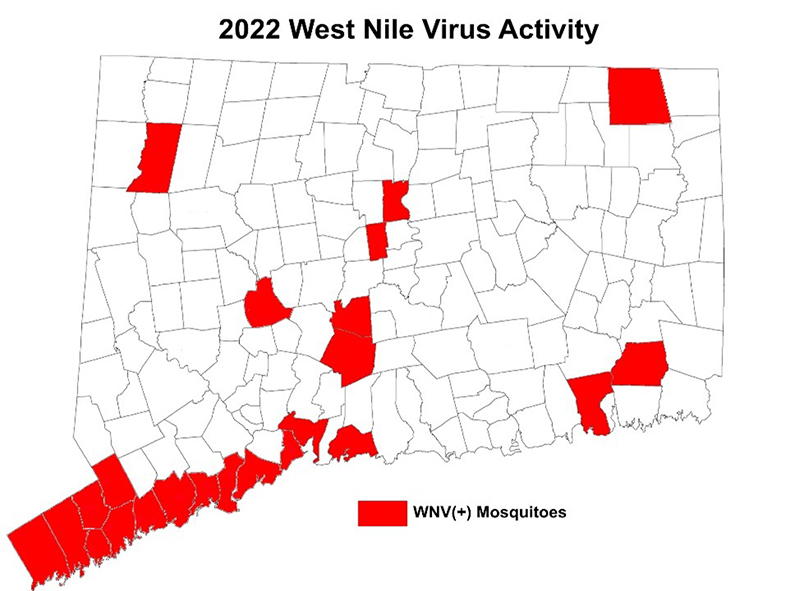 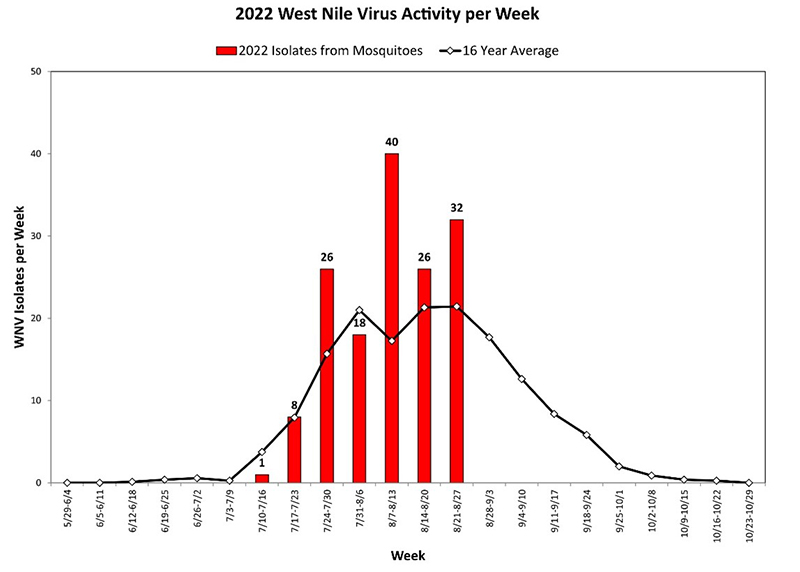 The CAES maintains a network of 108 mosquito-trapping stations in 88 municipalities throughout the state. CAES begins mosquito trapping and testing in June and continues into October. Positive findings are reported to local health departments and on the CAES website.

For information on WNV and other mosquito-borne diseases, what can be done to prevent getting bitten by mosquitoes, the latest mosquito test results, and human infections, visit the Connecticut Mosquito Management Program website.